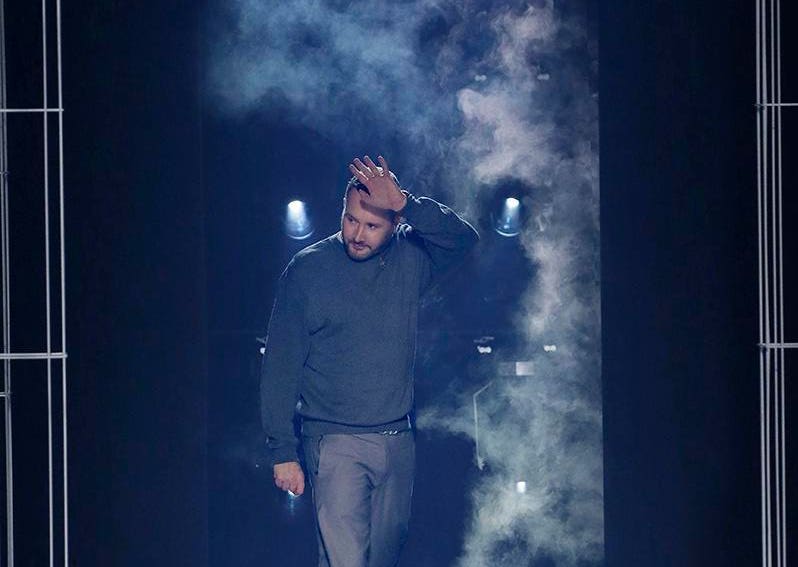 Kim Jones paid homage to the Eternal City- Rome- in Fendi’s SS22 Couture collection that was unveiled in the City of Lights-Paris- today. It’s a collection ready for red carpets and film festivals with all the various gowns he created. And, it’s a collection that taps into fantasy as well as reality, and as the House puts it, “in an otherworldly present.” It’s clear from this collection that Jones is seeking to uplift the femininity of womanhood with the cuts, tailoring, and regal designs.

“When you walk down the street in Rome, you are constantly moving back and forth in time,” shares Jones in house notes. “Where we work feels very modern, but you pass monuments on the way there. There’s a total timelessness to the city: a historic vein which runs through it, but also a movement that is projecting forwards.”

Roman statues are printed on many of the looks. Photographs are distorted and printed on duchesse silk and organza, and later drawn out with traditional beading and mother of pearl. Long structured gowns are in black, white, and a mix of the two. It’s very much a monotone color palette throughout the collection with hints of red. Short knee-length dresses are paired with long flowing capes. Jones has sought to bring out the spiritual side of Rome. “Lavish craftsmanship is applied to their sci-fi silhouettes; elsewhere, ceremonial asceticism overlaid with astral fantasy. Fluid fabrics are draped atop shimmering bodies; baguette beads luminous with light; hand-embroidered tights appearing as a second skin,” notes the House.

As Jones noted, Rome is constantly ebbing in and out of the old and the new, so he incorporated time-honored craftsmanship and modern techniques into the collection. The statues that sit out front of Fendi’s Palazzo della Civiltà Italiana are hand painted in chiaroscuro on sheared mink and velvet.

In other Fendi news, Silvia Venturini Fendi created the Baguette Bag- done in limited edition for HBO Max Series ‘And Just Like That.’ Fendi is collaborating with actress Sarah Jessica Parker for the custom pink sequin bag, worn by her character Carrie Bradshaw in episode 9, which airs tonight. Made of 3D pink sequins it is inspired by the original version from the Fendi FW99 collection. The bag will be available on fendi.com mid-February as a limited-edition style.

In all that Jones does for womenswear at Fendi, one thing is to hone in on the empowerment that’s already in women through fashion. “That’s what my vision for FendiI is all about,” he states: “celebrating the power of women.”