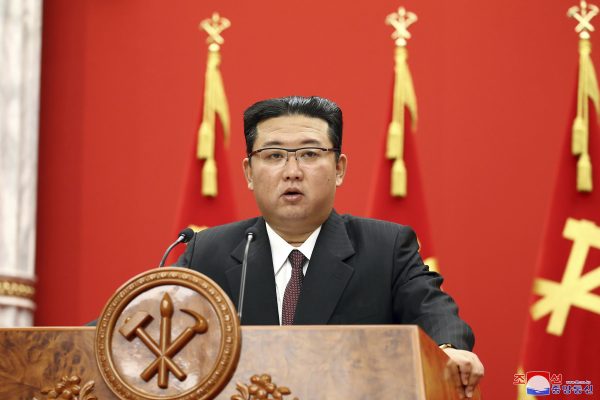 Suzuki Masayuki, the first person to be awarded a doctorate in North Korean politics in Japan, called the North Korean political system the “Supreme Leader system” (Suryeong-je), which he defined as “a system that aims to ensure continuous leadership by the Supreme Leader across generations,” in his “Kita Chosen: Shakaishugi to Dento no Kyomei” (North Korea: Confluence of Socialism and Tradition) (University of Tokyo Press, 1992). At the time of publication, North Korea was still led by Kim Il-sung, but it is surprising how Suzuki’s thinking remains an effective analytical model nearly 30 years later. A translation of the book was also made available for South Korea, and it is no wonder that it was widely read as basic reading and a textbook in North Korean studies in the 1990s.

Since November 2021, South Korean media have all reported that Kim Jong-un has begun to be called “Supreme Leader” (Suryeong) in North Korea, with major media outlets in neighboring countries carrying similar reports.

However, this South Korea reporting is misplaced. That Kim Jong-un is being called “Supreme Leader” is nothing new; Japanese researchers and analysts first began noting it last fall.

More specifically, it started with a joint editorial by the Rodong Sinmun and the Kulloja dated October 3, 2020, titled “The feats of our party unselfishly serving the people cannot be defeated.” The Rodong Sinmun is a daily Worker’s Party of Korea newspaper, while the Kulloja is a monthly party magazine, and joint editorials of the two carry important ideological meaning. This joint editorial, the sixth since Kim Jong-un took power, said, “Kim Jong-un is the great Supreme Leader of the people who is tirelessly strengthening and developing our Party as a revolutionary party that unselfishly serves the people.” With the 8th Congress of the Workers’ Party of Korea coming up three months later, this was part of the preparations to make Kim Jong-un the General Secretary of the Workers’ Party of Korea.

Subsequently, the number of articles calling Kim Jong-un “Supreme Leader” has continued to increase, and he was even called “outstanding Supreme Leader” in May 2021. The Rodong Sinmun’s editorial of May 31, grandly published on the front page, used the expression “the respected Comrade Kim Jong Un, an outstanding  Supreme Leader of the Juche revolution and peerless statesman.”

“Supreme Leader” was originally a designation used for Kim Il-sung only, and if the expression “Great Leader” (the usual translation for “Uidaehan-Suryeong-nim”) is used, that still generally means him. That is an important designation that surpasses specific posts such as President of the State Affairs Commission or General Secretary of the Workers’ Party of Korea, and with this move Kim Jong-un is finally placing himself fully alongside his grandfather and father. Given that North Korean media outlets did not start to call Kim Jong-il “Supreme Leader” until after his death, 37-year-old Kim Jong-un has acquired the title at a much earlier stage.

It is now a full decade since Kim Jong-un became North Korea’s “Supreme Leader.” Over the years he has become more confident in holding the reins of power, with frequent changes in his senior officials, thorough ideological education of the people, and short bouts of intensive nuclear missile development.

Of course, one challenge that remains for this “great Supreme Leader” is the economy. It is with this awareness that he attended history’s first U.S.-North Korea summit in 2018, but unfortunately he found U.S. President Donald J. Trump a difficult negotiating partner. Following the breakdown of talks in Hanoi, Kim was forced to revert to “self-reliance,” but North Korea will need sanctions to be lifted before there can be any major improvement in the lives of its people. That in turn will inevitably involve further talks with the United States.

As Kim enters his second decade in power, it remains to be seen whether or not any good will emerge from him becoming “great Supreme Leader” and “outstanding Supreme Leader” and specifically whether he will be able to successfully address the major economic and diplomatic challenges that confront his country.