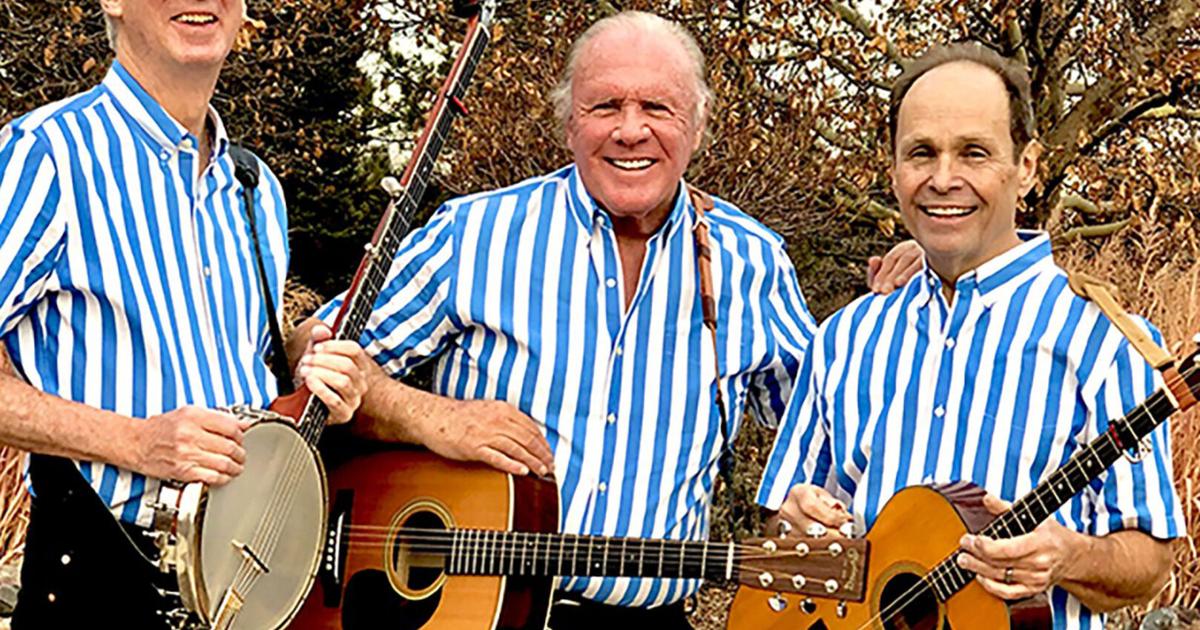 KENOSHA — The Kingston Trio, an American folk and pop music group that helped launch the folk revival of the late 1950s to late 1960s, is performing Saturday night, June 25, in the Rhode Center for the Arts, 514 56th St. in Downtown Kenosha.

The 7 p.m. performance is a fundraiser for the Lakeside Players community theater troupe.

The group started as a San Francisco Bay Area nightclub act with an original lineup of Dave Guard, Bob Shane and Nick Reynolds.

The trio was popular around the world and helped alter the direction of popular music in the U.S.

The Kingston Trio was one of the most prominent groups of the era’s pop-folk boom, which they kick-started in 1958 with the release of the Trio’s first album and its hit recording of “Tom Dooley,” which became a No. 1 hit and sold more than 3 million copies as a single. Another huge hit was “Where Have All The Flowers Gone?”

The Trio released 19 albums that made Billboard’s Top 100, five of which hit the No. 1 spot.

In 1961, Guard left the group and was replaced by John Stewart, a guitarist, banjo player, singer and songwriter.

The Kingston Trio continues to tour with musicians who licensed the name and trademark in 2017.

Tickets are $45 for general admission, $60 for VIP seats (the first three rows) and $200 for a table (with seating for four people and tableside service). For more information and to purchase tickets, go to rhodecenter.org.