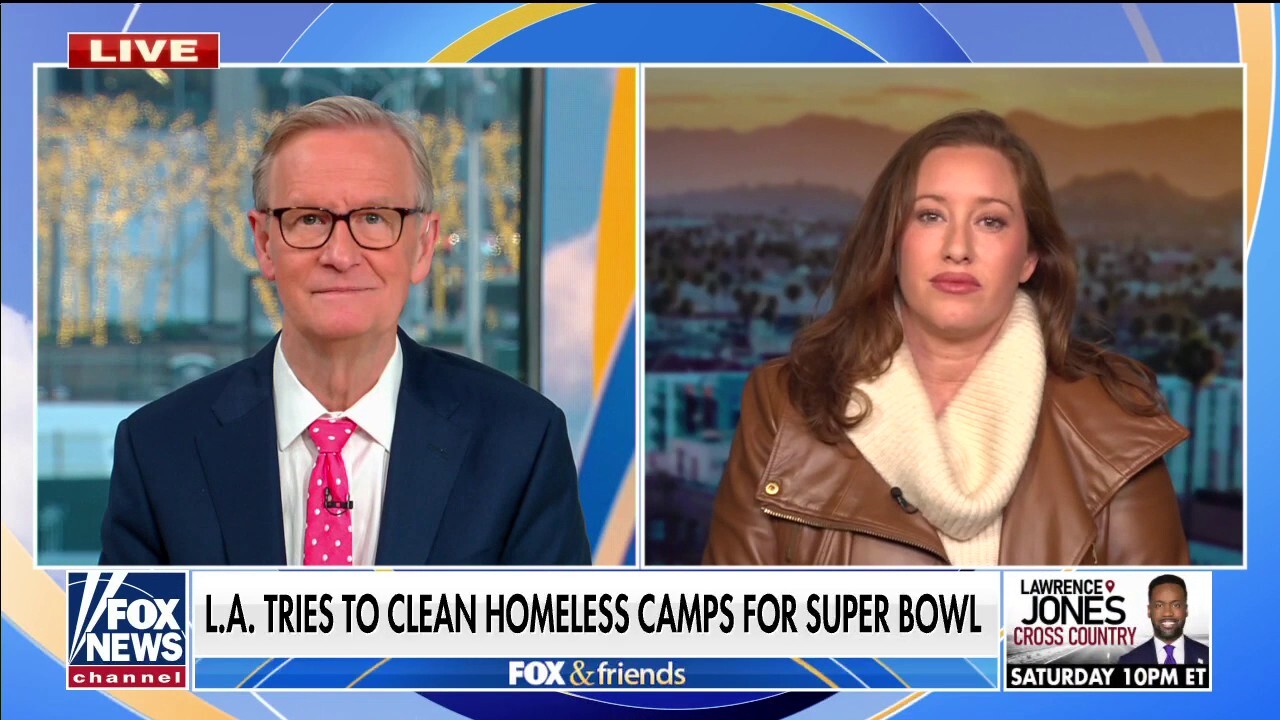 Los Angeles, California is cleaning up homeless camps ahead of this year’s Super Bowl and one resident told “Fox & Friends” Thursday that the city’s politicians are looking for a quick-fix rather than offering long-term solutions.

“We see time and time again that our politicians offer Band-Aid solutions and the encampments just move. There’s no fix to really get the people on the right track and get them the help that they need,” Venice neighborhood council member Soledad Ursua told co-host, Steve Doocy.

Ursua went on to say that Los Angeles has a long history of attempting to sweep its problems under the rug and hide the homeless crisis from city tourists, especially during highly-publicized events. She noted that, prior to COVID-19, the city had recorded at least 60,000 unhoused residents. A tally was not taken during the pandemic, but some estimate the number has now exceeded 90,000.

The Venice council member said the entanglement of homelessness and rising crime has created a “dangerous” situation for residents, citing two high-profile murders involving the homeless that failed to garner significant national attention.

“We were promised all of these reforms and measures that really promised California this utopian dream, but instead we’re really dealing with this progressive nightmare that’s unfolded where the criminals face no consequences” added Ursua.

A homeless encampment near SoFi Stadium in Inglewood, California was cleared out Tuesday. The venue is slated to host Super Bowl LVI on Feb. 13.
(Fox 11 Los Angeles)

A Los Angeles-area homeless encampment near the venue slated to host Super Bowl LVI was cleared out Tuesday after reports of people setting fires in the area.

The California Department of Transportation, or Caltrans, said the encampment near SoFi Stadium in Inglewood needed to be cleared because of a fire safety issue. The venue is slated to host the NFL’s annual championship affair on Feb. 13.

Caltrans said it has collected any personal belongings left behind and will bring them to a maintenance yard, so the items can be retrieved later.