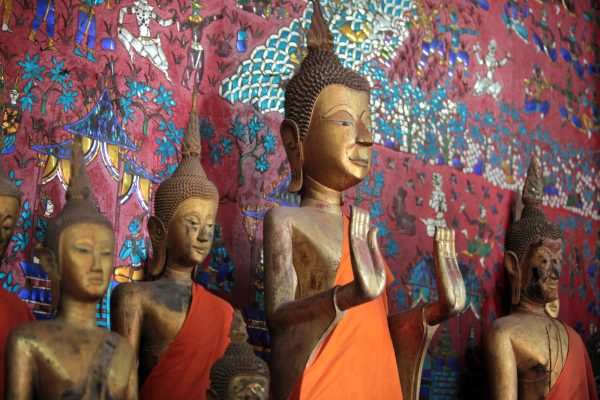 Laos has announced plans to partially reopen its borders to foreign visitors on January 1, despite the rising fears that the Omicron variant of COVID-19 will set off fresh waves of infection across the Asia-Pacific. Laos has been more or less closed to foreign tourists for more than 18 months, but is undertaking a limited opening in order to revive its important tourism industry.

State media reported last week that fully vaccinated visitors on pre-booked tours will be able to enter the country  from January 1 and visit three destinations: the capital Vientiane, the eco-tourism gateway Vang Vieng, and Luang Prabang, the picturesque former royal capital in the north of the country. Further destinations will be opened up in April and July as vaccination rates in Laos increase.

To begin with, Laos will only allow visitors from 17 nations that make up the bulk of its tourist arrivals prior to the pandemic. These include a number of nations in Southeast Asia, Europe, and North America. Perhaps the most important inclusion is China, which has made up a progressively large slice of international arrivals to Laos over the past decade. More than 1 million Chinese nationals visited Laos in 2019, more than 20 percent of the total for that year.

The loss of tourism dollars has wreaked havoc on the country’s economy. In 2019, the last year before the onset of the COVID-19 pandemic, Laos welcomed 4.79 million tourists, according to the World Tourism Organization, who generated $934.7 million in foreign exchange. But international visitor numbers dropped to just 894,776 in 2020, most of them in the first few months of the year. According to the World Bank, the economy’s stagnated in 2020, contracting by 0.4 percent. Hopes that this year would see a recovery were dashed after infection numbers began steadily increasing in the middle of the year, hitting an all-time high of 1,702 confirmed infections earlier this month.

The country’s prolonged shutdown has had deleterious economic effects for the Lao government, draining its small pool of foreign reserves and pushing it to the brink of default. In September of last year, due to the mounting debt pressure, Laos announced that it was ceding majority control of its national power grid to a state-owned Chinese company. Earlier this month, Finance Minister Bounchon Oubonpaseuth reportedly told the country’s parliament that the government urgently needs 18.7 trillion kip ($1.8 billion) in order, in the article’s words, “to address the projected fiscal deficit and repay domestic and overseas loans by the end of the year.”

A significant portion of the debt was incurred by the $5.9 billion Chinese-made Laos-China Railway, a feat of engineering that was inaugurated on December 3 after six years of construction. The government of Laos has taken of around $1.54 billion in loans from China’s Eximbank to pay for its portion of the project, adding considerably to its debt stress. A study published in 2019 by Sydney’s Lowy Institute estimated Laos’s debt to China at 45 percent of GDP.

Yet the new railway, which slices northward through the rugged hill terrain from the capital Vientiane to the border with China and thence on to Kunming, the capital of China’s Yunnan province, could also offer Laos a ladder out of its pandemic-induced slump.

Chinese state media has reported that despite concerns about COVID-19, Beijing expects more than 1 million passenger trips to be made on the Chinese section of the railway during the peak Lunar New Year travel season early next year. Since its opening, more than 300,000 passengers have traveled on the line between Kunming and the Lao border.

The Chinese press has also promoted the rail line, which offers direct access to all three of the tourism destinations that feature in the country’s first phase of opening, as a way of kick starting Laos’ tourism. A recent article in the China Daily quoted a Singapore-born hotelier who was pinning his hopes on the railway. “The train will be a gigantic boost as many tourists consider convenience and safety as key factors,” the hotel owner said.

The Lao government is seemingly harboring similar hopes. People living in five Lao provinces along the Laos-China Railway are currently being offered COVID-19 booster shots before the January 1 reopening, in the expectation that the rail line will lead to a flood of travelers.

Duangmala Phommavong, the managing director of Exo Travel Laos, who sits on the board of the Laos Chamber of Commerce and Industry, told the South China Morning Post in July that the then incomplete railway “presents visitors with a fast, inexpensive transportation option for exploring northern Laos… The tourism industry eagerly awaits its opening.”

Much, of course, depends on whether Chinese visitors will be willing or able to come. While tourist hotspots across Southeast Asia are gradually reopening, the rebound has been sluggish. Chinese arrivals, in particular, have been much slower than many expected or hoped, in large part due to Beijing’s strict “zero COVID-19” policy. As the New York Times reported over the weekend, China “has imposed so many restrictions on its citizens who travel overseas – including a 14-day quarantine when they return – that very few of them are leaving.”