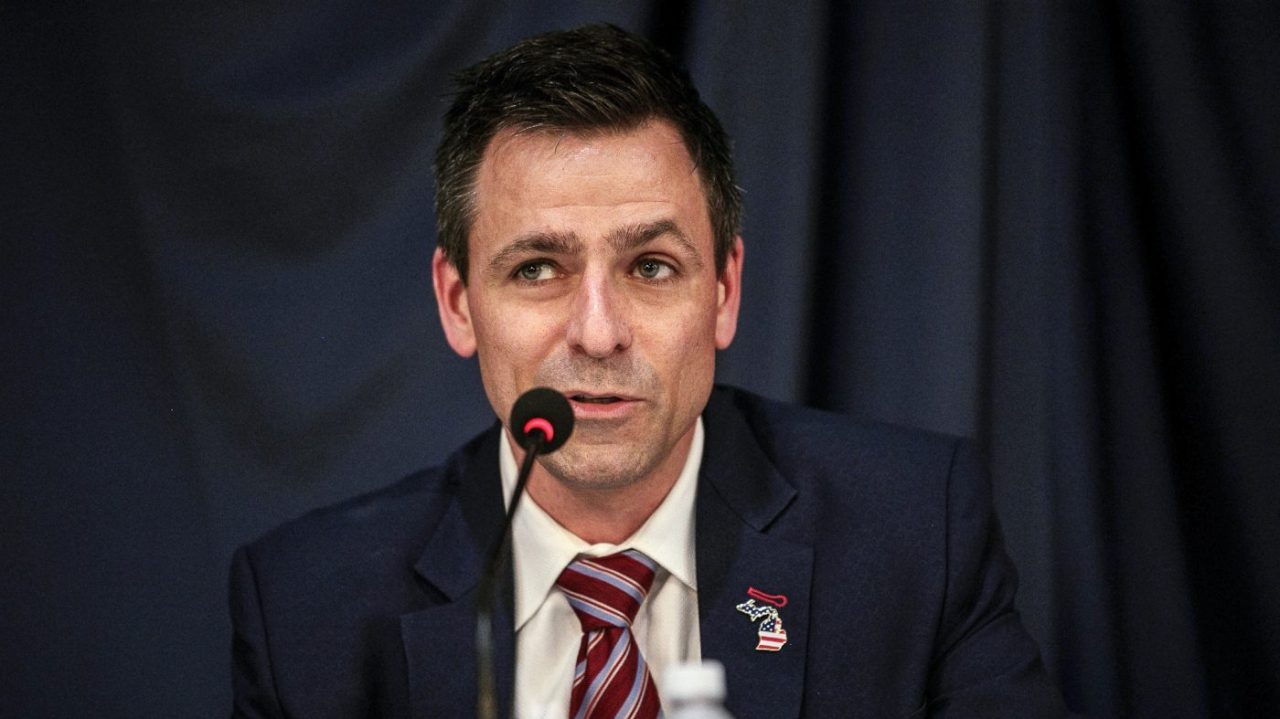 A lawsuit filed in the Michigan Court of Appeals on Thursday aims to prevent Republican gubernatorial candidate Ryan Kelley from appearing on the ballot after he was charged in connection with the Jan. 6, 2021, insurrection.

The suit, filed by Michigan citizen Lee Estes with the help of progressive nonprofit Progress Michigan, claims that Kelley’s alleged involvement in the insurrection disqualifies him from appearing on the ballot for the general election.

Kelley pleaded not guilty to four misdemeanor charges related to the insurrection last week, arguing that he was exercising his First Amendment rights, after being arrested by the FBI last month.

Footage from Jan. 6 shows Kelley climbed the U.S. Capitol to get to the North West Courtyard during the riot, and was “using his hands to support another rioter who is pulling the metal barricade,” the lawsuit claims.

“He is a clear and present danger to democracy in Michigan,” it reads.

The suit asks Michigan Secretary of State Jocelyn Benson (D) and the Board of State Canvassers to declare Kelley ineligible for both the August Republican primary, in which he is the frontrunner, and the November general election based on the charges filed against him.

“It’s simple, really. If you supported and participated in the January 6 insurrection, you should not have the privilege of holding – or even running – for public office,” wrote Progress Michigan Executive Director Lonnie Scott in a statement.

Kelley claimed that the lawsuit was meant to distract from serious issues under consideration during the election.

“Their claims of insurrection are laughable. It is an attempt to deflect from the actual crimes and hardships that have been caused by the ‘Whitmer crime family,’” he wrote, referring to Democratic Michigan Gov. Gretchen Whitmer.

The charges to which Kelley pleaded not guilty included entering or remaining in a restricted building or grounds without lawful authority, disorderly and disruptive conduct, knowingly engaging in an act of physical violence against a person or property and willfully injuring property.

Kelley argued that he did not enter the Capitol and thus that he could not accurately be convicted of any of the charges.

Lee Estes has made campaign donations to Whitmer and Benson, according to the Detroit Free Press.