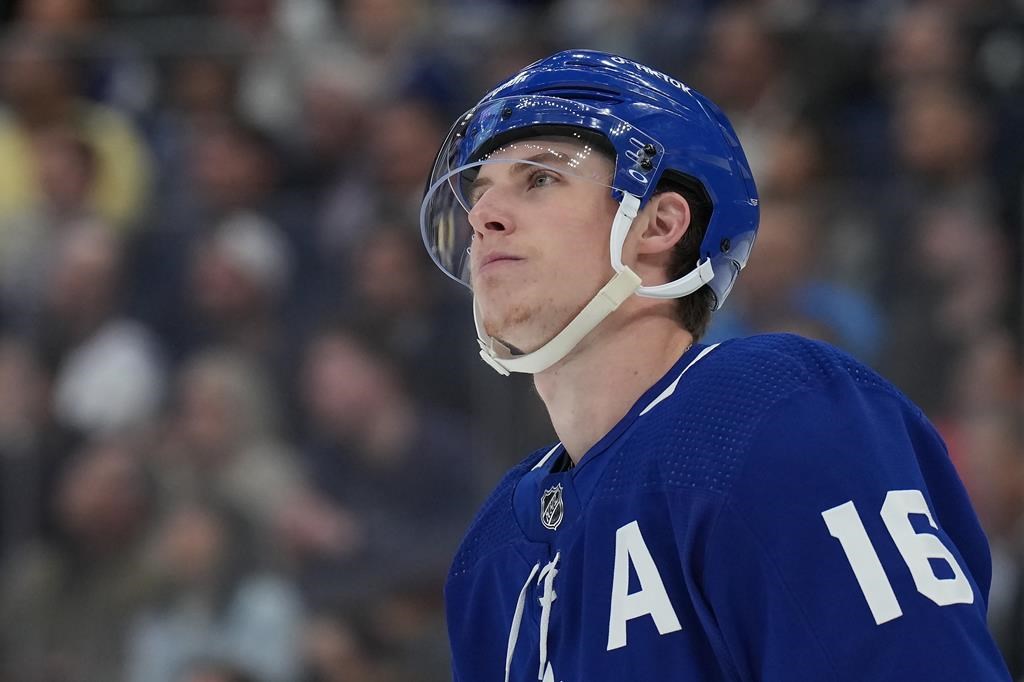 Mitch Marner’s support of mental health initiatives has taken on a more personal turn this off-season, as he has had flashbacks of being carjacked in May.

It was definitely a crazy day. Lucky enough, none of us were hurt. My fiancée (Stephanie LaChance) and I were perfectly OK coming out of it. So, that’s all that matters in the end,” Marner said Thursday, kicking off his fundraiser.

“But it definitely does affect you mentally. It definitely does come into your mind for a couple of weeks straight there. Just kind of hits you back and forth driving a car or something like that. So, we were lucky enough to have people around that we could talk to and have these stories to tell and get feedback. So, definitely, mental health is something important to me and my family — and something that we really take seriously.”

In May, Toronto Police searched for three suspects armed with two handguns and a knife. The thieves took off in Marner’s black Range Rover outside the Queensway movie theatre, a short drive from the Maple Leafs’ training facility in Etobicoke.

Inspector Rich Harris told reporters at the time that Toronto police have seen 60 carjackings already in the city this year, compared to 59 in all of 2021.

“These are nearly all sold for profit,” Harris said, adding that police have made 20 carjacking arrests this year.

Marner’s teammate Jake Muzzin said seeing his friend endure such a scare underscored the importance of checking in with those close to you.

“It’s definitely a topic that everyone’s talking about — a little bit more aware of it. And I think a lot of guys, like Mitchy here tonight, are taking action in it,” Muzzin said.

“Obviously, you don’t want to see your friend or anyone go through something like that. But, I mean, it’s the world we live in, and stuff like that happens. So, to have resources and to be able to talk about situations that are unexpected or unfortunate like that, it makes it easier to come out the other side of it. And the Leafs do a good job at providing that for us, and it makes it a little bit easier to have someone to talk to.”

Marner said the outpouring of support bowled over him and LaChance once the carjacking went public.

“The love and support we got through my friends’ family, her friends, her family and just the fans, in general, was unbelievable. And we’re pretty lucky and grateful for it.”

Today, Marner thinks it was “surreal” that he got held up at gunpoint to give up his vehicle.

“I don’t think the fear hits you until after. Just the adrenaline rush is going through so hard that I think at that moment, you’re just willing to do whatever the person asks for. And they wanted the car keys, and that was something I was willing to give up (with) what was happening at that moment and what was pointed at me,” Marner said.

“So at that moment, it’s just give ’em the car keys, getting up, getting away from the vehicle, and trying to find the closest person, try to call 911, and try to fix the conflict.”

The incident impacted the Maple Leafs room significantly, as Marner is looked upon as a popular, happy-go-lucky source of positivity.

“It was scary. Hard to believe something like that happened. I think it puts things in perspective at times,” captain and friend John Tavares said.

“Just really happy that he’s OK, and he’s doing well. He’s a great friend of mine. He’s got as much energy as I still remember. He does it every single day. So, he’s come out of it pretty good.”