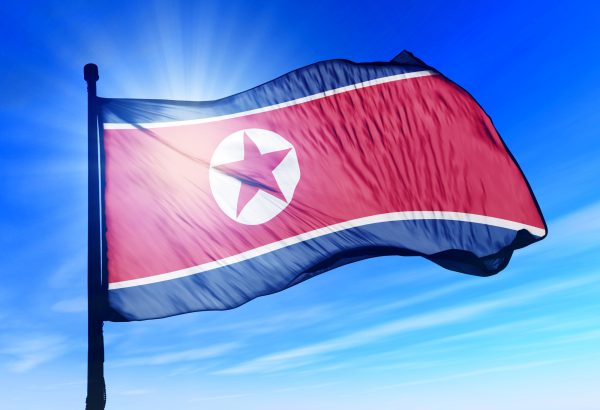 In a Japanese parable, a Zen master once asked three famous warlords what they would do if a bird in a bird cage refused to sing. The most hawkish, Oba Nobunaga, answered, “The bird that does not sing should be killed.” The most cunning, Toyotomi Hideyoshi, answered, “Entice the bird to sing.” Finally, the most patient, Tokugawa Iyasu, answered, “Wait for the bird to sing.”

The three strategies from the parable have all been tried in efforts to achieve North Korea’s denuclearization. A coercive strategy has threatened to impose severe punishments, such as sanctions and even military action, if Pyongyang persists in nuclear armament. An engagement strategy has offered incentives, such as economic aid and diplomatic normalization, to persuade North Korea to denuclearize. Finally, “strategic patience” has waited for the North to buckle under the cost of its nuclear development and economic isolation and shift course eventually toward denuclearization and liberalization.

However, none of the three strategies have succeeded in convincing North Korea to “sing” the tune of denuclearization. Rather, Pyongyang has further advanced its nuclear capacity closer to the level of attaining intercontinental ballistic missiles capable of delivering a nuclear payload to the U.S. mainland. Unfortunately for the United States and its allies in East Asia, the future prospects for denuclearization are not favorable, whether attempted through a more coercive, conciliatory, or patient strategy.

With the increasing conflict between the West and the Russia-China partnership, it is becoming more difficult to expect Russia and China to support international sanctions on North Korea. Even if North Korea’s strategic motivation is purely defensive, in pursuit of regime security, there is growing doubt as to whether the West could provide credible security assurances that would outweigh Pyongyang’s interest in maintaining a nuclear arsenal as political and diplomatic leverage. For the North, a relevant lesson from the ongoing Russia-Ukraine War might be the risk of relying on international security reassurance over nuclear self-armament.

As for strategic patience, how long could the United States and its allies wait as North Korea steadily advances its nuclear capacity? In recent years, anxiety over the credibility of U.S. security commitments has risen in South Korea and Japan, contributing to increased domestic support for either nuclear armament or deployment of U.S. nuclear assets within their countries. Subsequently, many North Korea experts admit that, at present, there is no optimal strategy for achieving denuclearization.

Returning to the parable, a provocative question could be asked. If a bird refuses to sing, why not purchase a new bird? For the United States and its East Asian allies, achieving North Korea’s denuclearization has been an important goal for maintaining regional geopolitical security. However, if there is no good strategy at present to achieve substantial denuclearization, then perhaps an alternative strategy should be pursued to maintain regional security – even with a nuclear North Korea.

Diplomatic negotiations with North Korea have often focused on what may be characterized as a “negative symmetry” in the security balance. In return for North Korea giving up or significantly reducing its nuclear arsenals, the United States might offer to suspend what North Korea perceives as “hostile activities,” such as South Korea-U.S. military exercises or deployment of U.S. strategic assets in East Asia. Such negotiations, however, have faced hurdles due to mutual distrust. Over the years, both sides have accused the other of broken promises and subsequently have become wary of the risk of unilateral security concessions.

As an example, U.S. policymakers displayed reluctance in supporting former South Korean President Moon Jae-in’s proposal for a declaration to end the Korean War, which the former feared could weaken the South Korea-U.S. alliance unilaterally without achieving North Korea’s denuclearization. Even if weakening the alliance or limiting U.S. strategic presence in the region could persuade North Korea to fulfill its security bargain, it raises a strategic question of whether such a deal would be favorable for the United States and its allies. A mutually reassuring “disarmament” to achieve North Korea’s denuclearization could create costs for the U.S. regional alliance in handling other security challenges, such as increasing geostrategic rivalry with China.

An alternative diplomatic approach, then, might be to achieve a “positive symmetry” in the security balance in Northeast Asia. Implicitly recognizing North Korea’s strategic interests in nuclear-armed security, the U.S. alliance network could expand collective measures to balance and deter Pyongyang’s nuclear capacity. First, U.S. policymakers should consider updating the defense treaties with South Korea and Japan to stipulate explicit provisions for extended nuclear deterrence. Second, a nuclear North Korea could justify more integrated trilateral security cooperation between the U.S., South Korea, and Japan. Such cooperation could include enhanced consultations for extended U.S. deterrence in the region, expanding the scopes of joint military exercises to missile, cyber, and nuclear defense, and support for increased conventional military capabilities of U.S. allies. The objectives of these security measures should be twofold: for the United States to reassure South Korea and Japan that they could indefinitely coexist with a nuclear North Korea and to reassure that such coexistence need not necessitate U.S. allies to pursue nuclear armament or deployment of U.S. nuclear assets within their countries.

Diplomacy with North Korea should continue based on mutually reassured deterrence between Pyongyang and the U.S. alliance network. With each side assured of their primary means for security protection, negotiations should focus on transparency and restraints to mitigate incidents of miscommunication and provocations. Implicitly tolerating North Korea’s de facto nuclear status, the U.S. and its allies could focus on limiting the former’s missile tests and their ranges. In turn, North Korea could tolerate the expansion of the U.S. regional alliance and deterrence measures in exchange for transparency in the latter’s security activities and a pledge of “no first” initiation of provocations.

Critics might warn that such a framework risks consolidating the security divide between North Korea and the U.S. alliance. However, a lesson from past diplomacy appears to be that trust-building and conflict de-escalation in the Korean Peninsula cannot be sustained without first establishing mutual security reassurance. To be sure, an ideal security outcome might be to achieve a denuclearized North Korea that does not fear the U.S. regional alliance. However, a strategic balance between a nuclear North Korea and a robust U.S. alliance might be a more realistic foundation for maintaining geopolitical stability in Northeast Asia and become a basis for continued negotiations on arms control, sanction relief, and economic and humanitarian exchanges.