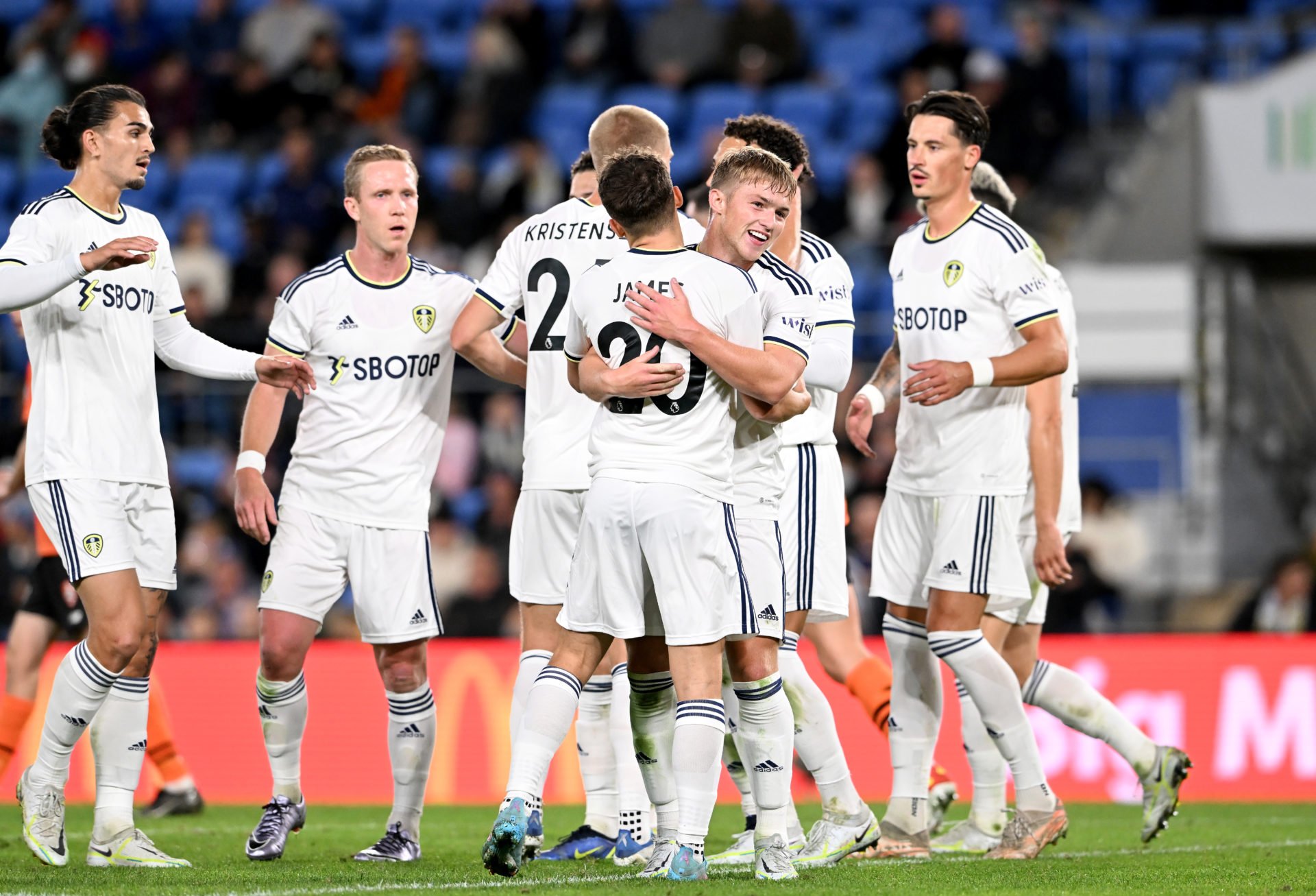 As we type, Jesse Marsch and the Leeds players are out in Australia preparing for the 2022/23 Premier League season, including Dan James.

The £30m man was involved in a press conference with Marsch, Illan Meslier and Liam Cooper, where the latter mocked his lack of height in front of the watching journalists.

Well, as the Leeds quartet took their seats in front of reporters, Cooper asked the 5ft 7in James if he needed a hand getting into his chair, before jokingly lifting the Welshman into it as if he was putting a baby in a high chair.

You can see footage of the hilarious moment below.

Cooper’s antics sparked fits of laughter from Marsch and the onlooking journalists, with James thankfully seeing the funny side of it.

Clearly, there is a good atmosphere among the group in Australia right now, which is credit to Marsch and the strong morale he has created at Leeds.

The 24-year-old made 29 Premier League starts in his debut season at Elland Road, although he scored just four goals as he struggled to make an impact in the final third.

James also received a red card against Chelsea at a crucial stage of the season, with relegation still very much on the cards – we presume Marsch will not forget about that.

Now, the Wales international has Luis Sinisterra to compete with, and the likes of Brenden Aaronson who can also operate in the wide areas, as well as in the centre of attack.

Unless he steps up his end product, James may not get anywhere near 29 Premier League starts again next season, given the quality of the competition now at Elland Road.