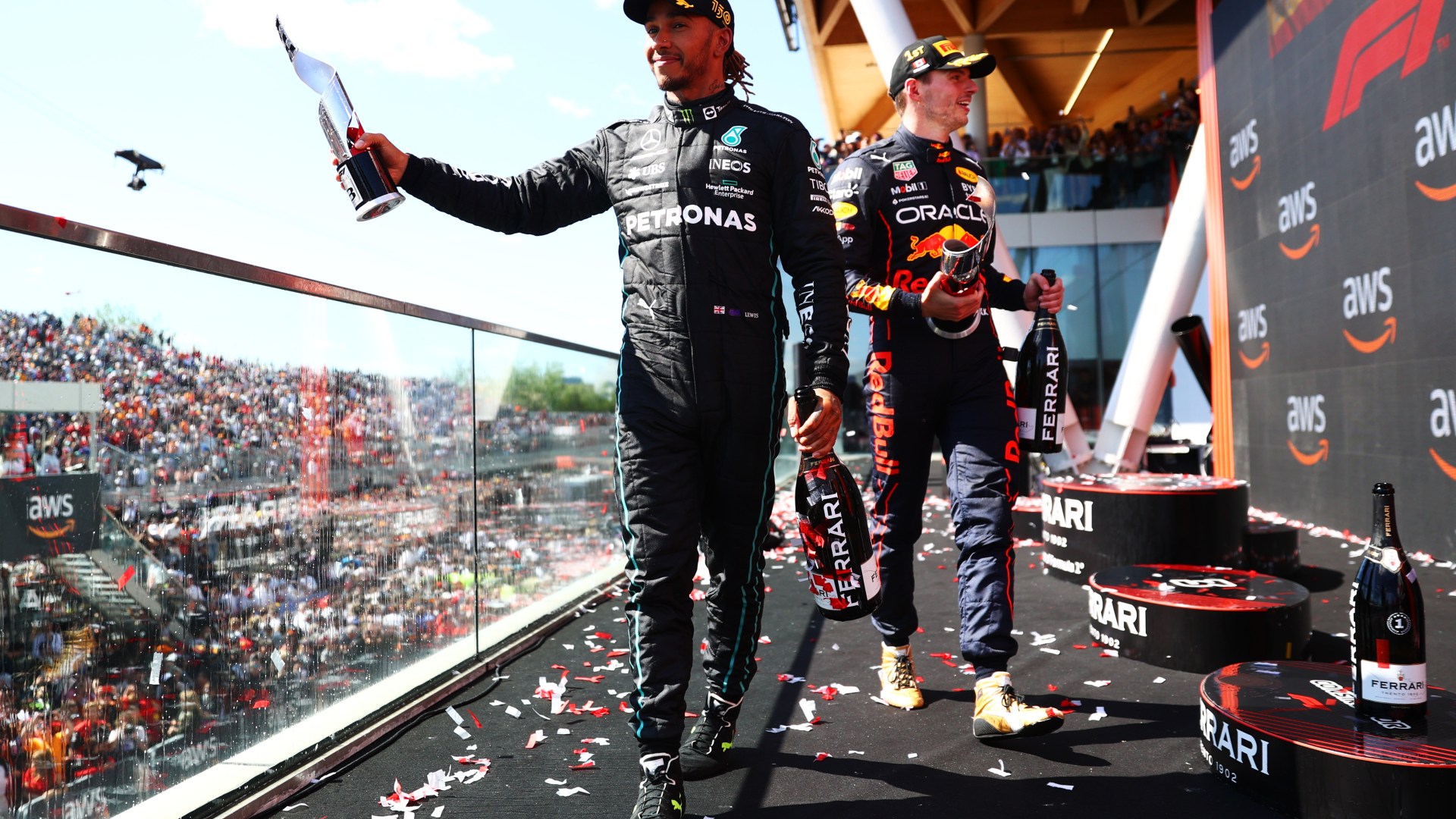 Max Verstappen may hold a number of records as Formula 1’s youngest ever driver, but it’s been revealed he was still outperformed by rival Lewis Hamilton in his first 150 races.

Breaking the record as the sport’s youngest entrant by almost two years at 17 in 2015, the Dutchman quickly lived up to expectations at Toro Rosso before being promoted to the senior Red Bull squad the following year, who he won with on his debut in Spain.

Unfortunately for Verstappen, his arrival coincided with Mercedes’ dominance at the start of the turbo-hybrid era which began in 2014, but his decision to join Red Bull over the German squad later paid dividends.

A world champion last season, Verstappen similarly leads the way this year after fighting off seven-time title winner Hamilton in one of the most intense battles the sport has ever seen.

The duo went wheel-to-wheel on an unprecedented number of occasions for title contenders, before entering the final round in Abu Dhabi level on points.

Verstappen took his maiden crown in controversial circumstances with a last lap lunge, winning what had become a heated rivalry for the ages.

Statistically the most successful driver in F1 history, doubts have been raised over Hamilton’s chances of winning a record-breaking eighth world title, with his Mercedes well off the pace this year.

But as the stats show, he still has an edge on Verstappen, especially in his early career.

Red Bull’s champion has now completed 150 races, with his most recent Grand Prix seeing him secure a first ever Canadian win last time out.

In that run he’s picked up 26 wins, 15 pole positions and 67 podiums, which may sound impressive until you see Hamilton’s numbers.

The 37-year-old Brit registered 34 wins, 40 poles and 72 podiums after breaking into the sport with McLaren in 2007, taking his maiden title the following year.

Some are questioning whether Hamilton could take another championship, while others, including British rally star Kris Meeke, still believe his impact is immeasurable, particularly on the number of homegrown stars that are now shining in the sport.

The Nitro Rallycross driver told talkSPORT: “This new generation that are coming through, I think it’s probably the Lewis Hamilton effect. These guys, like Lando Norris, were probably only 10 or 12 years of age when Lewis was winning his first world title.

“I think it’s a knock-on effect of that, but globally F1 has really grown strong over the last few years and these guys are just megastars, all of them, so it’s good to see. It’s healthy for motorsport and that feeds down.”

Hamilton has similarly used his platform at the top of the sport to promote equal rights and start a discussion about mental health, which has been felt across the world of racing.

The Brit has a team in Extreme E, the first 50/50 men and women’s racing series, with driver Mikaela Ahlin-Kottulinsky telling talkSPORT how that impact has been felt.

“Extreme E is really pushing for females at the top level of motorsport, and the environmental part of driving with electric cars and working for sustainable technology,” she said.

“People always ask me why there isn’t a girl in F1 but in order to come to the sport you have to start at an early age, there’s Formula 1 teams signing boys that are ten years old. In order to have a girl in Formula 1 you have to do the same with girls.

“You see the attention now with the W Series and Extreme E and it’s bringing attention that the women can be just as good as the men if not better.”

Hamilton also opened up about mental health struggles during lockdown, the impact of which has similarly been felt by Ahlin-Kottulinsky.

“For myself personally, I’ve been working with a mental coach since I was 15, and it’s definitely helped me not just in the racing life but also in my personal life,” she added.

“It’s good because you open up about things, we all have feelings and we all have things that we struggle with. If you have a role model working with a mental coach it makes it more relatable to yourself, then you can say ‘Lewis Hamilton is doing that so why can’t I do that?’”