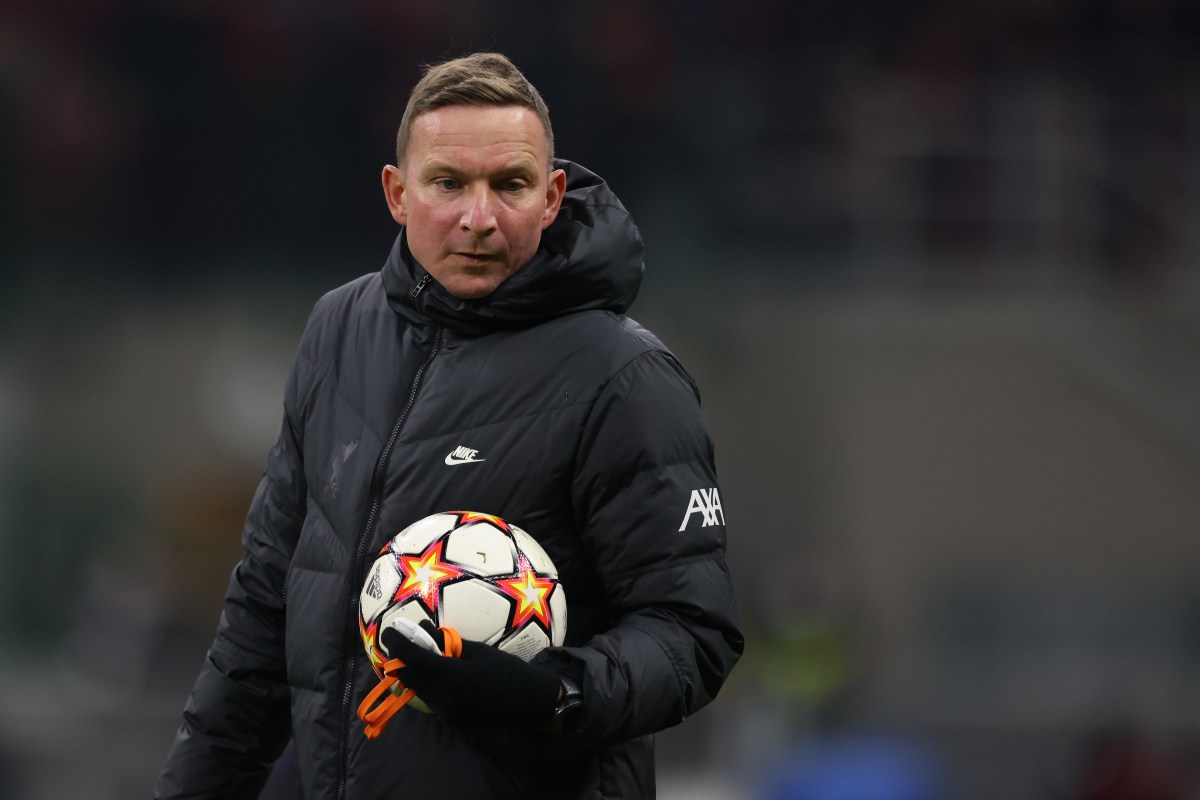 Liverpool have been told they should play their Carabao Cup semi-final first leg tie with Arsenal even if it means playing their Under-23s, with Glenn Hoddle saying ‘the rules are there’.

The Reds are currently suffering with a COVID-19 outbreak which has caused them to ask the EFL to postpone Thursday’s tie with the Gunners, with assistant manager Pepijn Lijnders the latest to test positive for the virus.

Lijnders took charge of the team in their 2-2 draw with Chelsea after Jurgen Klopp tested positive, and was due to address the media ahead of the match – which is yet to be postponed.

But, after training was cancelled on Tuesday, Wednesday’s pre-match press conference was also then cancelled with Lijnders forced into isolation, too, with Klopp’s No.2 now unable to lead the side for the cup clash.

“As an additional consequence, this morning’s scheduled press conference to preview the fixture has been cancelled.

“The assistant manager had been due to handle pre-match media duties at the AXA Training Centre in place of Jurgen Klopp, who is continuing to isolate having tested positive for the virus last week.

“However, Lijnders recorded a positive test late on Tuesday evening, meaning he has now also gone into isolation.

“Lijnders’ test result comes in addition to a number of suspected positive cases among players and football staff recorded earlier on Tuesday, which forced the cancellation of the day’s scheduled training session.

“As a result of the outbreak and the suspension of preparations, as well as other illnesses and injuries recorded within the squad, the club submitted an application to the EFL for the postponement of Thursday’s tie with Arsenal, with the news of Lijnders’ positive result coming after the request was lodged.

“The outcome of this application is still pending.”

However, Liverpool have been told to get on with the game despite their mounting absences – including Mohamed Salah, Sadio Mane and Naby Keita following their departure for the Africa Cup of Nations.

Former England defender Danny Mills has told talkSPORT the Reds have no reason not to play the game against Arsenal, if they have enough fit players to field a team.

After fielding an Under-21 team in the competition when Klopp’s first XI were away competing in the FIFA Club World Cup in 2019, Mills says there’s no reason why they can’t do the same again.

“You can only call a game off if you have so many cases of COVID,” the talkSPORT pundit said on Tuesday’s Kick Off show.

“You have a squad of under-23s that aren’t included in that 25-man squad.

“Liverpool played them when they went off to play in the Club World Cup.

“So they have the players available, they’ve got under-23s that can play, so tough, throw them in.”

Tottenham Hotspur legend Glenn Hoddle also added that Liverpool should not be granted permission to have their game against Mikel Arteta’s side postponed.

“The fact the manager won’t be there, he wasn’t there against Chelsea, they didn’t play particularly well first half but were 2-0 up.

“I think if the rules are there and you haven’t got the players to put out there then I think that’s different, but I’m sure behind the scenes they’ll be asked, ‘who is fit, who has got COVID, who is injured’.