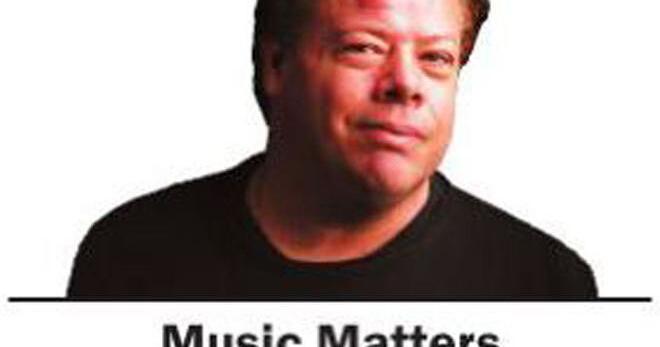 When you talk concerts, the Racine Public Library doesn’t often come into the conversation.

But, since it’s the Library’s 125th anniversary this year, you can shout it from the rooftops.

The library’s anniversary celebration takes place on Lake Avenue in front of the Library from 10 a.m. to 8 p.m. Saturday, July 16.

This won’t be just a short story either, as the Racine Public Library will bring in food trucks, a classic car show, a beer tent, face painting, a bouncy house and live music.

Bands will perform from 2:30 to 8 p.m. Up first is looping fiddle master Georgia Rae. She is the holder of several state and national fiddle championships. From 4:30 to 6 p.m., the stage will be soundly held by Spirit Shakers. One of Kenosha’s favorites, Spirit Shakers are made up of A-list players from other popular bands. They stir things up with a good energy show. Indigo Canyon closes out the party with a great laid back mix of hits and original songs.

The food will be tasty as well, with Dragon Pit BBQ, The Corn King, Pico’s Tacos and Jaramillo’s all cookin’. Stop on by. Remember: Fun is Fundamental.

The Racine Public Library celebrates its 125th birthday from 10 a.m. to 8 p.m. Saturday, July 16, with performances by Georgia Rae, Spirit Shakers and Indigo Canyon on Lake Ave in front of the Library, 75 Seventh St in Downtown Racine.

One of the fun Art Fairs in the area that pops up through the Summer is the Kenosha ArtMarket, coming up in Union Park.

There is quite the mixed bag of artists and crafters set up among the trees in the park, which also has a Little Free Library and mosaic planters.

Tamara Vendetta will provide the musical art for the day with a 9 a.m. to noon performance. The wonderful singer and songwriter will be drawing from her repertoire of acts that include Pierce Vendetta & Rick, Songstress, Tamara V and the Soul Code and Tamara Pierce Band. Bring some folding money to toss in her guitar case.

Also near Kenosha’s Union Park is a Saturday night show by The Ambassadors Farewell at Union Park Tavern. The “Ambassador” in this is Jim Moses. The “Farewell” is just that. Moses has been a longtime member of acoustic jammers American Folk and, more recently, Pat Garrett and the Outlaws. Expect fun stories, great music and more than a few happy tears.

The Ambassador’s Farewell featuring members of American Folk and Pat Garrett and the Outlaws is 6 to 9 p.m. Saturday, July 16, at Union Park Tavern, 4520 Eighth Ave in Kenosha.

JJ McAuliffe just got back from a Scotland tour with his friends Betsy Ade and the Well-Known Strangers and is jumping right back into McAuliffe’s Pub business with a harder rocking double bill Saturday, July 16, at his southside Racine venue.

Sweden’s Outshine will be the dark draw for what should be a good crowd. Having performed since the early 2000s, Outshine has had a ton of turmoil, but they put the experience to use in shows. The Racine stop is part of the band’s eighth U.S. tour, nestled among many European tours.

The dark, melancholy goth-metal band has gathered much love and respect for their toughness and survival skills. According to Outshine’s website, this tour “will be different, more of a Sisters of Mercy/Type O Negative feel to it and with a darker, melancholy.” Racine punk metal band Venganza will open things up. Tickets for this international show are only $10.

Roundabouts on the Shell

“Tuesdays at the Shell” is back Tuesday (duh), July 19, with an early evening show by The Roundabouts. If you don’t know yet, “the Shell” refers to the Pennoyer Park band shell on Kenosha’s lakefront.

The Roundabouts, if you don’t know yet, are another of those groups with people who you saw and loved performing “in that other band.”

Band members are Rick Branch on vocals, Terry Peterson on guitar, Chris Sipos on guitar and mandolin and Bill Taylor on bass. With all of that experience, anything can happen. The group usually performs a lot of good Americana and classic rock.

The Roundabouts perform 6 to 9 p.m. Tuesday, July 19, at the Pennoyer Park band shell, 3601 Seventh Ave. in Kenosha, on the lakefront.

That’s it for this week. Bands, artists and venues, please send me your gig listings, event posts, bios, Facebook event invites or anything else you think might be useful to me to write you up. Email me at pjfineran@gmail.com.