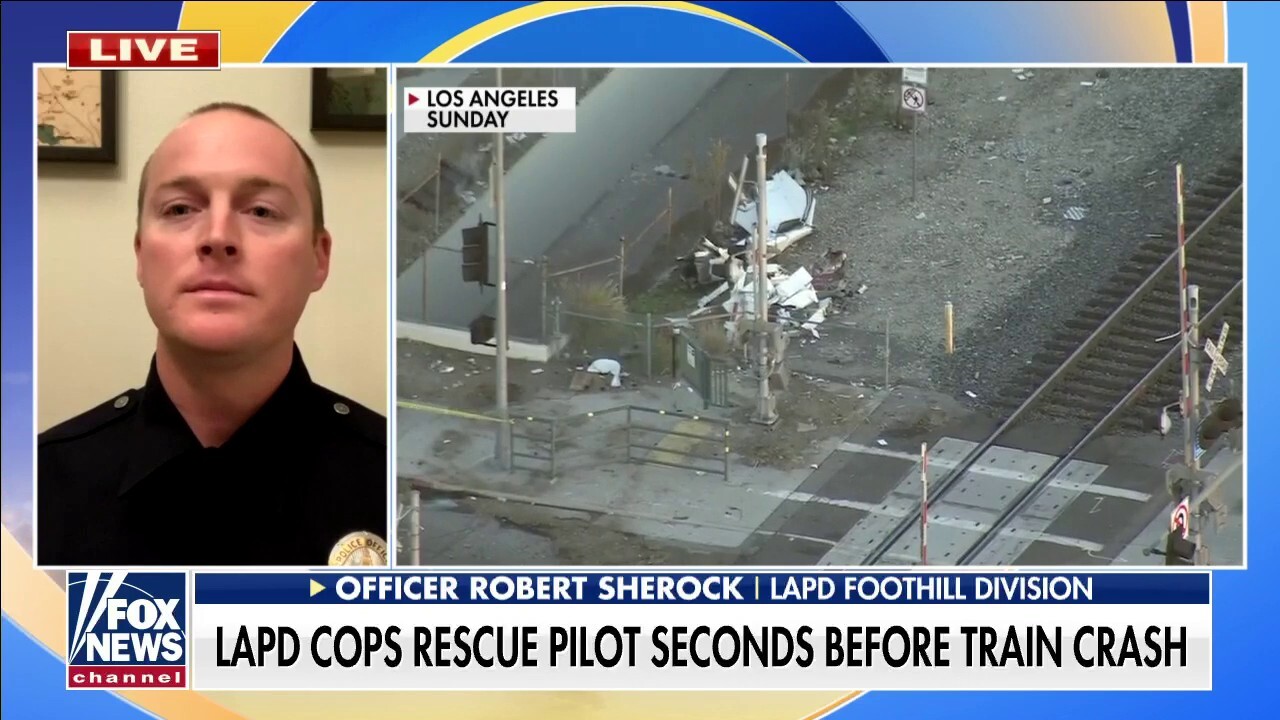 Los Angeles Police Department officers pulled a crashed pilot to safety just moments before a train collided with his plane on the tracks.

LAPD Foothill Division cop Robert Sherock revisited the close call on “Fox & Friends First” Tuesday and explained that all he cared about in the moment was the pilot’s safety.

“I was just really worried about the pilot and what was going to happen to him if we didn’t get him out,” he said. “And as the train got closer, I got more and more worried about him. Only afterwards thinking about it, you know, maybe I should’ve worried about myself too, but that’s just not something that we thought about.”

Sherock recalled knowing how close the train was approaching as he and his fellow officers struggled to free the pilot from the downed plane.

“My partner said he heard the desperation in my voice saying, ‘we got to get him out,’” he said. “And then we just grabbed on and pulled as hard as we could, just ripped him out of there, and the rest is history.”

According to Sherock, the pilot said few words after his rescue since he was most likely “shocked and stunned” by the occurrence.

Since the shocking video was released by the LAPD, Sherock said most people have reacted in disbelief at how cinematic the moment was.

“I even think this looks like a movie. You couldn’t make this up,” he said. “The timing was just unbelievable.”

At a time when law enforcement is under attack by some in America, Sherock expressed that being able to showcase incidents like this one is “very important.”

“There’s many acts of heroism that occur every day in law enforcement throughout the nation that go unnoticed,” he said. “And I think it’s important that… the public gets the chance to see what policing in America actually looks like.”