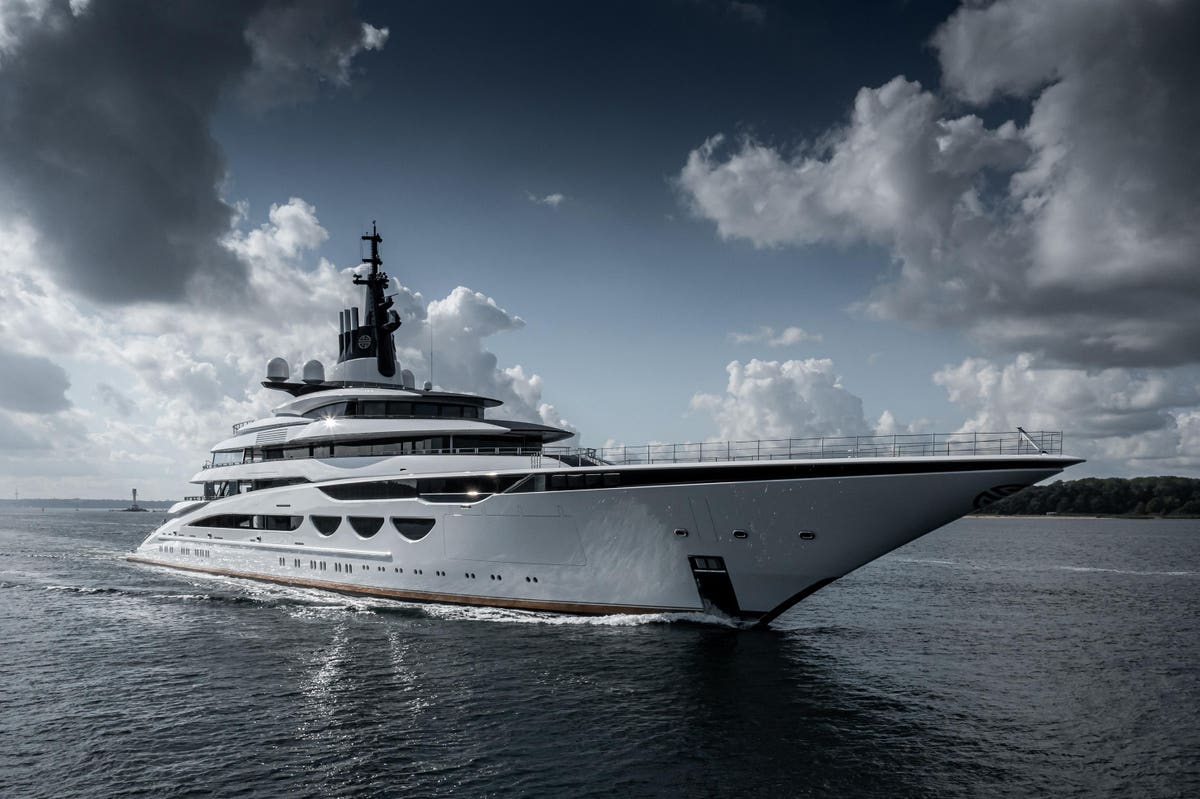 In 2021, German shipyard Lürssen announced that it was building its first yacht with fuel cell technology. Created for a pioneering, tech-savvy client, the development was set to enable the yacht to anchor emission-free for 15 days or cruise 1000 miles at slow speed. Lürssen has been involved in research projects to advance sustainable shipbuilding since 2005 and this was a major step to the creation of a carbon zero Lürssen yacht. Now, the company has unveiled its next pioneering commitment, its new Innovation Laboratory. The facility has been set up to simulate and test the integration and operation of a Marine Hybrid Fuel Cell System on board a yacht powered by methanol.

“My great grandfather built the world’s first motorboat in 1886, my dream is to be the first to build a yacht without a combustion engine,” says CEO Peter Lürssen. “We don’t just want to use the latest technology on our yacht – we want to advance the status quo. And in order to change things, you have to be active.”

As the company begins testing, CEO Peter Lürssen and Sales Director Michael Breman discuss the significance of the fuel cells and the zero emission future of yachting.

Why is the development of this fuel-cell technology so important for Lürssen and the industry at large?

Peter Lürssen: Our whole industry, like every other industry, will have to eventually be carbon neutral, or at least as close as possible to carbon neutral. It will be a challenge to do that with today’s technologies. Even with electric car, if you plug it into a normal power supply, that’s not carbon neutral – you need to get the power to charge the batteries from a neutral source. This could be wind or solar or what we call an e-fuel where the CO2 that you create by burning the fuel is compensated because you have taken the CO2 from the environment, converted it into fuel and then brought it back into the cycle.

Airplanes and ships both need to cover long distances – unlike cars, they can’t stop at every other place and refuel – so the biggest challenge facing commercial shipping, the cruise ship industry and yachts is how to store enough energy of a given volume to be able to function.

Ten years ago, the train of thought was that methanol could be the half-way feasible solution – it’s cleaner than diesel fuel and the ratio in terms of energy content to volume is somewhat acceptable in comparison to hydrogen and batteries which use a much higher energy content. So, 10 years ago, we started a German government sponsored programme, together with another shipyard that builds cruise ships, and a lot of other companies to create a fuel cell based on methanol. We think this is a realistic possibility to replace diesel fuel engines with methanol fuel cells. It is the path we have chosen to make our contribution towards reducing our carbon footprint.

What timeline are you looking at for the implementation of this fuel technology?

Michael Breman: The timeline is determined by the willingness of clients to accept this new technology and the innovation potential it has. So my question to you is, where is that first client who is willing to take the leap to have a full emission-free yacht and use this technology? As Peter explained, this technology is based on things that are within reached. It’s not necessarily the end solution, but it is a good first step and will take better care of the environment in the process. So, I think the timeline is determined by the clients. The technology is there. We are building the first boat now which has the flanked installation of a fuel cell, and that is essentially a validation experiment. And we found a customer that is willing to participate in this, for which the customer needs to be commended. And in a few years when that boat is there, it will be for all to see, and hopefully it will be the first we hope it to be.

How will the technology benefit the yacht?

PL: Due to the low dynamic capability of fuel cells the system layout and the combination with other energy converters and storages is the key for a successful fuel cell power system. The yacht, which is currently under construction, will be able to stay more than 15 days at anchor with the night time power supply being a zero emission mode. And the yacht can reach more than 1000 miles slow cruising with zero emission.

Some companies are speaking of hydrogen as a potential sustainable fuel source. What are your thoughts?

PL: Hydrogen is hard to produce and store in big quantities, so I don’t necessarily see it as a solution for the long term. We have been talking to people who are researching extremely efficient batteries. There are people that say eventually you will have the same energy content in one cubic metre of battery as you have today in diesel fuel. If that’s the case, it’s great, but you have to completely re-think the way you fuel your boat, and in a green way. You’re not going to be able to park your boat next to a power pack, plug it in and wait half a year till it’s fuelled. So, I think a realistic technology to substantially reduce the footprint today is methanol. At Lürssen, we prefer finding solutions with a practical application and so far, the methanol fuel cell offers a lot of practical use.

What is your ultimate aim?

PL: We want to do something that allows sustainable cruising in the ocean. Yachts have come a long way but there is further to go. I think when I look back in five or 10 years and I have contributed to a substantial reduction in footprint and made yachting cleaner and more eco-friendly, that’s enough for me to be a happy man looking back

I think the goal must be that by 2025, we have sold a yacht that only has fuel cell technology, and then it takes come time to build, but I would assume that we’ll see intermediate steps before 2025.