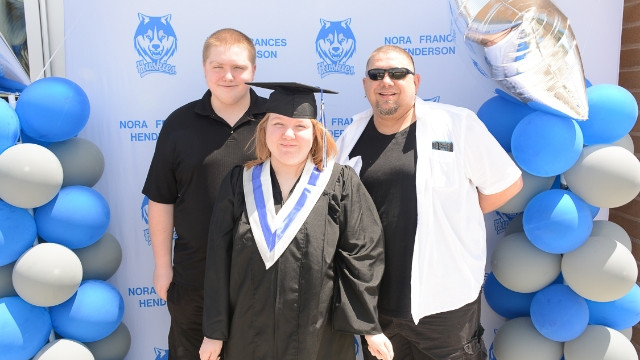 Jasen Prince says was looking forward to spending the day with his children at Canada’s Wonderland. He knew that accessing rides and services would be limited because of his disability, but was surprised when he was charged for the one service he needed the most – an electric wheelchair.

“It’s bad enough I’m paying full-rate and now you’re telling me I have to pay $50 every time I come, on top of this,” Prince tells CityNews.

The father of three has a condition that limits his ability to walk long distances.

Prince says that when he arrived at the park he was asked to make a deposit in order to access an electric wheelchair.

“I used it in the park for the day and I brought it back,” said the Hamilton resident. “I asked if they were going to put the deposit credit back to my card and he said it was a non-refundable deposit.”

Prince says he was baffled that he would be required to pay for a wheelchair, a service that is commonly provided free of charge and in some cases with a returned deposit at locations like malls and airports as well as the Canadian National Exhibition.

“And you figure, how many people are disabled out there. That’s quite the profit you’re making on someone that’s bringing half the amount of income each month as the average person.”

David Lepofsky, the chair of the Accessibility for Ontarians with Disabilities Act Alliance, agrees that charging for such services is unacceptable.

“If Canada’s Wonderland or any other organization that’s open to the public and charges admission, charges an added fee for a person with a disability to use a wheelchair, that is inexcusable and outrageous,” says Lepofsky.

Lepofsky adds these services are needed to be able to fully enjoy and participate in those facilities, highlighting that there is a duty to accommodate the need of people with disabilities under Ontario’s Human Rights Code in accessing goods, services or facilities.

“Guests who require a wheelchair or electric convenience vehicle are welcome to bring their own to the park at no cost,” Grace Peacock, Director of Communications for Canada’s Wonderland writes in an email to CityNews.

“Canada’s Wonderland does provide rentals of these devices as a convenience on a first-come first-served basis,” she said referencing the Accessibility page on their website, along with the specific services they offer, including wheel chairs and ECV rentals – the cost of which is displayed on a separate page.

Petitions created for Canada’s Wonderland to be more accessible

In recent years, petitions have popped up highlighting the barriers people with disabilities face at the park.

For example, one woman shared her family’s experience after her brother who is paraplegic was not permitted on the rides due to his disability.

“We proceeded to get his ‘boarding pass’ which gives him certain time slots to go on rides without having to be in lineups that aren’t accessible for him,” writes Sarah Nasser in a petition that has now garnered over 11,000 signatures.

“To our shock, his boarding pass, specific to his case, had every single ride crossed out. In other words, he was not allowed to go on ANY of the rides!”

Another petition organizer expressed frustration after learning that the boarding passes limited access to three guests per pass holder.

“In a group of five young adults, one of which using a wheelchair, we were split up,” writes Griffin, describing that a group of more than 10 of her friends who do not require mobility devices, were placed in one line, while the remainder were placed in another.

“For many of us the boarding pass is necessary as the regular entrance is not wheelchair accessible,” explained Griffin. “We spent over an hour trying to get on a ride because of this policy, uneducated staff and being forced to walk across the park to fix staff mistakes.”

Prince says that he has no intention of returning to Canada’s Wonderland following what he refers to as a belittling experience.

“I’m really disappointed because I’ve been going to Wonderland all of my life and I have never felt so centred out and degraded as a human for the situation that I’m in. I didn’t ask for this. I’m just trying to get by.”