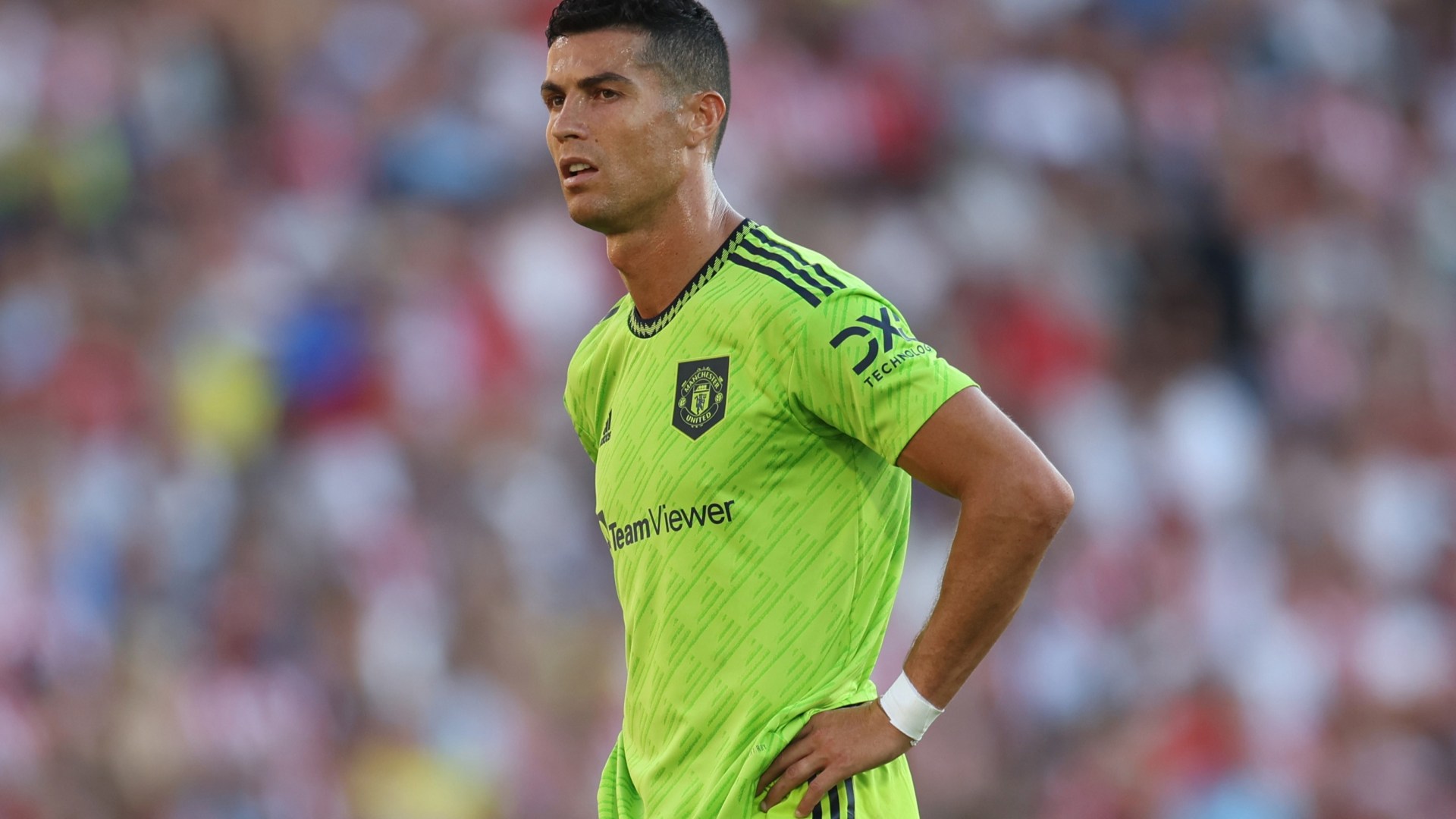 Manchester United have insisted reports they may terminate Cristiano Ronaldo’s contract as false.

Ronaldo’s frustrations were evident at his side’s performance in their embarrassing 4-0 defeat to Brentford.

He walked off down the tunnel without acknowledging the fans who had made the trip to west London, despite Steve McClaren’s pleas.

Sky Sports claimed if there is no improvement in Ronaldo‘s attitude then they may terminate his contract, but this is something the club have now refuted, reports the Manchester Evening News.

The 37-year-old has one year left on his deal at Old Trafford, and releasing him would grant him what he wants.

The five-time Ballon d’Or winner has been pushing to leave the Red Devils all summer following their failure to qualify for the Champions League.

He missed their pre-season tour of Thailand and Australia due to family reasons, but when he returned he held showdown talks.

That has done nothing to change his mind, though, and the Portuguese is keen on a move elsewhere.

Ronaldo’s list of options has run thin, though, with Chelsea and Bayern Munich ruling themselves out, while Atletico Madrid fans started a petition when rumours linked the Real Madrid great with a move.

The United Stand host, and talkSPORT regular, Mark Goldbrige believes that Ronaldo was not wrong for wanting to leave the club this summer as he could see this bad start to the season coming.

He told talkSPORT: “A lot of people on this show, and away from it, said we need to get rid of Ronaldo. Ronaldo is no good for United. Get rid of Ronaldo, he’s not bigger than the club, he doesn’t want to be there.

“Is Cristiano Ronaldo wrong for saying ‘I want to leave Manchester United?’

“He’s had one of the most decorated careers in world football and is still a fantastic footballer.

“In June, he sees United have bought nobody and says he wants to go as there’s no ambition there.

“Does anyone disagree with Ronaldo now? He saw it coming, he was there last year.

“He was always respectful of Ten Hag, but Ronaldo saw this coming. He knew, no matter how good Ten Hag was he knew this squad, these players, and the mentality.

“He knew this was coming.”

A further report in the The Times suggests players and coaching staff are ‘losing patience’ with the Portugal international, with one source calling him a ‘walking bad mood’.

Betting Offers Of The Weekend

Paddy Power All Customers: Place a £5 Sportsbook Bet through the talkSPORT EDGE app between the 1st and 31st August. Get a £5 free bet on the next Monday after your qualifying bet. T&C’s apply. 18+ Begambleaware.org