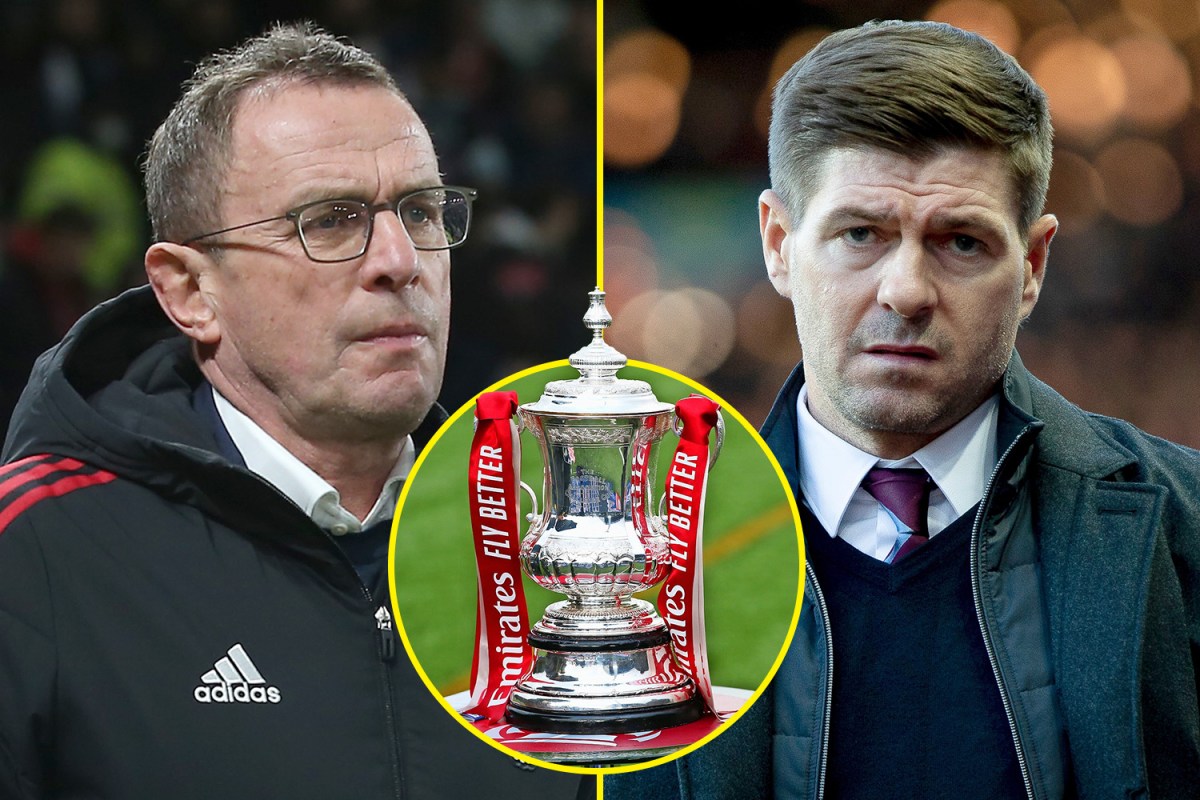 Manchester United started the new year in disappointing fashion with their shock home defeat to Wolves.

The Red Devils succumbed to their first loss under interim manager Ralf Rangnick with a poor display against Bruno Lage‘s side.

Rangnick, who replaced Ole Gunnar Solksjaer, has failed to kick-start United’s season since he took charge of the club last month.

And a run of poor displays against Newcastle, Norwich and Wolves have proved that United are a team in trouble.

Next up, United face Aston Villa in the FA Cup – live on talkSPORT – and they are led by Liverpool legend Steven Gerrard, a man who will relish piling the pressure onto Rangnick.

Gerrard held a good record against United, 12-time FA Cup winners, in the competition during his time as a Liverpool player between 1998 and 2015.

The 41-year-old won two out of the three encounters against United and will be hoping for another win at Old Trafford on Monday night.

Gerrard’s first encounter came in the fifth round in 2006 when Peter Crouch’s first-half header secured a 1-0 victory and progress into the quarter-finals.

And, in 2012, the former Reds skipper inspired the Reds to a 2-1 victory at Anfield as Dirk Kuyt notched an injury-time winner in the fourth round.

However, Gerrard did lose one game in the third round of the 2011 edition of the competition.

It’s one he will want to forget too as he received a red card for a reckless challenge on Michael Carrick in the first-half as United won the game 1-0.

In the Premier League, Gerrard’s record wasn’t quite so good, with 10 wins, two draws, and 18 losses, but Gerrard has got the opportunity to inflict a season-defining defeat on Manchester United.

The FA Cup, currently, presents the only realistic chance of United ending their season with a trophy.

Rangnick’s side are still in the Champions League but will face Atletico Madrid in the knockout stages next month and would still need to defeat three other top European teams to lift the trophy if they beat the Spaniards.

With the Red Devils seventh position in the Premier League they now face the very real prospect of playing no European football next season – for the first time since 2014/15 and only the second time since 1989/90.

If United don’t play in a continental cup competition, it could see the exodus of players such as Cristiano Ronaldo, Paul Pogba, Raphael Varane, David de Gea, Bruno Fernandes and Marcus Rashford.

And a win for Gerrard’s Villa would put that scenario a step closer.