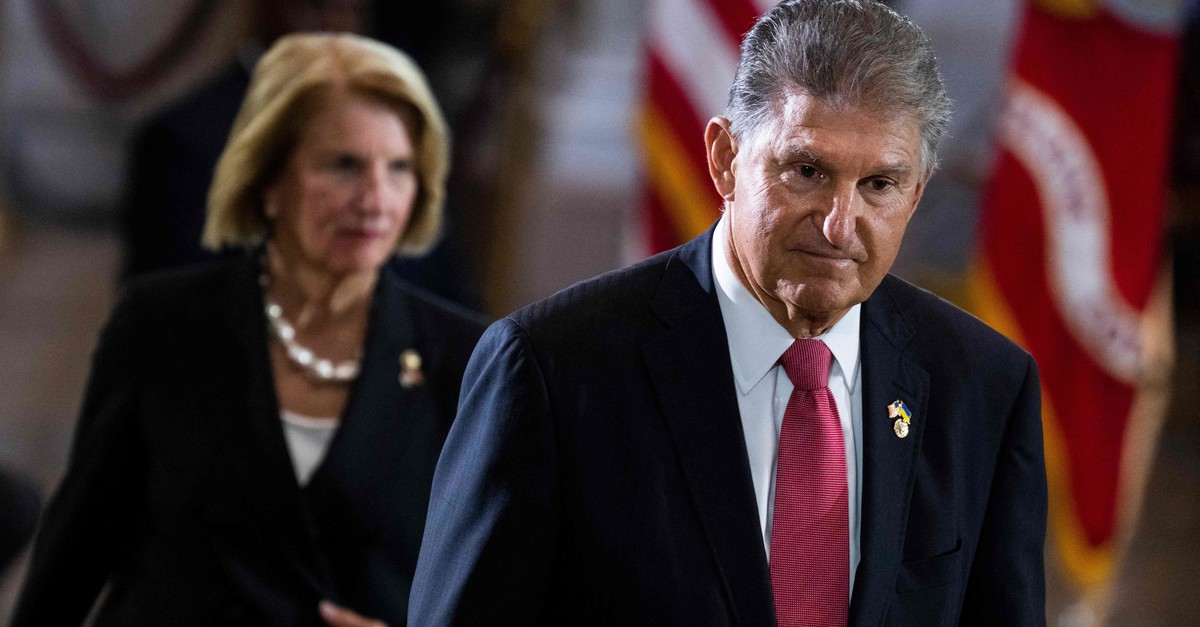 The West Virginia Democrat favors a bill that would lower prescription drug prices and extend for two years health insurance subsidies under the Affordable Care Act, which would prevent premium increases that many states are set to announce next month, according to a Democrat briefed on the conversation.

This could mean a standalone healthcare bill is within Democrat’s reach. But this is far less than the $2 trillion package originally proposed, which would have added record funding to key areas of President Joe Biden’s domestic agenda, namely climate and social safety net programs.

No spending bill can advance without Manchin’s support in the evenly divided Senate, and Schumer has been negotiating with the frequent holdout for weeks.

Manchin’s office did not immediately respond to a request for comment.

Senator Ron Wyden, a top Democrat on environment and finance issues, expressed “disappointment” at the news that the climate portion of the package could be scrapped.

“We can’t come back in another decade and forestall hundreds of billions – if not trillions – of economic damage and undo the inevitable toll,” he said in a statement late Thursday night, when news of Manchin’s change of heart was first reported by the Washington Post.

Earlier this week, Manchin had expressed worries about increasing government spending, and putting more dollars into the economy, as the United States faces its worst inflation in decades.

“While Washington seems to now understand this reality, it is time for us to work together to get unnecessary spending under control, produce more energy at home and take more active and serious steps to address this record inflation that now poses a clear and present danger to our economy,” he said in a statement on Wednesday, after the latest inflation reading showed the highest inflation in 40 years.

“No matter what spending aspirations some in Congress may have, it is clear to anyone who visits a grocery store or a gas station that we cannot add any more fuel to this inflation fire.”

Democrats have been wrestling to get Manchin on board with their budget proposals since last fall. In December, he announced he would not vote for the $2 trillion proposal, which at the time was an already slimmed-down version from the original bill and included $555 billion in climate and energy spending.