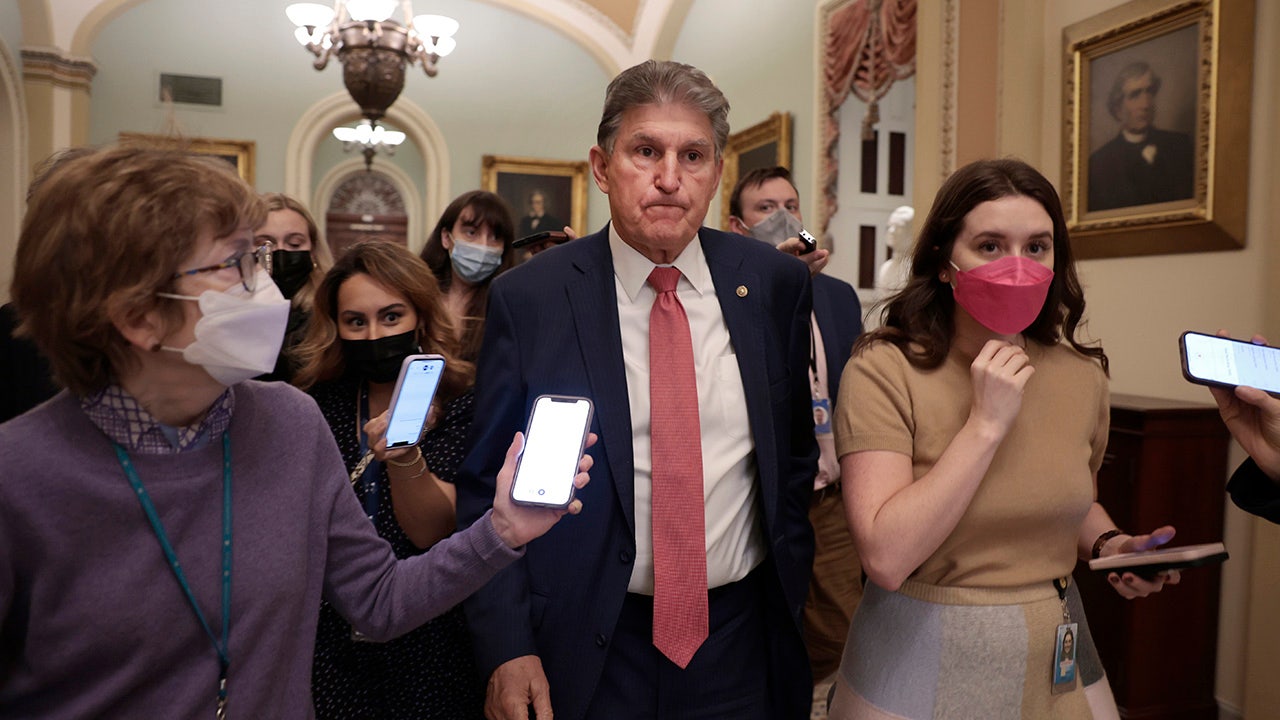 Good morning and welcome to Fox News First. Here’s what you need to know as you start your day …

Manchin announced on “Fox News Sunday” that he will be a definitive “no” on voting for the BBB plan after lengthy debate.

“I’ve always said this, Bret: if I can’t go home and explain to the people of West Virginia, I can’t vote for it,” Manchin told guest host Bret Baier. “And I cannot vote to continue with this piece of legislation. I just can’t. I’ve tried everything humanly possible. I can’t get there.”

Manchin acknowledged that there were aspects of the bill he was in favor of, but it was just too hefty for him to justify voting for it.

“There’s a lot of good, but that bill is a mammoth piece of legislation,” Manchin added, pointing out that it is not even being voted on like a normal bill, but being pushed through budget reconciliation.

Liberal media and progressive politicians immediately attacked Manchin for his position, including his colleague Sen. Bernie Sanders, I-Vt., who accused Manchin of being beholden to pharmaceutical companies. Others called the decision “devastating,” while ABC’s “This Week” panel showed visual disappointment at the news.

Reactions to Manchin’s vote matched the treatment he had been receiving for his disagreement with Biden and the more progressive members of the Democratic Party. CLICK HERE FOR MORE ON OUR TOP STORY.

Collins joined “Fox News Sunday” on his last day in office after more than a decade in the agency’s top position. The geneticist and physician tapped by President Barack Obama to lead the NIH in 2009 dodged questions about his efforts to discredit the lab-leak theory at the onset of the pandemic, maintaining the most plausible explanation is that the virus spread through animal-to-human transmission.

“I’m really sorry that the lab leak has become such a distraction for so many people because frankly, we still don’t know,” Collins told host Bret Baier. “There is no evidence really to say. Most of the scientific community, myself included, think that is a possibility, but far more likely, this was a natural way in which a virus left a bat, maybe traveled through some other species and got to humans.”

Collins said in October of this year that accusations surrounding the agency’s involvement in gain-of-function research and the Wuhan Institute of Virology had “absolutely” nothing to do with his resignation.

The United States recently surpassed 50 million COVID-19 cases and 800,000 deaths since the start of the pandemic. As for the new omicron variant, Collins said the U.S. should brace for a “world of trouble” the next couple of months, based on its higher transmissibility than the previous strains, which “pale by comparison.” CLICK HERE TO READ MORE.

Peng gave an “exclusive” interview with Singaporean outlet Lianhe Zaobao, during which she said she had “never said or written that anyone sexually assaulted” her.

“I have to clearly stress this point,” she said in the video, which Reuters translated.

Peng, 35, made headlines in November when she wrote a lengthy post on Chinese social media platform Weibo that alleged former vice-premier Zhang Gaoli forced her to have sex despite repeated refusals following a round of tennis three years ago. She further claimed Zhang’s wife guarded the door during the incident.

The post disappeared from her account, and China’s state-controlled media appeared to repress any reporting on the case. Peng also disappeared from public for two weeks after making the initial post.

International pressure from the Women’s Tennis Association (WTA) and tennis players resulted in a few limited appearances by Peng, posted by Beijing-backed news agency The Global Times and its editors.

Peng now calls the post a “private matter” and that people “have many misunderstandings” about it. She did not elaborate. CLICK HERE TO READ MORE.

In other developments
– Broncos’ Teddy Bridgewater suffers head injury on dive, taken to hospital as precaution
– John Harbaugh loses another gamble on 2-point play; why he was wrong this time
– Jaguars fan arrested after running into the end zone as James Robinson scores a touchdown
– Trey Gowdy torches ‘hypocrisy’ of the NFL funding anti-cop groups: ‘Get rid of your own referees’
– NFL Week 15 schedule, scores, updates and more

Trey Gowdy criticized the NFL on Sunday evening after a Fox News review found the league has been providing financial backing to groups openly advocating for defunding the police and abolishing prison.

“There are more cops on an NFL football field than anywhere else in the country. They are called referees,” the “Sunday Night in America” host argued. “Do you know what happens if you even criticize a referee? You get fined. So why would a league built on rules and punishment want to eliminate the people who enforce our rules and our punishments?”

Not signed up yet for Fox News First? Click here to find out what you’re missing.

Fox News First was compiled by Fox News’ David Aaro. Thank you for making us your first choice in the morning! We’ll see you in your inbox first thing Tuesday.