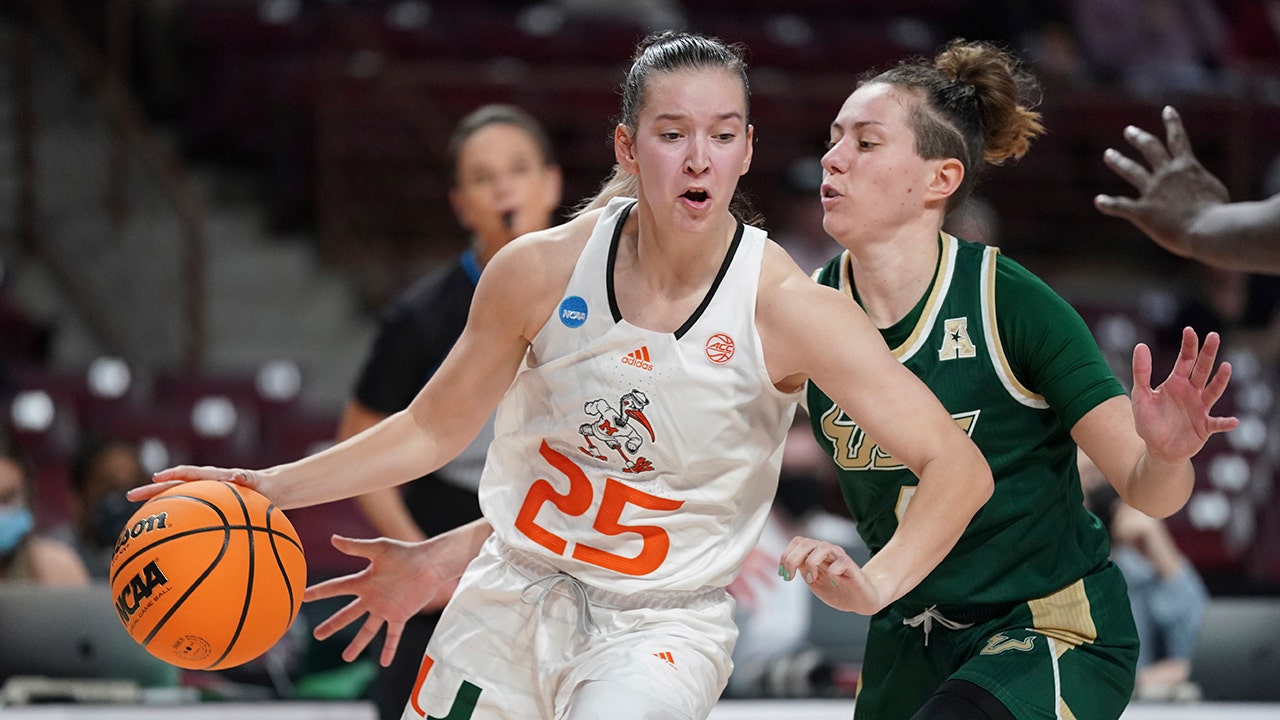 Karla Erjavec scored 14 points to lead a balanced Miami offense to a 78-66 win over South Florida on Friday in the first round of the women’s NCAA tournament.

The Hurricanes scored 24 points in the first quarter and led by as much as 19 before halftime. Ninth-seeded South Florida (24-9) kept hanging around, twice cutting the deficit to nine in the second half. But they couldn’t get any closer.

Miami advances to Sunday’s second round against the winner of the tournament’s top overall seed South Carolina and No. 16 seed Howard. If the Gamecocks advance, the Hurricanes will be playing a third No. 1 seed in the tournament in five games after beating Louisville and losing to North Carolina State in the Atlantic Coast Conference tournament.

The 78 points were the second most the Hurricanes have scored this season. Five players were in double-figures.

South Florida: The Bulls ran into a hot shooting team to lose in the first round for the third NCAA tournament in a row.

Miami: The Hurricanes got 29 points off the bench to just nine points for the Bulls, wearing out South Florida in the fourth quarter.