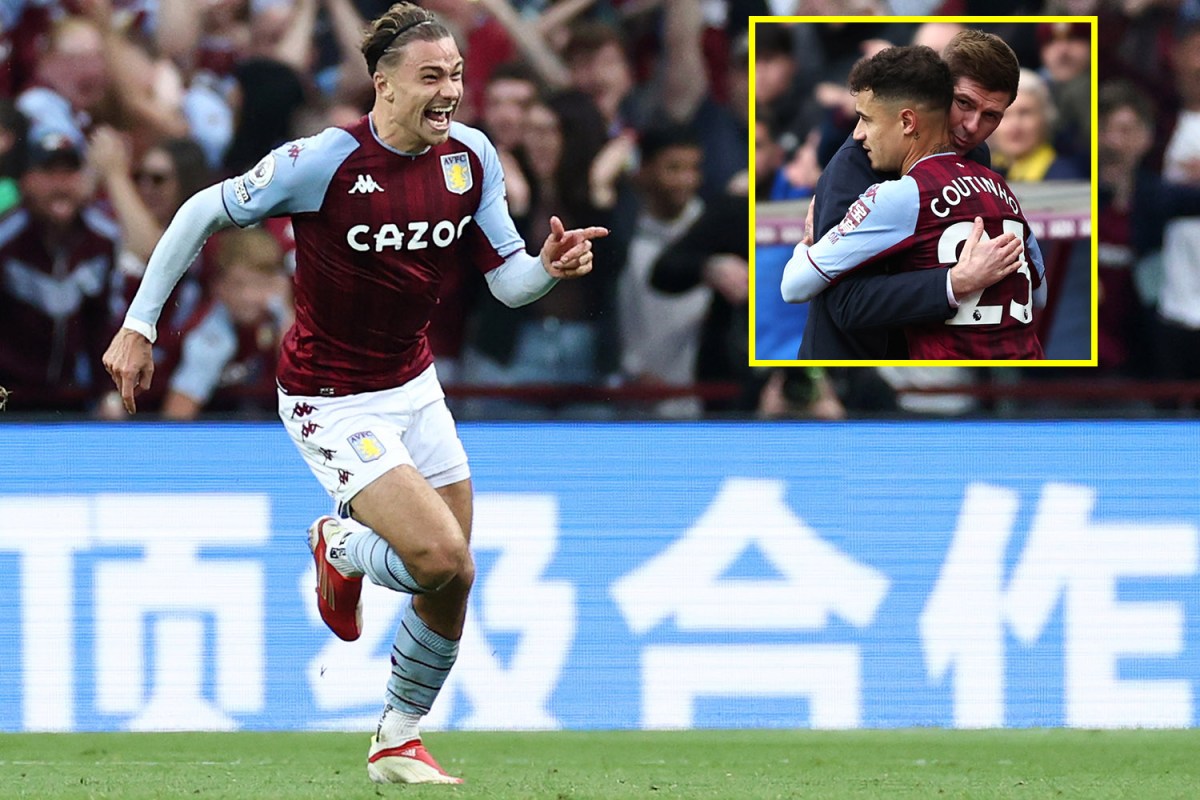 The full-back has revealed to talkSPORT how the Brazilian wows his teammates in training and would love Coutinho to remain at Villa Park long-term.

Since signing the former Liverpool star from Barcelona in January, Cash has struck up a fruitful relationship with Coutinho who arrived at the club on a loan deal until the end of the season.

The playmaker has scored four and created three goals since his move from Spain, becoming an instant hit at Aston Villa working under his former Reds teammate, Steven Gerrard.

And, speaking exclusively to talkSPORT, Cash said he and the rest of the Villa team are loving the opportunity to play alongside the 29-year-old maestro.

“Playing with him, training with him and seeing him around the training ground is next-level.

“He’s got a shimmy that everybody has seen, and honestly, it’s so quick when you’re there training with him!


‘I don’t care’, says Lampard, after revealing he broke his hand celebrating winner

“To have him on your team is brilliant.

“Obviously I’ve linked up with him a lot in the last couple of games. He’s found me, I’ve found him and he’s making my crosses look good by putting them in the back of the net!

“He’s next-level and he’s so normal. One of the most expensive, best footballers in the world and having him around is great.”

The long-term future of Coutinho is yet to be decided, however it seems that his days at Barcelona are numbered as the Catalan giants continue to push towards a fresh start both on and off the field.

Where the Brazilian will end up next is uncertain but, according to Cash, it’s crucial Villa move to sign players like Coutinho if they’re serious about pushing towards European qualification.

He explained: “Me and Ollie Watkins drive in to training together and I was saying yesterday, ‘we need to sign him’… but I’ll leave the club to do that.

“Everybody knows how important he is for us and it’d be a real honour to play another couple of years with him.”

Cash added: “It sounds a bit cliché but we’re just trying to build a platform, really.

“I was saying that two years ago we nearly got relegated out of the Premier League and so two seasons later to be sitting ninth in the table is a great achievement, but we don’t want to be sat here. We want to be pushing higher up.

“You’ve always got to build a platform to get to the next level which is Europe. That’s what we’re trying to achieve and that’s what the process is.

“Since the gaffer’s come in, that’s been the main subject and we’re building towards that.

“Working with him [Steven Gerrard] day in, day out is really good.

“The team that he’s brought with him is fantastic and that makes it a lot better.

“I’m really enjoying it, everyday there’s a demand out there on the training pitch which is what he’s implemented and I’m relishing the challenge that he’s given me.

“With all of the players in the squad, the quality that we’ve got and the potential that we’ve got, we should be looking at the European places, but we can only do it on the pitch.

“We can only focus on what’s next and that’s taking it game by game. Everybody in the club, the fans and everybody deserves to go to the next level.”

Part of Cash’s progression of late has included his emergence as a regular player for Poland’s international team, where the defender says he’s enjoyed a warm reception from Robert Lewandowski and the rest of the squad.

He said: “From the minute I walked through the door they made me feel so welcome.

““We’ve done a lot of team bonding stuff. I’ve played golf with [Robert] Lewandowski, so that was really good!

“The team bonding is brilliant and since I went there they made me feel like I was part of it already and that connection was there.”