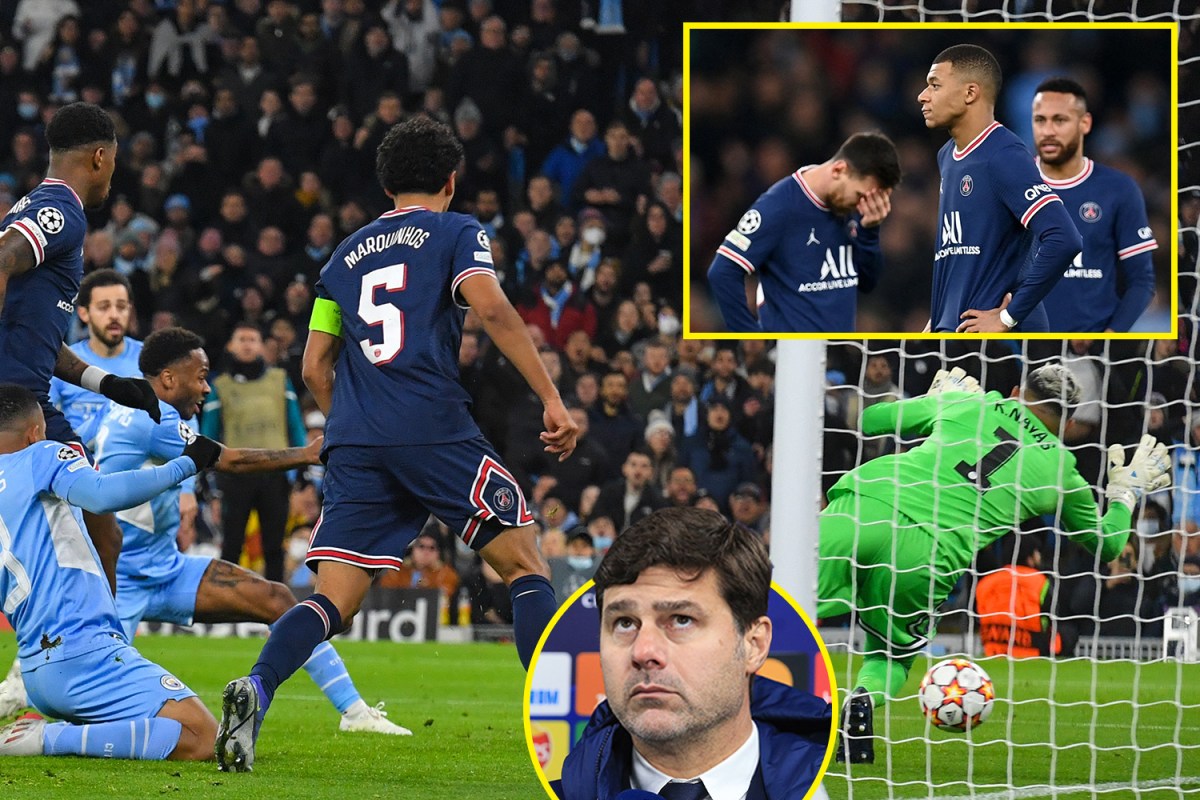 Mauricio Pochettino failed his audition for the Manchester United job on Wednesday evening as PSG were outplayed by Manchester City at the Etihad.

The Premier League champions produced a superb response after falling behind to a goal from Kylian Mbappe against the run of play early in the second half.

Raheem Sterling levelled just after the hour and substitute Gabriel Jesus popped up to claim a winner 14 minutes from time that also confirmed City as winners of Group A.

Nevertheless, it turned out to be a timid offensive display from PSG in a match where the scoreline perhaps did not reflect City’s dominance.

Apart from one pass for Mbappe’s goal, Messi was largely anonymous, while Neymar also had a day to forget.

Mbappe was the best of the three, but the fact that Pochettino hasn’t been able to get the best of his electric frontline during his time as manager will no doubt raise question marks for the Old Trafford hierarchy.

With the likes of Cristiano Ronaldo, Paul Pogba, and Bruno Fernandes in United’s ranks, the Argentine will a similar task in controlling big egos at his potential suitors.

And former Chelsea ace Jason Cundy admitted he thought the front three’s performance was unusual to talkSPORT on the Sports Bar and hit out at Neymar especially for his poor defensive display.

“That was odd tonight, that front three,” he said.

“You cant win a major cup competition with that performance.

“I’ve had this conversation with people for the last five or six years about Neymar – overrated!” he added.

“I’ve said it consistently. Give me Sterling or Bernardo Silva over any one of those [front three].

“I’m a fan of Mbappe, but give them to me over Neymar.

“He doesn’t work hard enough. If things are going well, you’ll see the flicks and tricks, but tonight, up against top class opposition, you really do see the player that he truly he is and he’s overrated.”

Even before the defeat, Samir Nasri questioned Pochettino’s tactics so far in his short stint at PSG, insisting he’s struggled to get the best of his front three.

“With PSG, he’s grasping, he still hasn’t found the right formula, he doesn’t know which system to really play in… I don’t understand why he hasn’t started to field a three-way defence, for example.

“There are a lot of things I see that are a little bit inconsistent. And it’s a little too easy to say that it is not his project, to clear oneself in case of failure.”

Only time will tell if Pochettino is, indeed, handed the reins at United.

But one thing’s for sure, PSG’s lacklustre showing at Man City have raised more questions than answered for the Argentine.