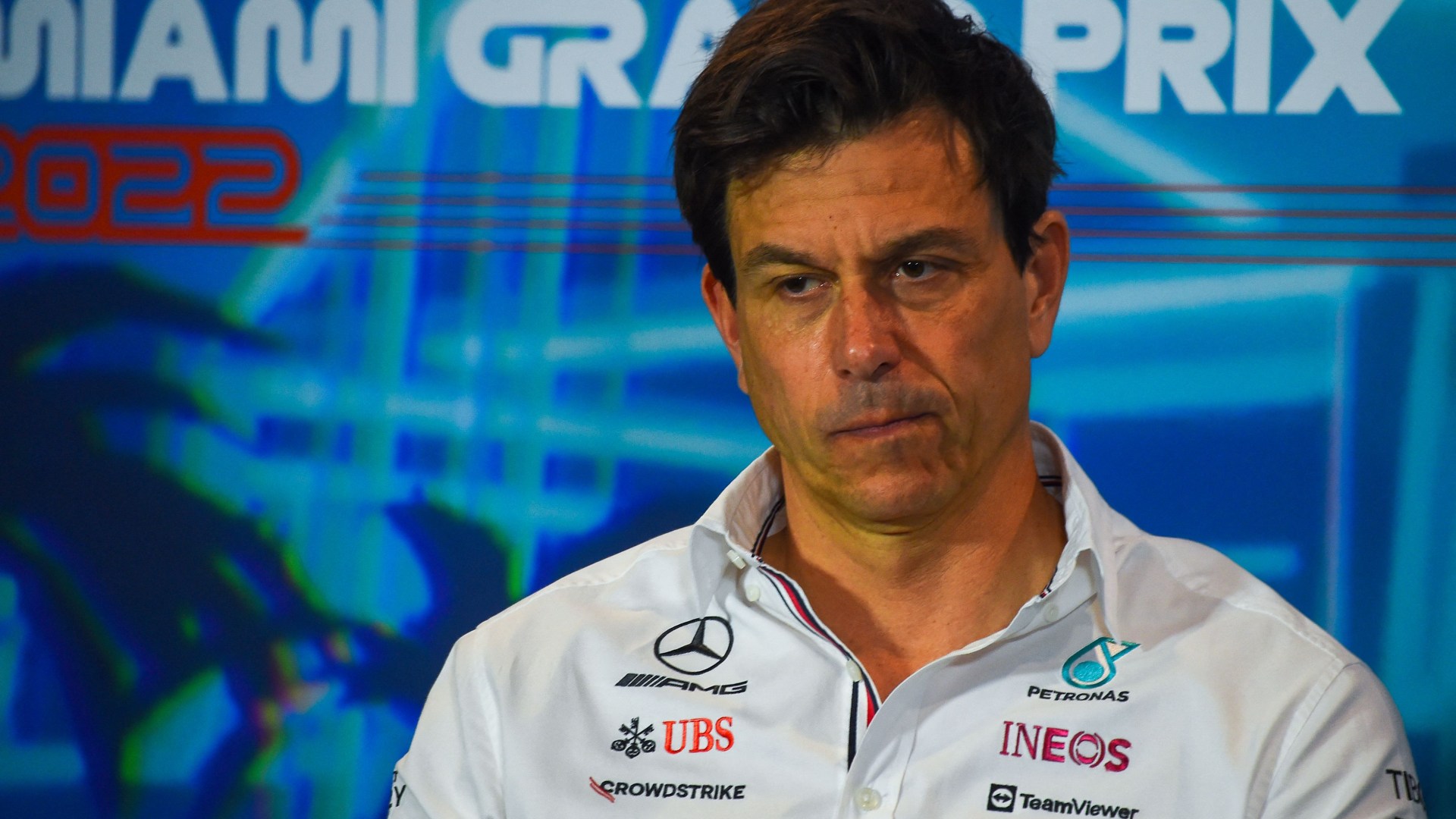 Christian Horner has slammed fellow Formula 1 team principal Toto Wolff after reports of a bust-up between the pair during the Canadian Grand Prix.

Mercedes, who have been struggling with the new 2022 regulations more than any other team, have been trying to force through change, only to be spurned by their competitors.

The arguments come over safety concerns with this season’s cars bouncing dangerously, inflicting as much at 10G in vertical g-force on drivers, 10 times their bodyweight.

Lewis Hamilton was seen clutching his back in pain after the Azerbaijan Grand Prix, and revealed he has been taking painkillers and extra physio to deal with the vibrations.

Unsurprisingly though, rival teams such as Red Bull and Ferrari see Mercedes’ complaints as an effort to recover their performance advantage in a season where the Silver Arrows are nowhere near race wins.

This led to a heated debate in Montreal, with the Daily Mail claiming Wolff ‘lost his s**’ and went into ‘full Abu Dhabi spec’ in reference to the controversial championship decider last year.

His equal at Ferrari, Mattia Binotto, is said to have sided with Horner, despite his own driver Carlos Sainz previously raising concerns about the health impact of the new cars.

“This is a sport where you’re trying to keep a competitive advantage or gain it,” he said. “But this situation has clearly gone too far.

“All drivers, at least one in every team, have said that they were in pain after Baku, that they had difficulty in keeping the car on track or blurred vision.

“Team principals trying to manipulate what is being said in order to keep the competitive advantage and trying to play political games when the FIA tries to come up with a quick solution, to at least put the cars in a better position, is disingenuous. And that’s what I said.

“I’m not only talking about the Mercedes: all of the cars suffered in some way or other in Baku, and still do it here. The cars are too stiff. The cars bounce or whatever you want to call it.

“We have long term effects that we can’t even judge. But at any time this is a safety risk, and then coming up with little manipulations in the background, or Chinese whispers, or briefing the drivers, is just pitiful.”

The sport’s governing body, the FIA, acknowledged the concerns in the lead up to the race in Canada, and issued a directive that they would be monitoring bouncing.

This could further hurt Mercedes, with the reported outcomes either being a minimum ride height, which would limit speed, or penalties for excessive bouncing.

In Canada though, they matched their best result of the season of third and fourth, with Hamilton returning to the podium ahead of teammate George Russell.

Reigning world champion Max Verstappen took home victory, and his Red Bull boss Horner took time out of his celebrations to comment on their rivals.

“Toto is conducting a campaign to push through changes,” he said. “That’s quite ironic, because here in Canada their car seemed quite fast and bounced a lot less.

“He also says that other drivers are also complaining, but our drivers have never done that. I think the Mercedes car concept is the problem and the regulations are not.”

Responding to the FIA’s directive ahead of the weekend, Horner was similarly adamant that the problem is with Mercedes and not the rules.

“It seems very unfair at this point of the year when there’s only really one team that’s missed the target,” he said.

“Is it right to change everything for that one team or should the one team change to get itself more in line?

“Personally I would put the emphasis on the team to get itself together.

“I think, the FIA, you can understand safety being their main concern, but to drop a technical directive like that, just as we’re coming into a weekend without any consultation, it just feels the wrong way to be going about things.

“I think there needs to be proper consultation with the experts and a solution can be found. But it’s a very dangerous thing to be giving the FIA basically the right to set your rear ride height and your set-up going into a race.

“I think it’s not an issue that affects all of the teams. I think the emphasis should be on the teams to get it sorted. There’s a set of regulations that are consistent for everybody there.”

Wolff and Horner repeatedly clashed last year as Verstappen and Hamilton battled for the closest world title in the sport’s history, with the depth of disdain becoming clear on Netflix series Drive to Survive.

Horner was once caught on film saying, “Shut up, f****** idiot, the guy has no f****** idea,” in response to a Wolff interview, having earlier said there ‘is no relationship’ between the pair, accusing other bosses of ‘kissing [Wolff’s] arse’.