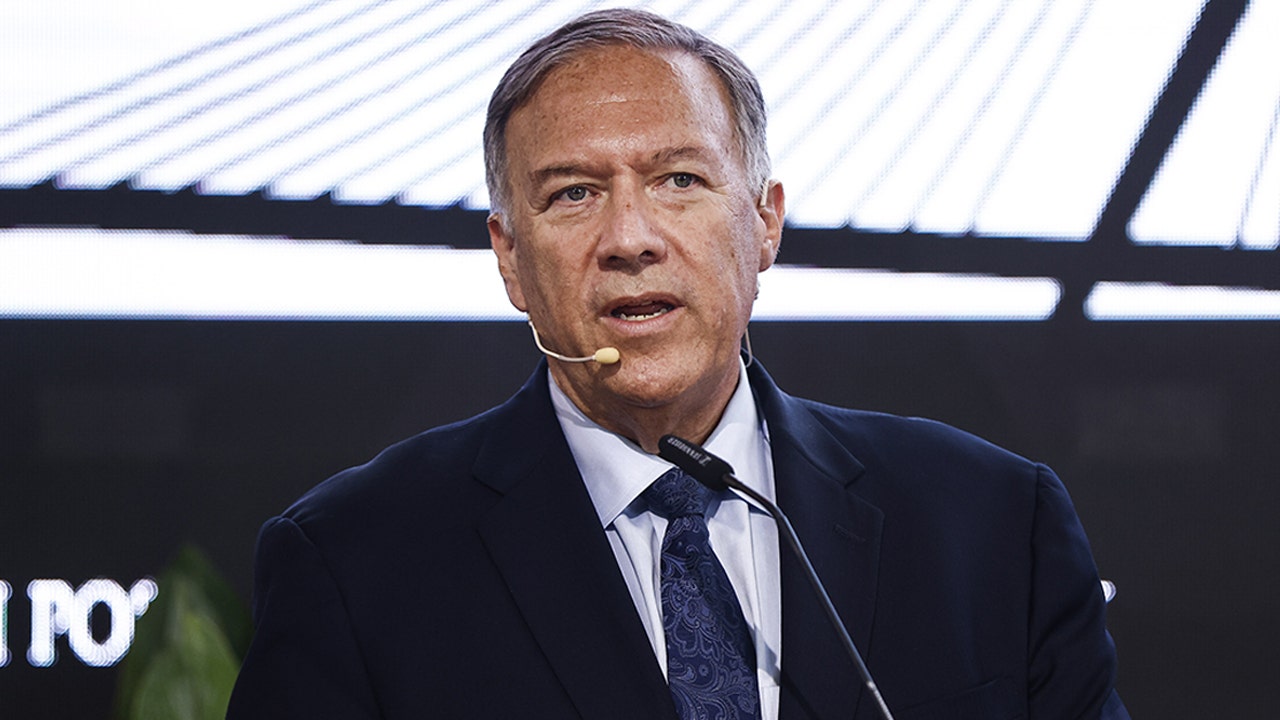 Former Secretary of State Mike Pompeo spoke to Fox News Digital on Thursday afternoon, Jan. 27, 2022, by phone to share an update on the weight-loss efforts he began last summer — efforts that led him to lose 90 pounds and regain an ease of movement and activity. Mostly, his weight loss efforts and goals are tied to being physically healthy.

The Kansas-based Pompeo acknowledged that each person’s weight-loss battle is “personal” — and that he’s not going to presume to advise anyone else on how to go about it.

“Everybody approaches these things in ways that are deeply personal,” said Pompeo. “For me, it’s about thinking, ‘Where do I want to be a month from now, four months from now, six months from now?’ I think about the things I want to try to do [in life] and keep in mind why I’m doing this.”

He added, “It’s not about a certain look or to have people comment about it — it’s literally to be physically healthy.”

Former Secretary of State Mike Pompeo during a recent television appearance. He noted in a new conversation with Fox News Digital this week that in the weight-loss arena, everyone has “bad days.” The key is to “make sure you do it right the next day.”

Pompeo said he reflects on what he wants to be able to do with family and friends moving forward.

Recent foot surgery, he noted — something he talked about previously with Fox News Digital, in early January — has slowed him down a bit, he said.

“You have to be cognizant of where you are [in your progress]. I’m still trying to do everything I can, working out, for example, even though I can’t get on both feet at the moment.”

“Make sure you do right the next day. You can’t make up for the mistakes of yesterday. You can only take care of what’s in front of you.”

Pompeo also acknowledged that like everyone else in America who’s trying to slim down — especially now, in a New Year — “you have bad days. You’re out to dinner with a group, let’s say, and you don’t do well.”

He said he’s been “pretty good about that. That’s been a problem for a lot of folks, including me, where you think, ‘Well, I’m in a bad place, I’ll just keep down that path …’ I have managed to correct that [type of thinking] and get it more right the next day — and get back into place and make sure that I stay healthy.”

Former Sec. of State Mike Pompeo is shown here in a split-screen compilation. “I’m happy where I am” in his weight-loss progress, he told Fox News Digital. Now it’s all about “trying to maintain it” — an issue that so many Americans also deal with and understand.
(FOX)

Pompeo, by the way, says that right now he’s not weighing himself every day.

“I’ve stopped doing that. I was doing that [earlier] when I was trying to lose weight as quickly as I could. But now I have a sense of where I am, I’m happy where I am, and I’m going to try to maintain that.”

He does still get comments from people he meets today about the change in his appearance over the past six or eight months or so.

“People will say, ‘You look healthy, you look good’ — and I thank them for that.”

What about when temptations arise — how does he handle that?

If it’s about the urge to eat the wrong foods or to eat too much of the right foods, Pompeo says he’ll think to himself, “I can do without that,” or, “I’ll just have a small piece or taste of something. I try to do it right.”

Pompeo said he’ll check back in with Fox News Digital on this lifestyle topic in a few months.

Mike Pompeo added, “Keep watching me. And you feel I need a check-in [based on how he’s looking], please let me know!”