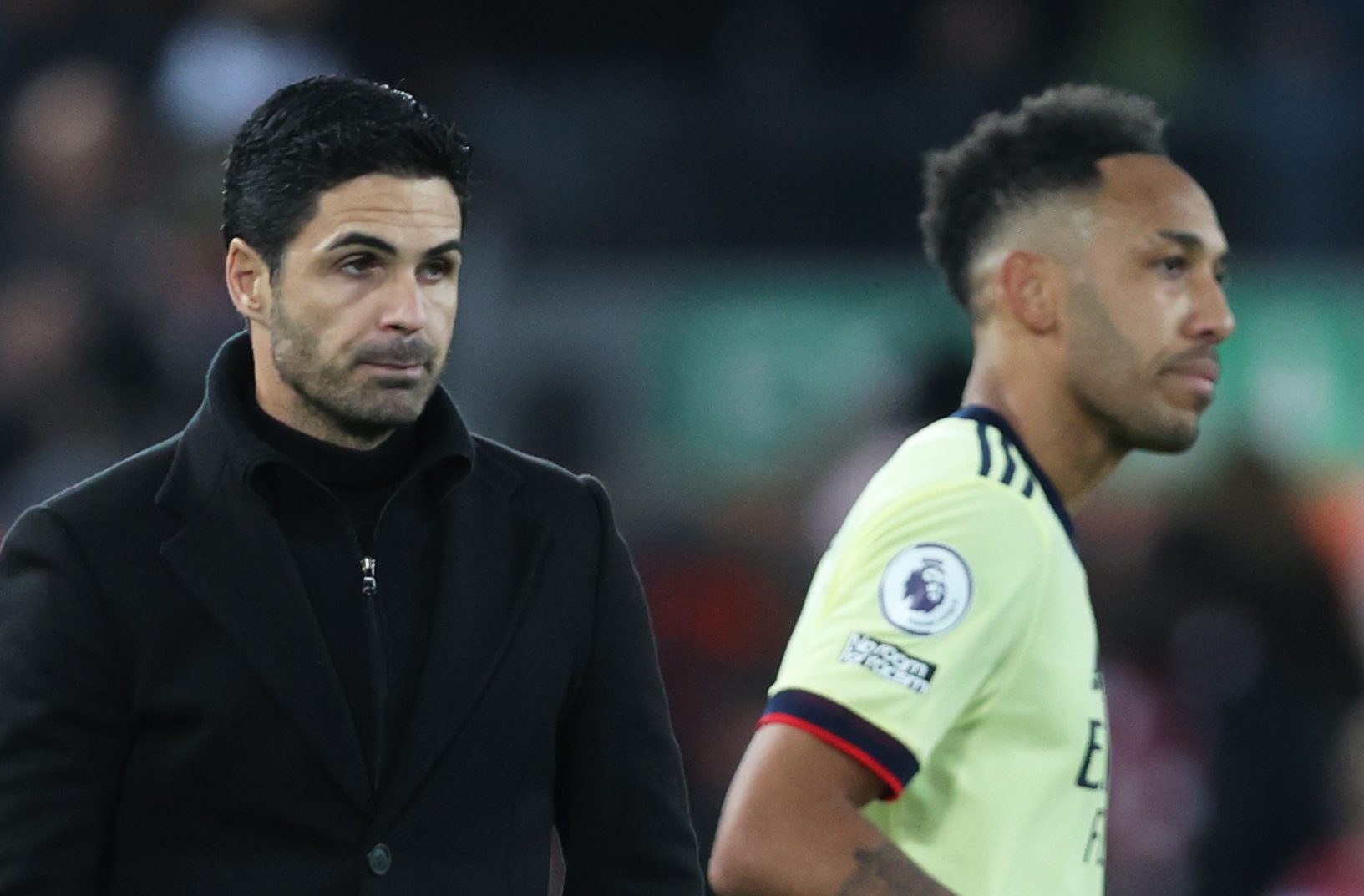 Mikel Arteta compiled a ‘catalogue of misdemeanours’ against Pierre-Emerick Aubameyang which led to his exclusion at Arsenal last season.

The Gabon international endured a dramatic fall from grace having been stripped of his captaincy and excluded from the first-team squad after a number of disciplinary issues.

The 33-year-old’s situation will be broadcast to the world in the latest episodes of Arsenal’s All Or Nothing series on Amazon Prime, where Arteta’s handling of the saga will be visible for all to see.

Anticipating the prospect of a legal fallout after excluding him from the first-team, Arteta could be heard telling a member of the communications team: “That is why I have everything documented.

“With the dates, the times, the conversion, how it happened, why it happened… because if one day it is needed.

“He has been late, apart from all the issues, many times. The club has got a tradition. When you get paid that much money…”

The behind-the-scenes footage then showed lawyers telling Edu and Arsenal’s director of football operations, Richard Garlick, that they were legally ‘on the back foot’ with regards to Aubameyang’s exile.

Garlick replied: “Mikel has a file, a catalogue of misdemeanours which has culminated in this.”

Acknowledging that supporting Arteta’s stance was ‘not easy’, Edu told chief executive Vinai Venkatesham: “We have to talk to Aubameyang and to Mikel. He has to come back to the squad and help us until the end of the season.”

Venkatesham replied: “We are going to have to reintegrate him. We have to.”

Aubameyang was never reintegrated and instead left the club for Barcelona during the January transfer window, but even that wasn’t without drama.

Travelling without the club’s permission, Edu and Garlick found out about Aubameyang’s travels via social media with one of the striker’s representatives eventually telling them that he’d travelled for private reasons with his father living there.

Finding this version of events hard to believe, Edu replied: “OK, so we live in Disneyworld.”

Paddy Power T&Cs: Place a £5 Sportsbook Bet through the talkSPORT EDGE app between the 1st and 31st August. Get a £5 free bet on the next Monday after your qualifying bet. T&C’s apply. 18+ Begambleaware.org