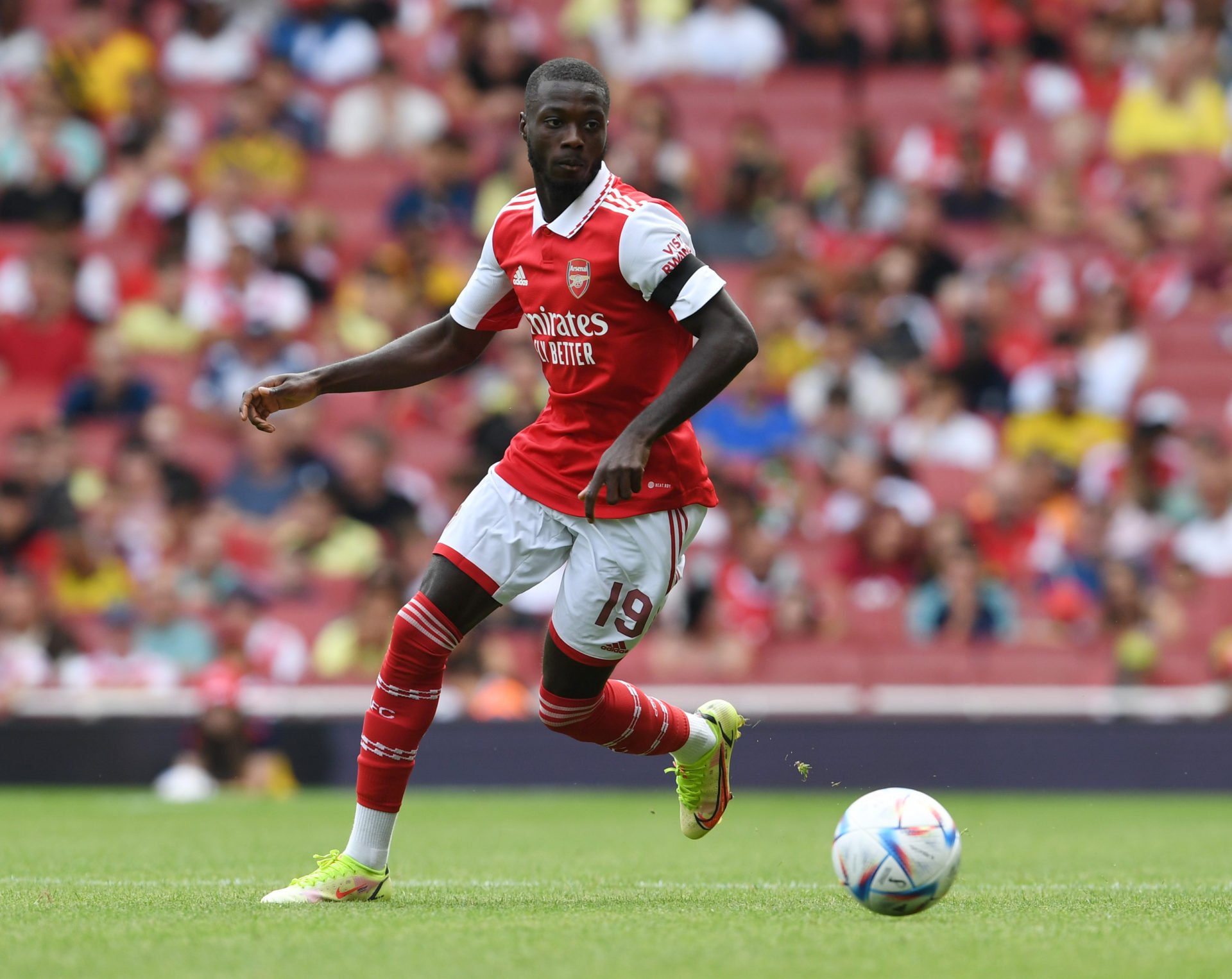 Mikel Arteta is now ‘desperate’ to sell Arsenal flop Nicolas Pepe during the final month of the transfer window, amid interest from Premier League duo Leeds and Newcastle United.

Arsenal are ‘desperate’ to sell Nicolas Pepe and clear the Ivory Coast forward’s salary from their wage bill, according to Goal. Mikel Arteta has been willing to offload the winger since January, but has not received a viable bid, amid interest from Leeds and Newcastle United.

Jesse Marsch and Eddie Howe are reportedly exploring moves to take Pepe to Elland Road or St James’ Park. Diario De Sevilla credited the Whites as appreciating the 27-year-old last month. While Dean Jones claims the Magpies believe he will likely be an attainable target.

Leeds and Newcastle are keen to strengthen their offences as they strive to break into the top-half of the Premier League table. Marsch led the West Yorkshire outfit to survival after replacing Marcelo Bielsa, while Howe took the Toon to 11th after he replaced Steve Bruce.

Arteta does not envisage Pepe holding a key role at Arsenal in the new season, so is ready for Arsenal to sell the forward. He has never lived up to the £72m fee that Unai Emery paid LOSC Lille in 2019, having agreed to pay an initial £20m with the remainder over five years.

Pepe has so far amassed 112 appearances across all competitions since he arrived in north London. Yet the 34-cap international has only struck 27 goals and 21 assists, while starting in 67 fixtures. Of his efforts, only 16 goals and nine assists have come in 80 league outings.

So, with Pepe tied down on a £140k-a-week deal through to 2024, Arteta is ‘desperate’ for Arsenal to sell the 2020 FA Cup winner this summer, with Newcastle and Leeds showing an interest. But no side has yet approached the Gunners with an acceptable proposal to date.