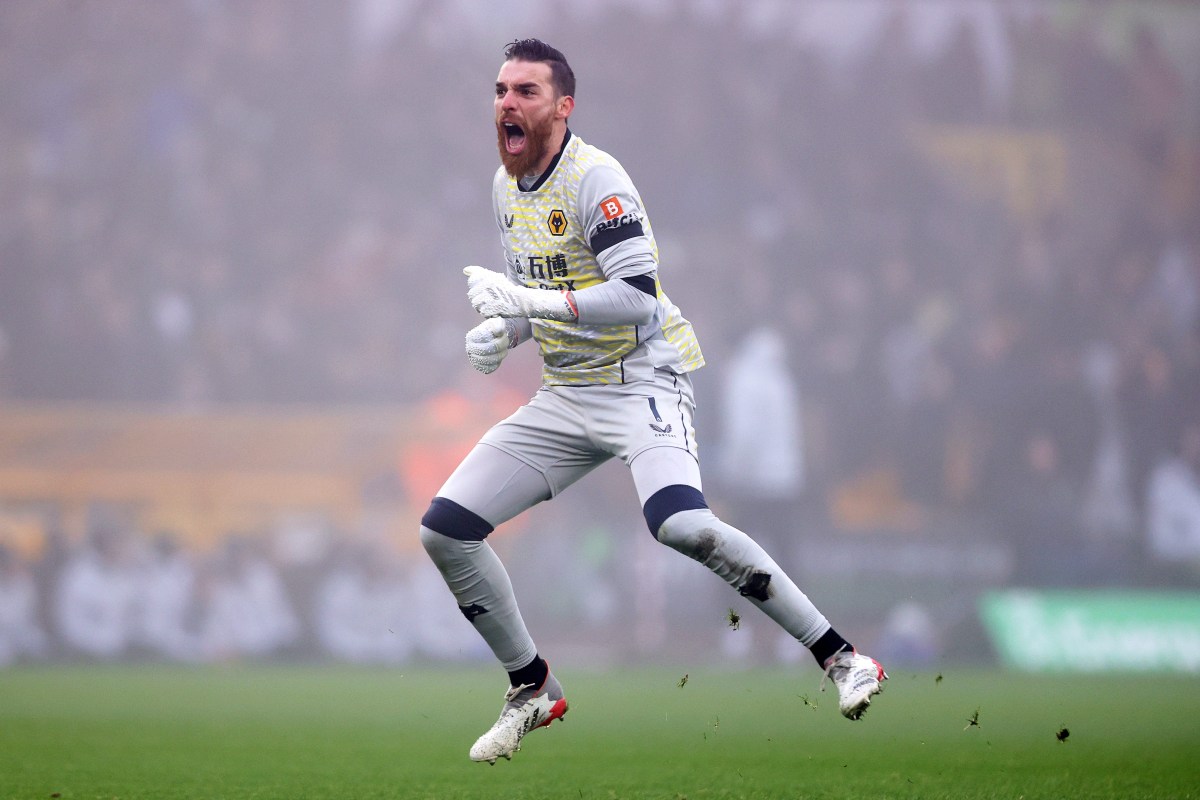 If you look down the Premier League table at the goals conceded column, you may be surprised to learn that only Manchester City have let in fewer than Wolves’ 14.

Wolves have long been solid at the back since returning to the top flight, but things were expected to take a dent this season with the departure of Portugal No.1 Rui Patricio and manager Nuno Espirito Santo.

However, with new man Bruno Lage at the helm and Jose Sa joining the fray in goal, things are only getting better.

Sa was key when Wolves racked up their first win at Old Trafford in over 40 years last time out, denying a free kick late on that was destined for the back of the net when it left the boot of Portugal teammate Bruno Fernandes.

And with the referee blowing the whistle seconds later, Sa was mobbed in jubilant celebrations from his teammates, who may be aware just how little of a chance their new keeper had of still being able to call Fernandes and Cristiano Ronaldo international colleagues.

The 28-year-old managed to hold off Manchester United’s superstars on the day, but he hasn’t always had such luck, taking on Liverpool’s front line back in 2018 with what looked like career-ending consequences.

Earmarked as both Porto and Portugal’s future in goal, Sa was given his chance in 2017 to replace the legendary Iker Casillas at club level, and took the mantle in October through until February.

The Braga-born shot-stopper made the gig his own despite an early mistake against Leipzig, and started the new year with high hopes when Liverpool rocked up to the Estadio do Dragao for their first Champions League knockout match in nine years.

It didn’t take long for disaster to strike though, with a Sadio Mane effort hit right at the keeper, only for him to let it squeeze underneath his body in the 25th minute.

Sa was livid with himself, but that frustration soon turned to embarrassment when Mohamed Salah juggled the ball over him in Lionel Messi-esque fashion, before he spilled a Roberto Firmino shot into Mane’s path for an easy tap-in.

Further goals from Mane and Firmino ended the match 5-0, but little did they know they’d as good as ended a young and promising keeper’s career in Portugal.

Next up was an easy fixture against minnows Estoril for Sa to get his head straight, but his Liverpool nightmares were clearly still haunting him when an Eduardo Teixeira free kick from far out floated over his head and into the far corner of the net for an early lead.

As an analogy for what was happening to Sa’s promising career, a section of the away stand began crumbling behind him, with Porto’s supporters filtering out onto the pitch at half time for safety with the match then suspended.

As the Antonio Coimbra da Mota stadium fell apart, so did Sa’s career, dropped for Casillas the following match, he never got to finish the Estoril game, or feature again for Porto, but still managed to pick up a red card while on the bench in a 1-0 defeat.

Manager Sergio Conceicao had seen enough, and managed to shift Sa on loan to Olympiacos for the following season, where he found solace under Pedro Martins, the man who gave him his senior debut at Maritimo.

With two Greek league titles and more Champions League experience added to his resume, Sa was picked up for £6.6million by a man well aware of his potential in the shape of Lage, and so far things have been near faultless.

“He came with a big responsibility to replace a goalkeeper like Patricio, but I trust him,” Lage said in a recent interview.

Sky Sports’ Gary Neville named Sa as his signing of the season even before the United game, and it’s easy to see why, with the Wolves keeper’s save percentage of 85.3% the best of anyone in Europe’s ‘big five’ leagues.

Sa even had some redemption when he faced Liverpool earlier in the season, managing to stop Salah and Mane, before only being breached by a single Divock Origi goal.

But whatever way you cut it, the comeback job is complete for Sa, and if he can follow up replacing Patricio in the Wolves net by taking his job with Portugal, his nightmare week in February 2018 will forever be a distant memory.