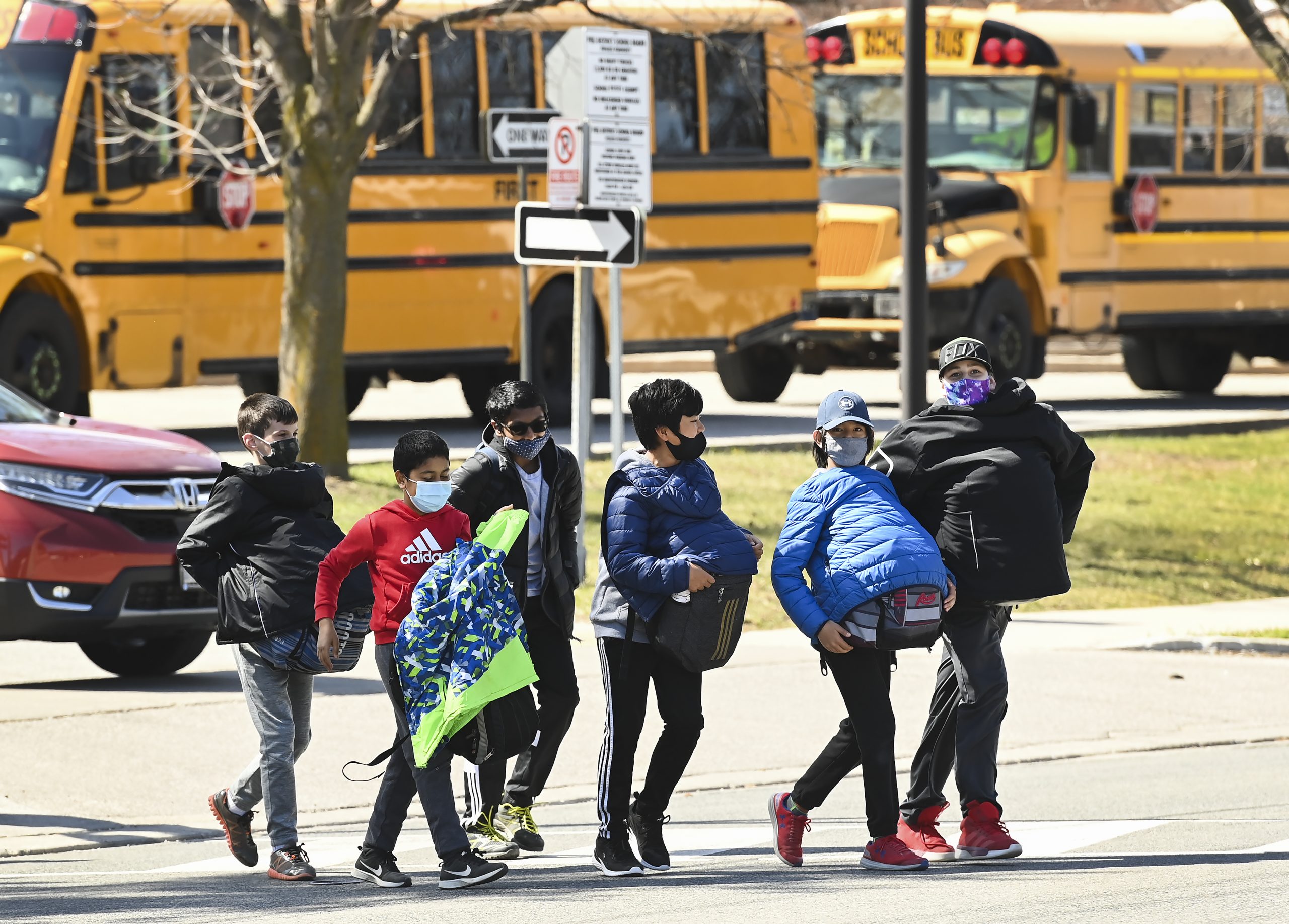 Ontario’s chief medical officer of health has rejected a proposal to extend masking mandates following requests from multiple schools, including the Toronto District School Board (TDSB), asking that they adhere to provincial guidelines.

In a letter penned to the chief medical officer of health last week, TDSB chair Alexander Brown asked for “additional time to approach the removal of protections within schools.”

In response, Moore said, in part, that “with the peak of Omicron behind us, Ontario has been able to cautiously and gradually move through its reopening milestones.”

“With high vaccination coverage and the availability of antiviral treatments, Ontario now has both the prevention and response tools necessary to manage the impact of COVID-19,” Moore wrote in the letter obtained by CityNews.

“As we continue on this path, we are able to take a more balanced and longer-term approach to the province’s pandemic response, including in Ontario schools, by removing many of the emergency measures that have been in place over the past two years.”

As part of the provincial government’s decision to lift its masking mandate, Moore has recommended that those most vulnerable to COVID-19 “should continue to wear a mask in select settings, including those who are immunocompromised or medically fragile.”

“There remain circumstances where mask-wearing is recommended or required. It will be very important to foster an environment that is kind, considerate and inclusive of those who choose to continue to wear a mask,” Moore said in a letter penned to the TDSB.

The TDSB said it would stick to Moore’s recommendation last week despite asking for an extension on a masking mandate. On Thursday, the TDSB confirmed that Moore declined that extension, reiterating his previous decision to lift the public health measure starting next week.

“Toronto Public Health responded by noting that all policies related to mask mandates in schools are the responsibility of the provincial government but underscored their continued partnership with the TDSB as we continue to navigate health and safety measures together,” the TDSB said.

As a result, Toronto’s largest school board said that masks will still be strongly encouraged in TDSB schools, though not required, except in certain circumstances.

These include days 6-10 after a self-isolation period of five days after a COVD-19 diagnosis (if identified as a close contact of someone with COVID-19), or in public spaces — including schools and childcare centres for the first 14 days following travel outside of Canada.

Schools will continue to be mask-friendly environments, the TDSB says, adding that masks will still be available to both staff and students upon request.

“Classroom environments will be inclusive of all students.”

Last week, Premier Doug Ford called out school boards, saying they should stick to the province’s decision to end mask mandates because “they’re not medical experts.”

“I’m disappointed but not surprised”

The chair of the Waterloo Regional District School Board, Scott Piatkowski, had penned a letter to Dr. Moore asking for an extension to Ontario’s lifting of a masking mandate, slated to go into effect as of March 21.

In the letter, Moore mentions that “This does not signal that COVID-19 has disappeared,” adding that “we still need to do our part to protect ourselves and others from COVID-19.”

“The rationale provided by Dr. Moore is consistent with what he presented in his announcement on March 9, so obviously, he was not persuaded by our arguments in favour of a two-week extension,” Piatkowski said in an email.

“Our staff have been preparing for the March 21 return to the classroom on the assumption that the mask mandate would not be in place on that date. Given what we heard from the Science Table this morning, I’m hopeful that many of our staff and students will continue to wear masks in indoor settings and strongly encourage them to do so.”

The Hamilton-Wentworth District School Board (HWDSB) announced Thursday it will continue to enforce masking among students from Grade 4 to Grade 8 until April 1 — 11 days after Ontario will have lifted its mask mandate.

A spokesperson for the school board told CityNews it had not received a similar letter from Moore.

“We are operationalizing provincial direction whereby we are encouraged to immediately move toward normal conditions within all school settings,” Shawn McKillop said in an email.

Some Canadian post-secondary institutions have warned students not to ditch the idea of wearing masks even as provincial governments drop the long-standing public health measure.

Last week, some Ontario universities, including Western University, the University of Waterloo and Mohawk College, have all said they plan to require that students wear masks for the rest of the winter term.