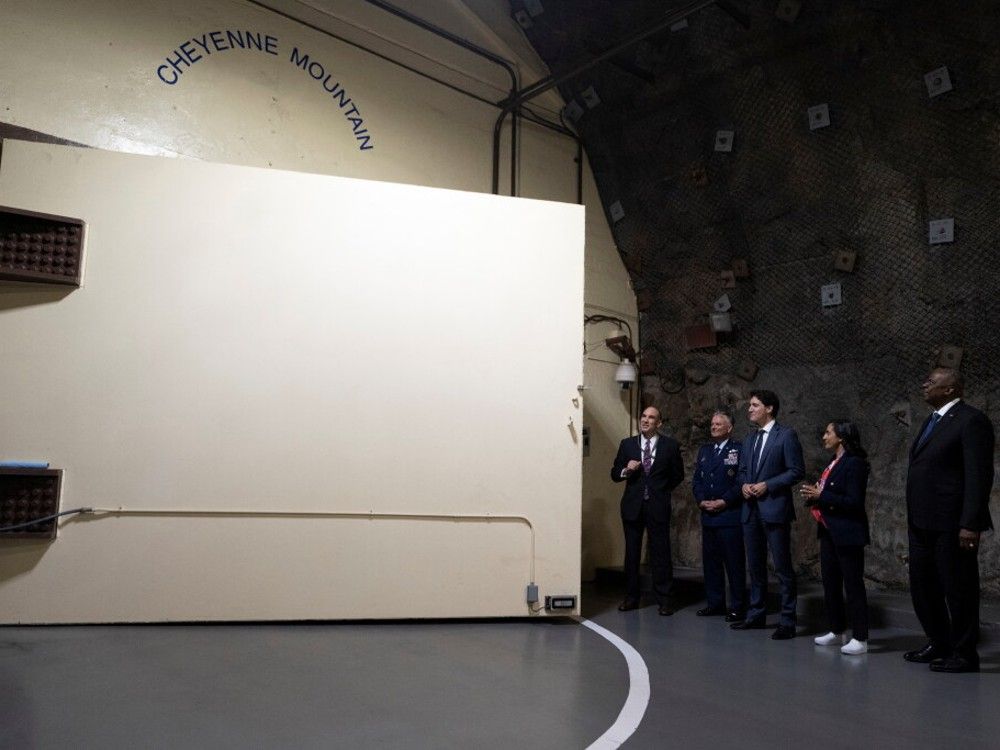 She said it’s most “the most significant upgrade to NORAD from a Canadian perspective in almost four decades.”

“In close coordination with the United States, we will establish the backbone of a brand-new northern approaches surveillance system to enhance surveillance and early warning threats to our continent,” Anand said.

Anand’s press secretary Daniel Minden said the $4.9 billion is coming from money already allocated in this year’s federal budget, but the “approximately $40 billion in new funding is for the 20-year horizon of funding for NORAD.” He did not respond by deadline to a question asking for clarification about whether the $4.9 billion is part of, or additional to, that $40 billion.

NORAD, a joint military command with the U.S. that provides airspace surveillance was first created during the Cold War to protect against a Soviet attack. It was also designed for the threats of the day, long range bomber threats from the Soviet Union, and doesn’t protect against newer generations of missiles. Its equipment was last modernized in 1985.

Anand said the new system of sensors “essentially push our line of sight further north, ensuring we will be able to respond to fast moving threats like hypersonics.”

Robert Huebert, associate professor of political science at the University of Calgary, said the announcement is “missing a very significant part of the detection of the threat” in that it doesn’t cover underwater threats.

“The reality is you need to stop the submarines for coming into our passageways. So you need improved detection systems for submarines, and autonomous underwater vehicles, as well as you do for the cruise missiles,” he said.

Hubert said Canada also needs to ensure it has the equipment to respond to the threats it detects, including obtaining the F-35 fighter jets the government has announced it plans to buy, as well as surface combatant ships and new submarines. “No point in buying the bullets if you’re not going to buy the gun,” he said.

The U.S. embassy welcomed the announcement Monday. “The United States looks forward to continuing to strengthen our collaboration with Canada on continental defense and security, including in the Arctic,” a statement from U.S. ambassador David Cohen said.

James Fergusson, deputy director for the Centre for Defence and Security Studies at the University of Manitoba said the question remains whether the commitment to the spending will remain once the war in Ukraine is over, or a different government is in power. “They should, but I’m not convinced they will,” he said.

He said other elements of the announcement that remain unclear are how exactly that funding will be allocated. “The devil is in the details here, and it would be useful if we had a better idea of what the government is going to deal with all this money,” Fergusson said.

Another unclear element both Huebert and Fergusson pointed to was whether Canada will sign on to a ballistic missile defence system with the United States.

“If we’re going to have any form of meaningful integrated deterrence, and that’s what the Americans are talking about… I don’t understand how you could conceivably cut out ballistic missile defence,” said Huebert.