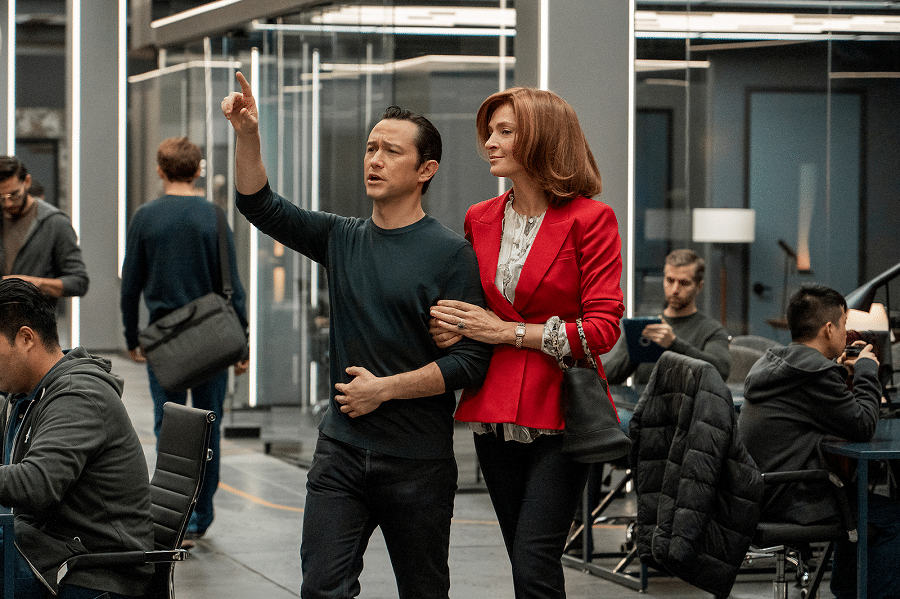 If you’ve ever wanted to watch more Canadian films, now is your chance! But will that heartbreaking local film top the MUST-WATCH Top 10! Or could it go to to a legendary rock band? You’ll have to keep reading to find out!

Super Pumped: The Battle for Uber

We’re starting off this week with an in-depth look into the tech world!

Super Pumped: The Battle for Uber is the first season of a new anthology show about businesses that changed culture. This first season focuses on Uber, specifically its CEO Travis Kalanick (played by Joseph Gordon-Levitt from 500 Days of Summer and Snowden). From his rise to fame alongside VC Bill Gurley (played by Kyle Chandler from Bloodline) and correspondence with Ariana Huffington (played by Uma Thurman from Kill Bill), to his eventual ousting by the board, this show shows it all. Fun fact, it’s also narrated by Quentin Tarantino!

You can watch this show weekly on Crave!

Now, it’s time for a thriller!

No Exit is a thriller about 5 people stuck together in a visitors centre during a storm. Taking its name from the famous existentialist play, the main character Darby (played by Havana Rose Liu from Mayday) escapes from rehab trying to drive across state lines to visit her mother before she dies in hospital. But a storm forces her to pull over, and rest in the visitor centre. While standing outside looking for a signal, she finds a young girl trapped in a van. Knowing one of the other people stuck at the visitor’s centre with her is the kidnapper, she tries to solve which of them it could be while also trying to free the little girl. This also stars Dennis Haysbert (from 24), Dale Dickey (from Vice Principals), and Danny Ramirez (from the Falcon and the Winter Soldier).

You can watch this film on Disney+ now!

Now, let’s take a look at something closer to home!

Scarborough is a Canadian film about (you guessed it) Scarborough. Specifically, it’s about three young children who each struggle with their own issues at home. They all attend the same daycare, run by Ms. Hina (played by Aliya Kanani from Juicy). The daycare isn’t receiving the financial support it needs, and the three children might not be able to fully recover from their own personal tragedies. Directed by Shasha Nakhai and Rich Williamson, and written by Catherine Hernandez (based off of her own book), this film is an empathetic portrait of the struggle of growing up in the modern day. We reviewed this film back when it played at TIFF, you can read that here.

You can watch this film at the TIFF Bell Lightbox, or the Cineplex Morningside cinema!

Worst Roommate Ever is a new docuseries about (believe it or not) really bad roommates. Produced by Netflix and Blumhouse Television, this show looks at some people who were in need of a roommate. But there ad wasn’t answered by someone desirable, but somebody who ruined their lives. From psychopaths stealing their house and money, to murderers burying bodies in the backyard, this true crime series has the worst roommates you could ever imagine!

All episodes of this show drop on Netflix on March 1st!

Lastly, some good old fashioned horror featuring one of the best rock bands out there!

Studio 666 is a new film starring the Foo Fighters as themselves. They’ve gotta write and record a tenth album, and lead singer-songwriter Dave Grohl wants to do something unique for momentous triumph. They decide to rent a house in Encino that has a very spooky feeling. But there’s some sort of spirit living in the house, and it takes control of Grohl. Now the other members of the band have to see if they can save Dave, before all their souls are damned.

You can watch this film in cinemas now!