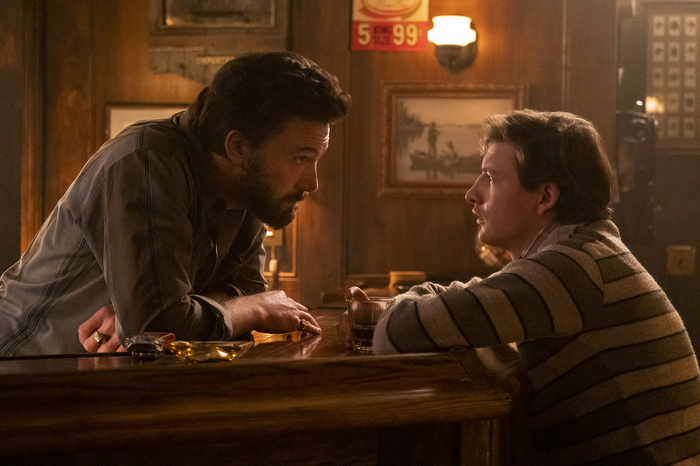 The second season of one of HBO’s most intense shows is back in the MUST-WATCH Top 10! But will it take the top spot? Perhaps the latest film from Ben Affleck can do it, or the newest project from a member of Kim’s Convenience? You’ll have to keep reading to find out!

We’re starting this week off with a return to one of HBO’s most successful recent shows!

After an insanely popular first season and two specials, Euphoria is back! This new season sees Rue (played by Zendaya from Dune and Spider-Man: No Way Home) going to Narcotics Anonymous with her sponsor Ali (played by Colman Domingo from Zola). She’s been carrying a suitcase around everywhere with her as she recovers from her sort-of breakup with Jules (played by Hunter Schafer from Belle). The suitcase is filled with pills, and her plans with it are currently unknown.

You can watch this show weekly on Crave!

Where to watch: Amazon Prime Video

The Tender Bar is a new film directed by George Clooney (the famous actor who also directed Good Night, and Good Luck, as well as Suburbicon). It’s based on the childhood of journalist J.R. Moehringer (played here by Tye Sheridan from Ready Player One), who was raised by his mother (played by Lily Rabe from the Whispers) and his uncle (played by Ben Affleck from Argo and Justice League). His uncle runs a bar, so Moehringer learns the lessons of life while shots are poured, and the jukebox is blaring. This film also stars Christopher Lloyd (from Back to the Future), and Ron Livingston (from Office Space).

You can watch this heartwarming film on Amazon Prime Video now!

Now, let’s take take a look at the last season of a cult classic!

Search Party is a show that began as a group of millennials trying to solve a disappearance of their friend, and evolved in a conspiracy about kidnapping, arson, and murder. This latest season sees Dory (played by Alia Shawkat from Arrested Development) recovering from her injuries sustained last season, and now turning into a cult leader supported by a big pharmaceutical company. Her friends (played by John Early from Save Yourselves!, John Reynolds from Four Weddings and a Funeral, and Meredith Hagner from Palm Springs) are along for the ride, although they suspect that Dory’s mental state might be suffering like it never has before.

You can watch all of this show on Crave now!

Where to watch: CBC Gem

If you’re missing Kim’s Convenience, this here’s the show for you!

RUN THE BURBS is a new sitcom starring Andrew Phung (who played Kimchee on Kim’s Convenience). He plays a character based on himself called Andrew Pham, who’s a regular dad living in the suburbs. Him and his wife Camille (played by Rakhee Morzaria from Note to Self) live with their two children in a fictional town called Rockridge, based off of the suburbs of Phung’s hometown, Calgary. He’s a stay-at-home dad, she’s an entrepreneur, and together, they run the burbs. You can expect some surprise appearances throughout the show, including a famous Canadian rapper!

You can watch the first episode of this on CBC Gem now!

Lastly, it’s time for an HBO show about a controversial family that’s not Succession!

The Righteous Gemstones is a show created by Danny McBride (from Eastbound & Down and This is the End). It stars him, as well as Edi Patterson (from Vice Principals and Knives Out), Adam DeVine (from Workaholics and Pitch Perfect) and John Goodman (from Monsters Inc. and Atomic Blonde). They’re a televangelist family hoping to make as much money as possible. Goodman’s character, Dr. Eli Gemstone, is trying to figure out which of his children will eventually take over the family business. But none of them seem to be that good at worshipping the Lord. This newest season sees a reporter (played by Jason Schwartzman from Bored to Death and Marie Antoinette) trying to chase down a story about them that shows they might not be all that religious.

You can watch the first episode on Crave now!