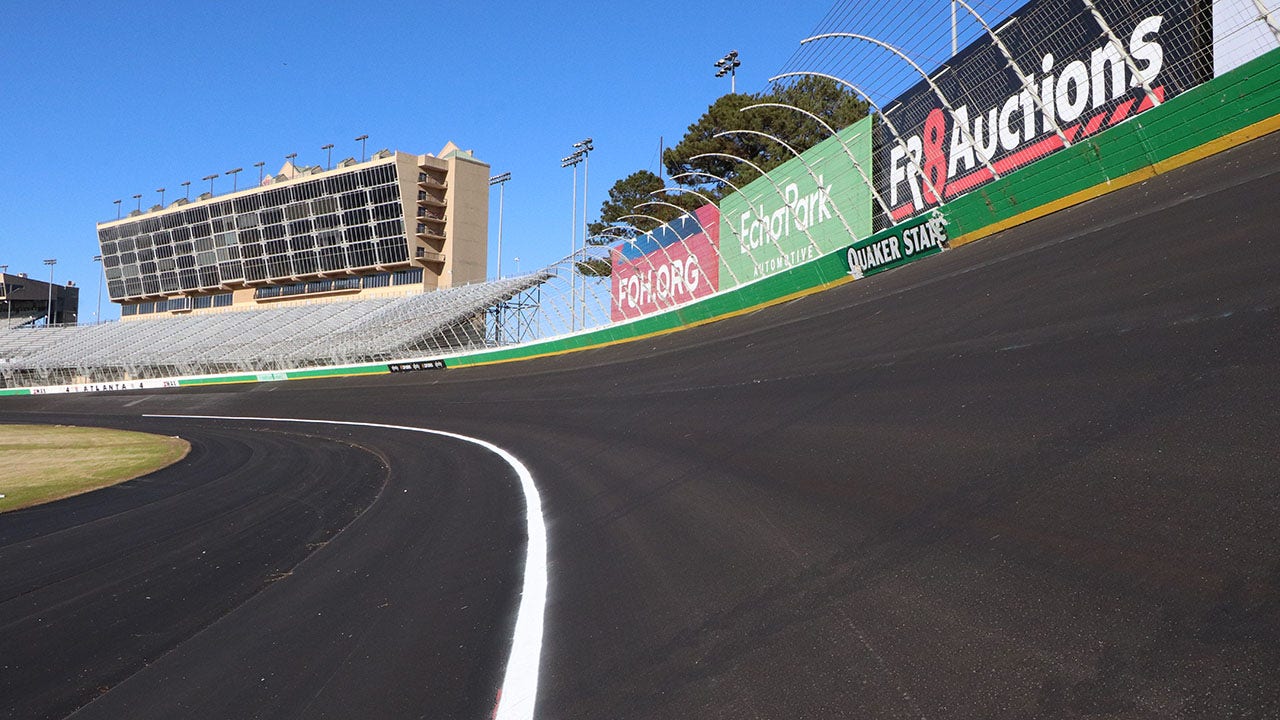 NASCAR‘s newest speedway is one of its oldest.

The track at Atlanta Motor Speedway has been thoroughly redesigned since last July with a new layout designed to improve the racing at the 1.54-mile oval.

The entire surface was torn up for the first time since 1997 and a new one laid down with a modified profile that includes steeper banking and changes to its width.

Banking in the turns has increased from 24 degrees to 28 degrees.
(Atlanta Motor Speedway)

The turns are now set at 28 degrees, instead of 24 degrees, and drop from 55 feet wide to 40 feet wide. The backstretch has also been narrowed to 42 feet, but the dogleg front stretch is widened to 61.5-feet.

There’s also a wider runoff area on the front stretch for safety and a repositioned SAFER barrier and catch fence on the final turn.

NASCAR Cup Series cars were lapping the new track faster during a tire test in January than at last year’s races on the old layout.
(David J. Griffin/Icon Sportswire via Getty Images)

During a tire test session at the track in January, cars were running laps below 31 seconds in the draft and drivers think they could break 30 seconds as they further improve their car setups. Last year’s races Ryan Blaney and Kurt Busch were run mostly in the 32-34 second range.

“It’s not going to be Daytona or Talladega, but are they going to be grouped together? How are you going to build your car? All of those things are going to be a question mark, and I have no clue what I’m getting into.”

Atlanta Motor Speedway opened as a traditional oval in 1960 and was reconfigured into a quad oval in 1997.
(ISC Images &amp; Archives via Getty Images)

This year’s new Next Gen Cup Series cars will use the same superspeedway package as Daytona and Talledega at Atlanta for the Folds of Honor 500 on March 20, which means 7-inch spoilers and engines restricted to 510 hp.

Although it remains very much a wild card with the new cars and track, Kyle Larson is the favorite to win, according to FOX Bet, followed by Ryan Blaney, Hamlin and Joey Logano.

The Folds of Honor 500 is scheduled for 3 p.m. ET on FOX and can also be watched on the Fox Sports app.