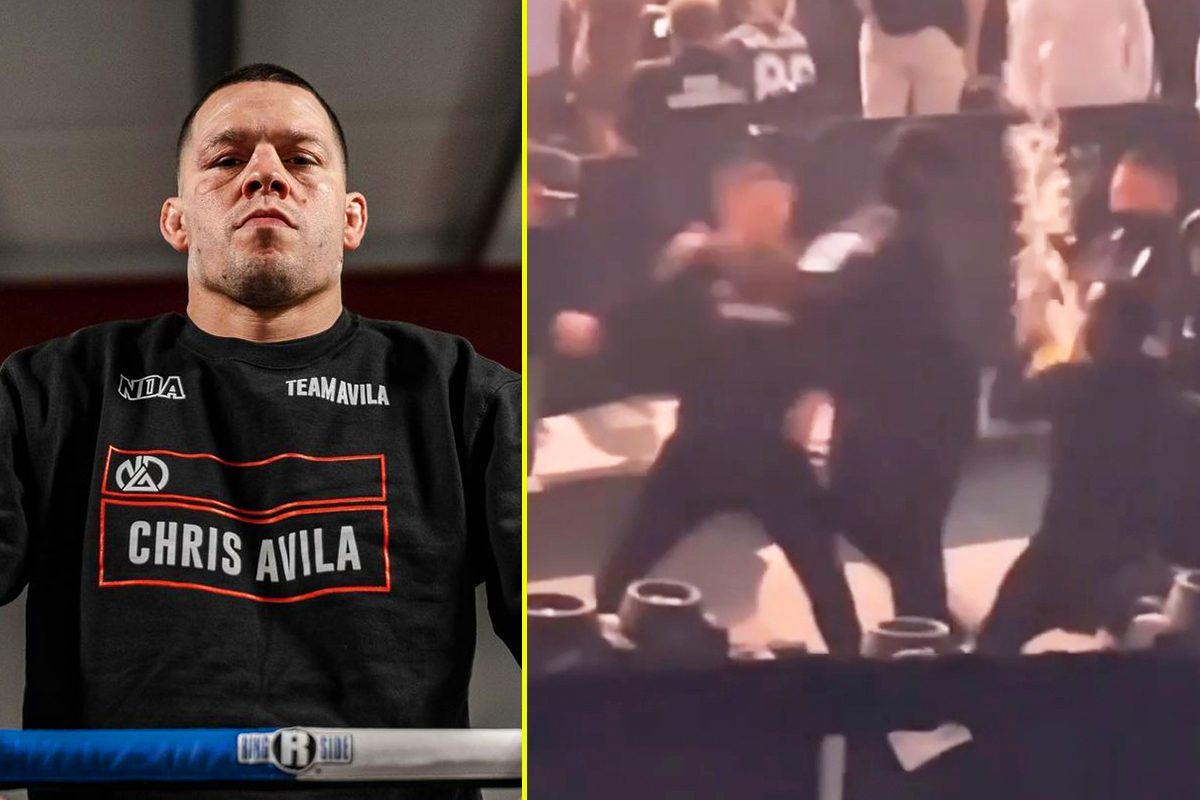 Nate Diaz scared the life out of a man when he threw a fake punch at him as he attended Jake Paul vs Tyron Woodley on Saturday night in Florida.

The UFC star was at the event to support his friend and teammate Chris Avila, who beat Anthony Taylor on the undercard.

On the day before the fight, Nate was involved in an altercation at the weigh-in.

And on fight night, he found drama once more.

A video has emerged showing Nate throwing a fake punch at a man, causing him to hurl his drink in the air out of fright.

It is unclear if the man said something to provoke him.

Dana White posted the clip of the incident on his Instagram.

Some have suggested that it evokes memories of when Diaz made Conor McGregor flinch at the weigh-in before their fight in 2016.

A trilogy fight with Conor McGregor looked to potentially be on the cards for 2022, but Diaz responded to those rumours on Twitter.

He wrote: “I’m not fighting Conor until his leg grows back and he beats some people so we know he can even fight still till then.

“Can I get on January card UFC? Thanks.”