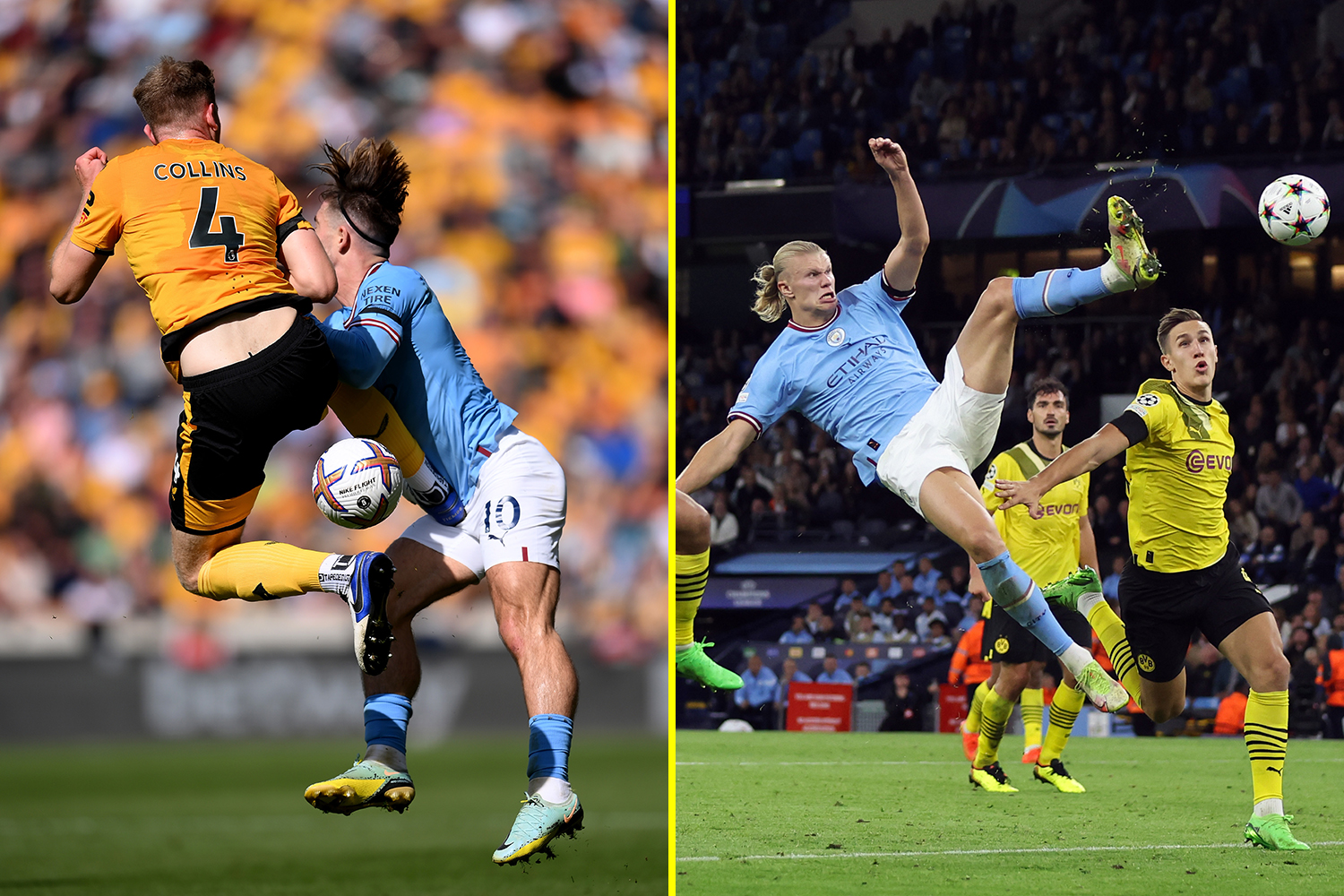 Nathan Collins might have already won the Premier League award for the most blatant red card of the season with a kung-fu kick on Jack Grealish.

It was so bad, in fact, that it was compared to Erling Haaland’s acrobatic matchwinner against Borussia Dortmund in the Champions League.

The Irishman made a 33rd-minute exit from Molineux during the 3-0 defeat after he flew studs-first into Grealish’s abs, leaving the forward with a nasty red mark.

And referee Anthony Taylor needed to time at all to pry open his back pocket, with any hopeful thoughts of a VAR check for the home crowd comprehensively wiped out by replays.

“If you imagine the athleticism Haaland used the other night, Collins has done that but not so well,” he quipped.

Grealish was clearly in pain but later recovered, showing a nasty red mark where the boot had gone in.

It didn’t stop the England international having one of his better games in a City shirt though, scoring after just 55 seconds.

The forward snapped a run since May without a goal or an assist, alleviating plenty of pressure in a week where manager Pep Guardiola was forced to defend his lack of output.

Erling Haaland and Phil Foden completed the routine victory as Wolves managed to limit the damage with ten men.

And speaking after the full-time whistle, Wolves boss Bruno Lage moved to defend Collins despite leaving his team in a lurch.

He said: “I don’t believe that Collins wanted to do that.

“He tried to play the ball, but when you see that you need to admit that it can be yellow, it can be red.

“Yesterday I saw a similar situation in the other game and nothing happened, it was just a foul. Sometimes it depends on the referee.”