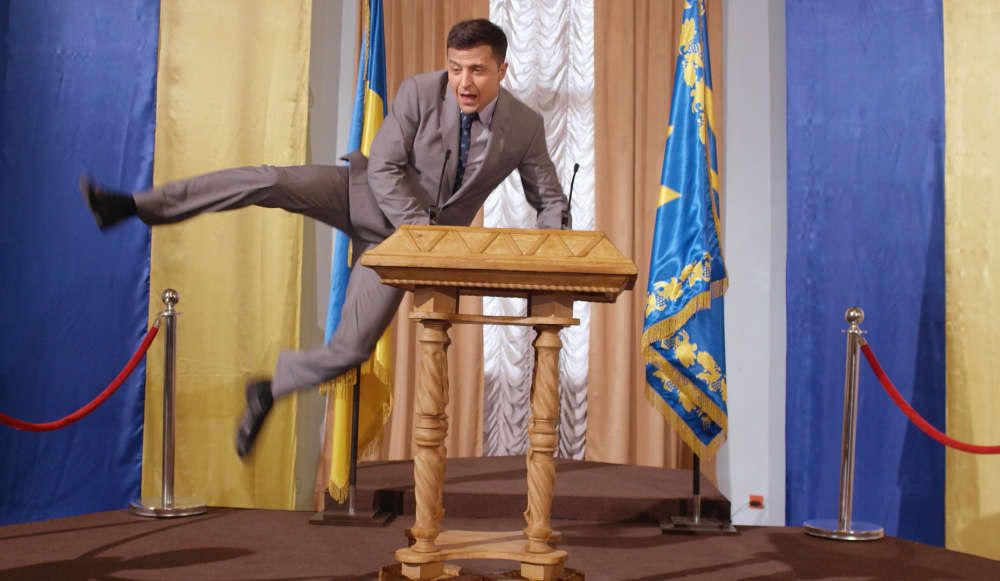 Before he became Ukraine’s sixth president, Volodymyr Zelenskyy was a comedian starring in a popular television series, Servant of the People, that is now streaming on Netflix.

“You asked and it’s back!” wrote Netflix in a tweet on Wednesday.

In the show, Zelenskyy plays a high school teacher who becomes president after a video of him ranting about political corruption goes viral. The series ran from 2015 until 2019, which is the year Zelenskyy — in real life — became president.

Like his character, Zelenskyy had no prior political experience. He continued performing with his comedy group throughout his campaign. Servant of the People was also the name of his political party, registered in 2018. Although Zelenskyy was scrutinized for his reported ties to wealthy oligarchs, he gained popularity because of his fresh outlook and his appeal to young voters.

“I think he’s a lot like his (TV) character in real life,” 21-year-old bartender Ihor Bidenko told Radio Free Europe/Radio Liberty. “But for me, it matters more that he is someone new.”

“You can call what he’s doing populism, but Ukrainians want someone to relate to,” nonresident scholar at the Carnegie Endowment for International Peace, Balazs Jarabik, told the publication.

In a recent episode of The Drew Barrymore Show, comedian Amy Schumer expressed that she wanted Zelenskyy to appear at the 94th Academy Awards on March 27.

“I have some jokes that sort of highlight the current condition. I mean, there’s so many awful things happening, it seems hard to focus on which one,” said Schumer, who is hosting the Oscars this year. “I wanted to find a way to have Zelenskyy satellite in or make a tape or something.”

She said she thought it would be a great opportunity because there are “so many eyes and ears on this show.”

She added: “I’m not afraid to go there — but it’s not me producing the Oscars.”

Servant of the People is now available on Netflix in North America.