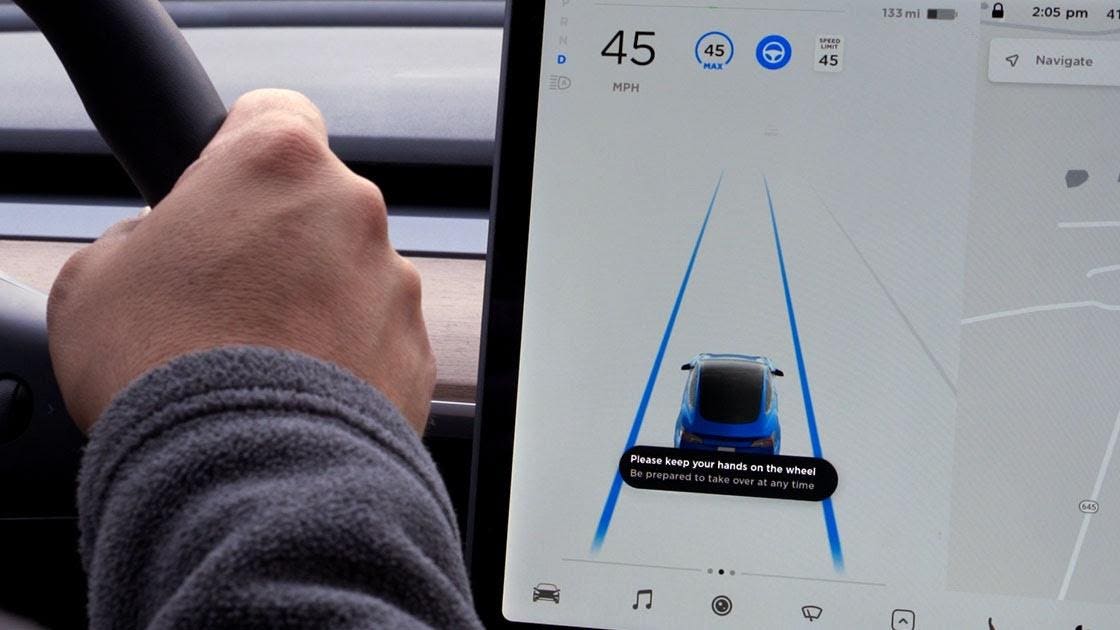 Vehicles on the market today often have partially automated systems that “share” the driving with motorists, like Autopilot, Pilot Assist and Super Cruise.  But most of the new technology doesn’t provide enough back-up protection and lacks features that help prevent or reduce misuse of those systems – both deliberate and unintentional, according to the Insurance Institute for Highway Safety, a nonprofit financed by the insurance industry.

“Partial automation systems may make long drives seem like less of a burden, but there is no evidence that they make driving safer,” David Harkey, president of the Insurance Institute, said in a statement. “In fact, the opposite may be the case if systems lack adequate safeguards.”

On Thursday the safety group announced a new ratings program in development that aims to evaluate how well partial automation systems provide important protections, which it hopes will encourage automakers to create better designs that help keep drivers focused and out of danger.

The ratings are expected to be issued this year.

Despite misleading messaging from some manufacturers, human drivers must still handle many routine driving tasks that the systems aren’t designed to do and also monitor how well the automation is performing and be ready to take over if problems arise, Insurance Institute researchers noted, adding that while most partial automation systems have some safeguards in place, none have all of its recommendations.

Partial automation systems currently on the market use cameras, radar or other sensors to “see” the road, and combine adaptive cruise control (ACC) and lane centering with other driver assistance features, the safety group said. For example, ACC maintains a driver-selected speed but will automatically slow to keep a set following distance from a slower moving vehicle ahead and then accelerate when the way is clear.

“So far, even the most advanced systems require active supervision by the driver,” Insurance Institute researchers noted. “ However, some manufacturers have oversold the capabilities of their systems, prompting drivers to treat the systems as if they can drive the car on their own. In egregious cases, drivers have been documented watching videos or playing games on their cellphones or even taking naps while speeding down the expressway.”

The Insurance Institute researchers cited the fatal crash in Mountain View, California, in 2018, involving a Tesla Model X and its Autopilot system as an example.

“The way many of these systems operate gives people the impression that they’re capable of doing more than they really are,” Alexandra Mueller, an Insurance Institute research scientist who is spearheading the new ratings program, said in a statement. “But even when drivers understand the limitations of partial automation, their minds can still wander. As humans, it’s harder for us to remain vigilant when we’re watching and waiting for a problem to occur than it is when we’re doing all the driving ourselves.”

The safeguards will be rated good, acceptable, marginal or poor.

To receive the top rating of good, the Insurance Institute said, automakers should ensure that their safeguards:

“Nobody knows when we’ll have true self-driving cars, if ever,” Harkey added. “As automakers add partial automation to more and more vehicles, it’s imperative that they include effective safeguards that help drivers keep their heads in the game.”