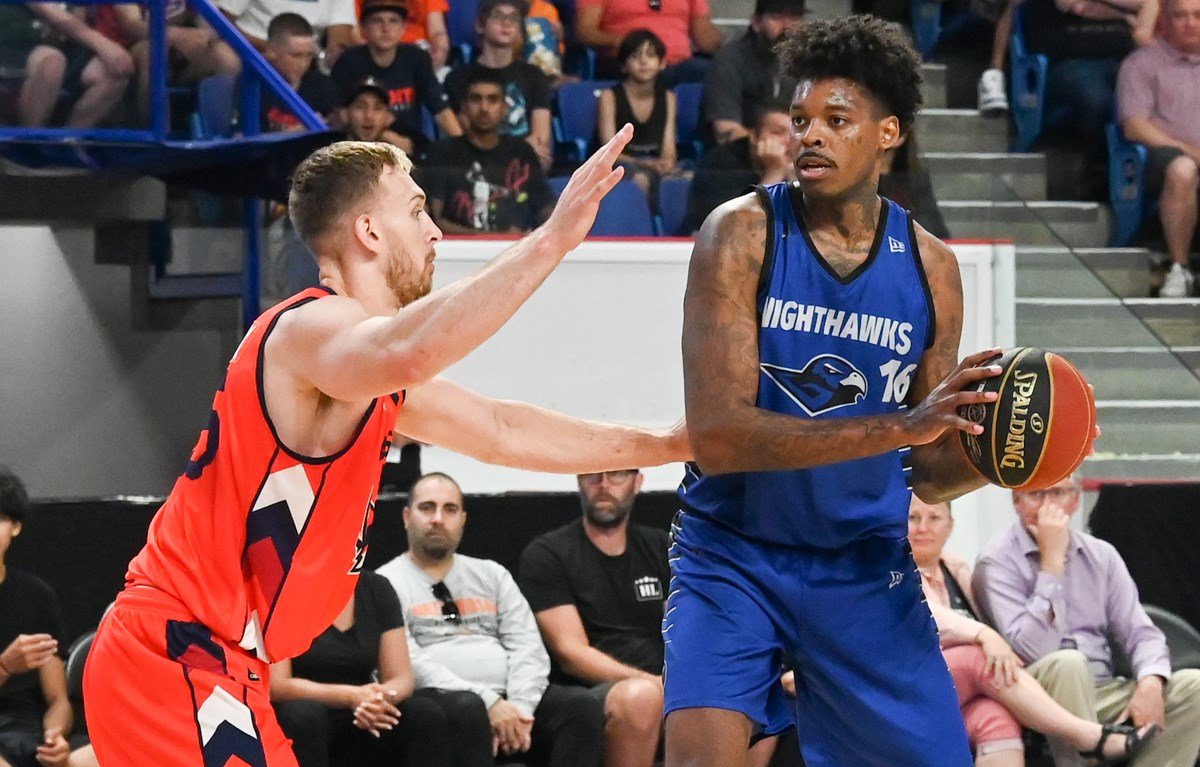 Cat Barber’s step back three-pointer was the dagger, and gave the Guelph Nighthawks a measure of revenge over the Fraser Valley Bandits.

The Nighthawks eliminated Fraser Valley from the Canadian Elite Basketball League playoffs with a 90-85 win Thursday night in British Columbia in the play-in game, flipping the script from the quarterfinals a year ago when the Bandits eliminated Guelph.

Ahmed Hill led the way with a game-high 27 points for Guelph, going six-for-eight from three-point range.

The game was tied at 25 through the first quarter, but the Nighthawks pulled ahead by 14 points by half.

Fraser Valley closed the gap to within two in the third quarter, but Guelph did not surrender the lead and kept the Bandits at bay in the elam ending.

Guelph advances to the quarterfinals, and will take on the Niagara River Lions Saturday at 7 p.m.