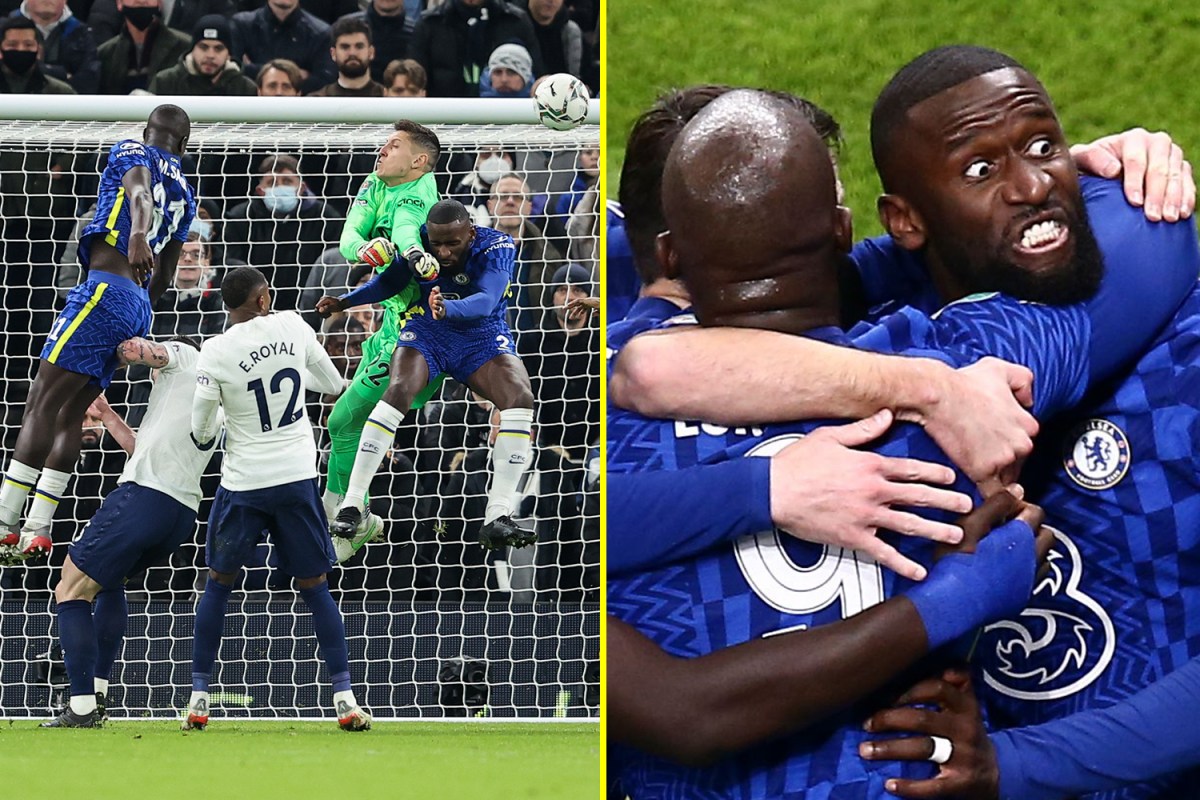 If there was ever a display which showed why Chelsea must keep Antonio Rudiger, it was this one.

The German put in another sensational performance against Tottenham to prove he is deserving of the contract he craves as Real Madrid and PSG lurk in the shadows ahead of a potential free transfer next summer.

Chelsea breezed into the Carabao Cup final with a 1-0 victory (3-0 aggregate) over their London rivals on Wednesday evening.

But in truth, the tie was dead and buried a week ago after Spurs were outclassed by their rivals in the first leg.

Rudiger, though, once again played like he had a point to prove as he put in another sublime display.

It was his goal that sealed back-to-back victories over Antonio Conte’s men and give Thomas Tuchel the opportunity of winning a third trophy in just over 14 months in the job.

In terms of defenders on the planet right now, there aren’t many better – and Ally McCoist couldn’t hide his admiration for the 28-year-old on commentary duty for talkSPORT.

“To play against him must be an absolute nightmare.

“He’s one of those boys who’s quick, will get a tackle into you and doesn’t mind leaving a bit on you which I quite like.

“I’d far rather have someone like that in my team then play against him – and he will take some replacing.

“His form recently has been absolutely fantastic. He attacks both boxes, got the goal, had a header and should do better.

“Clearly, he’ll be a big miss if he leaves Chelsea.”

Rudiger is out of contract at the end of the season and there has been much speculation about his future, but he maintains he is happy at the club.

He said on Sky Sports: “I am enjoying it. I think you have to see it about chapters, and I have enjoyed this chapter, I have enjoyed it so far. It is the best time of my career.”

Tuchel admitted he’s hopeful his compatriot ties down his future to a new deal at Stamford Bridge following his brilliant display.

He said: “Everybody knows, but there’s a lot of ifs in the question. Let’s wait and see what becomes reality.”

Asked if he thinks he’ll stay, Tuchel added: “Why not? We have lots of things to offer him and he is the player that he is in a Chelsea shirt and in a Chelsea environment. He knows it very well.”