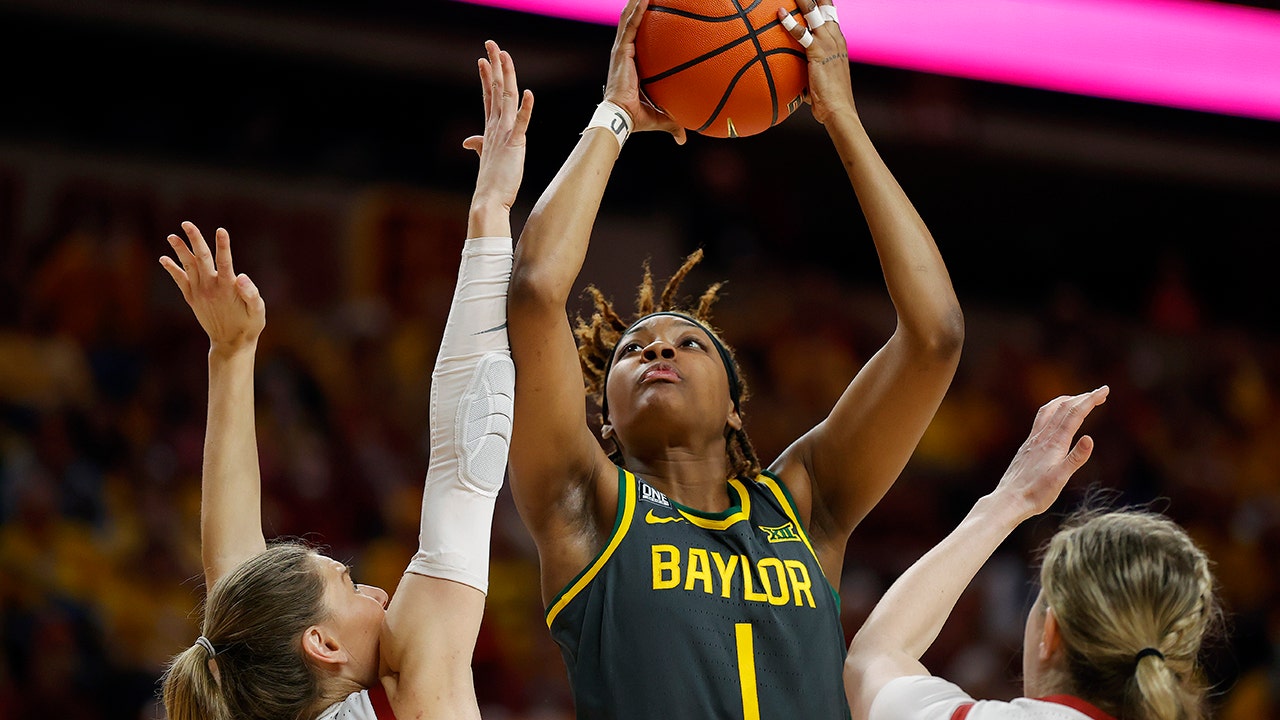 NaLyssa Smith scored 28 points and grabbed a career-high 20 rebounds as No. 5 Baylor clinched at least a share of its 12th consecutive Big 12 regular-season title with an 87-62 win over No. 8 Iowa State on Monday night.

Smith was the catalyst as the Bears (24-5, 14-3 Big 12) seized control in the second quarter and cruised to their ninth straight win.

Jordan Lewis contributed 23 points for Baylor as the Bears completed a season sweep of the Cyclones.

“It’s the expectation here,” first-year Baylor coach Nicki Collen said. “And you know, the pressure was on. We were picked to win it. We were 0-2 and everyone was counting us out and we were vulnerable.”

Baylor became the first team since 2000 to lose its first two games in the league and rally to win the title.

There were six lead changes early in the second quarter, before Baylor seized control.

“We kind of stopped playing defense,” Joens said. “We needed to get some stops and we weren’t able to. It was hard to dig ourselves out of that hole we put ourselves in.”

Smith was dominant, scoring 19 points and grabbing nine rebounds in the first half. She made eight of her first 10 shots.

Joens paced the Cyclones with 14 points in the first 20 minutes, but struggled shooting. A 38.7% shooter from 3-point range on the season, Joens missed all seven of her attempts from behind the arc during the first half. She finished 0 for 8, fouling out with 6:02 left in the fourth quarter.

“She got some really good looks at it, because they don’t really want to guard in space and let Ash get to the rim,” Iowa State coach Bill Fennelly said. “You’re not going to make them all, but you need one or two at a time. Tonight was just one of those nights it wouldn’t go in.”

Iowa State shot just 29% before the break as Baylor built a 41-29 advantage.

The lead grew to 50-31 in the third quarter when Caitlin Bickle scored in the paint. A traditional 3-point play by Smith pushed the margin to 63-39 late in the period.

“Obviously, NaLyssa looked like the national player of the year today and played like it,” Collen said. “You know, they had no answer for her. And then when Jordan got going, that one-two punch was just too much.”

Baylor has posted a Big 12 record of 201-12 during its run of 12 straight conference titles. Iowa State is a lock to make its 20th NCAA Tournament appearance, all under coach Bill Fennelly.

Baylor can clinch the Big 12 title outright with a win Sunday against Texas Tech. Iowa State wraps up the regular season Saturday at West Virginia.