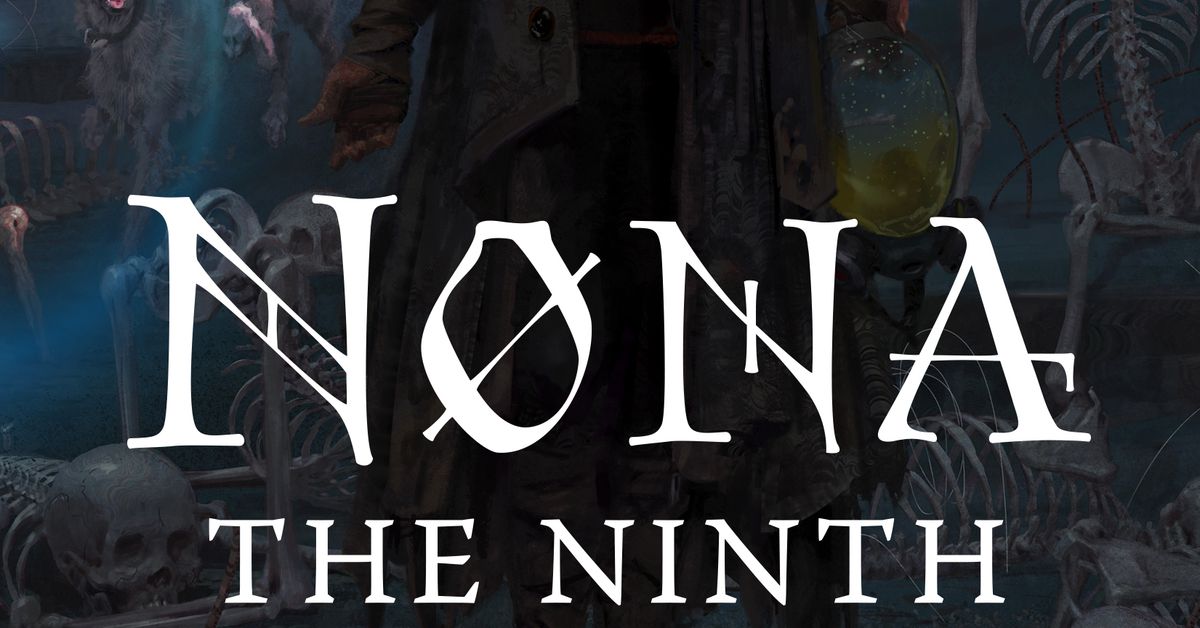 While we at Vox like to maintain a scholarly distance from much of today’s culture, I make an exception for Tamsyn Muir’s Locked Tomb series. Look, I’m a simple soul: You send me a book with the logline “lesbian necromancers in space,” I’m not not going to get excited. I’m a fan is what I’m saying. I put them in our book club.

Starting with 2019’s Gideon the Ninth and continuing on with 2020’s Harrow the Ninth, the Locked Tomb series has become one part space opera, one part genre deconstruction, and one part searing exploration of grief. It’s a rich, luxurious set of books about the fraught power dynamics of intimate relationships, the way childhood trauma reshapes our brains, and, well, lesbian necromancers in space. With skeleton monsters!

The Locked Tomb series was originally supposed to be a trilogy, but a few months ago, Muir and her publisher Tor announced that it would instead be a quartet, and there would be a new volume in store for fans. It’s called Nona the Ninth, out September 13, and we here at Vox have the exclusive cover reveal.

To find out more about what lies in store for us with Nona, I spoke with Tamsyn Muir via email. Our conversation, which you can read in full below, covered Nona’s surprisingly chill vibe, what it’s like to turn your trilogy into a quartet halfway through, and why Nona is living in a different genre from Gideon and Harrow.

We also got the biggest spoiler of all. See that dog posing cutely on the cover behind Nona? Muir assures us that the dog lives! But we won’t know until September if the rest of our faves are so lucky.

Nona sprang from the planned first act of Alecto. I always intended to let her have the entire first act — it felt appropriate — but then there came a point where my editor was asking me how Alecto was going, and I admitted that I thought it was going to be a long book. My editor asked me how long. I said, well, the first act is 140k [words], and there are like four acts and I’m still only in Act II.

After my editor got up from his lie-down, he said that he thought that it maybe wasn’t “physically possible” to publish a 300k+ book. He kept saying cowardly shit like “it gets impossible to print and read.” He made me turn over Act I and was like, “You dope. This is a whole book. Let’s just publish this.” I resisted very strongly for a while because I felt like it was part of Alecto and shouldn’t be separated, but obviously, he won and was right to win.

Spoiler: You still get to meet Alecto, briefly.

What was it like to restructure the trilogy into a quartet? Did you have to make any major structural changes?

No, thank God! To be honest, I should have seen this coming because Act I of Alecto needed to cover a lot of ground, and it was just that it had a novel’s worth of ground.

The Locked Tomb has always been a story told serially, though my desire is that every single book also very much does follow the structure of a book. It’s not just the next bit of The Old Curiosity Shop. This is a book that takes place over less than a week, although it also takes place over 100,000 years, so it may have the effect of making Alecto feel more even.

I’m interested in how this new volume affects the flow of the series. Gideon ends with a Harrow POV epilogue, which takes us right into Harrow the Ninth. And Harrow in turn ends with an epilogue from the point of view of a mysterious figure whose identity we don’t yet know. I had been nursing a pet theory that she was Alecto and that she was following the pattern set by Harrow in book one. Is this mysterious figure at the center of book three? Did adding a third volume disrupt the flow of the epilogues?

Oh, I love pet theories. It’s embarrassing, but I hadn’t realized I was doing the incredibly pat thing of “last chapter introduces the POV of the next book” but it was totally what I was doing. Who is our mysterious figure? All I can tell you is that she is, in fact, Nona.

Nona sets off from the point readers were set down in Harrow — more or less (some stuff’s gone on while you blinked). It might be helpful to read the extra story As Yet Unsent, which I wrote as bonus content for Harrow, to get a little bit of extra context — it’s not mandatory but it does introduce some names that will pop up in Nona. Then Alecto will begin where Nona leaves off. It’s not actually a total divergence.

I did end up writing a total divergence when I was writing Nona, back in 2020, because I wanted to make sure my clockwork made sense — I wanted to make sure that if you wound up Gideon and Harrow and put them on a slightly different route the laws of the universe would still flow accordingly. (I stopped writing because when your editor asks how you’re doing and you’re like “I stopped to write 30k to prove a timeline” he’s legally allowed to shoot you with a crossbow.)

Nona looks pretty chill on this cover compared to the state of Gideon and Harrow on their respective covers. There are only a few skeletons, and they don’t look too menacing. Does that suggest we should expect a different mood in this book than the one we got in the previous volumes?

Nona is the only girl on any of these covers who is having anything approaching a good time. I’ve seen all these covers. Ranked by who’s apparently having the best time: Nona, Gideon, Alecto, Harrow. What I love about the cover (apart from everything) is that it displays to you neatly that Nona is residing in a different genre to the rest of the book. Nona lives in a genre where the back blurb is, “How do you deal with the world’s most embarrassing family — AND school?! How do you cope when the biggest jerk in the universe … turns out to be your secret crush’s out-of-town cousin?!?!”

Everyone else in the book is living in a docudrama where you get a message at the beginning saying, “Caution: Disturbing scenes will follow.”

I do want to note that there’s a beautiful dog on the cover, and that dog is the most important dog in the universe. I realize saying this compromises my artistic integrity because an unsaid central question in the book is, “Will anything go wrong for this dog?” But I lost my dog back in December, and I just want to say, nothing goes fundamentally wrong for the dog.

What can you tell us about what we should expect from Nona and Nona the Ninth?

Obviously, no grim descriptions of awful shit happening to dogs. Oh, damn, though, I realized that a dog does die in the book, but you never meet him. Like he has been dead for a long time by the time you learn about him, and it’s fine.

I quite liked the idea of this story inhabiting a kind of Full-Frontal Snogging genre from Nona’s POV, although I also think she inhabits the genre I think was so wonderfully described by Melinda Taub in the immortal The Wikipedia Entry for Guam, Retold as a YA Novel.

Also, Nona is about a friend you know getting super, super drunk at the club, and you’re sitting with him in the local McDonald’s at midnight as he tells you a bunch of incredibly intimate details about something you always wondered about, and you’re torn between wishing you were not in this McDonald’s and egging him on, because you know he’s really, really going to regret telling you all this when he’s sober.

Last time we talked, all you would say about Alecto was, “Ianthe will be awful. Ianthe will reach new heights of being absolutely goddamn dreadful.” Is that still going to be the case in Nona? If not, where may I direct my official complaint?

When I said that I was thinking about one specific magnificently shitty thing Ianthe does in Alecto, just, the dumbest and pettiest thing I am setting her up to do, and although she is still bad in Nona — spoiler: you do get to spend some time with Ianthe in Nona — I would say her badness, although grim, is within expected parameters of Ianthe.

Actually now I think about it she is the direct cause of quite a lot of nonsense, but she’s hanging out with someone who’s really bad for her, and she has problems. If you do not feel she is bad enough in Nona I give you permission to imagine her punting the dog.