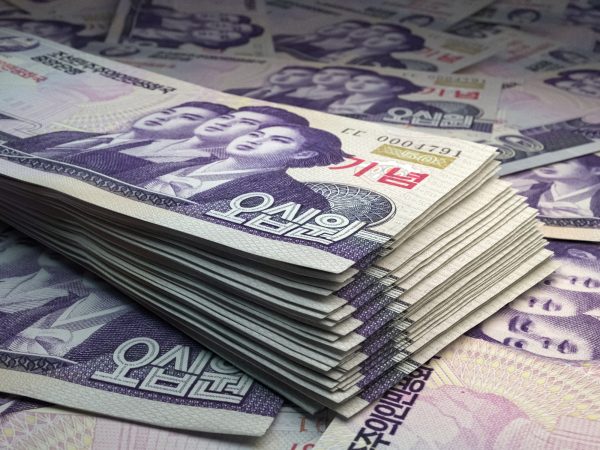 “Earlier this month, the central government dispatched personnel to raid an illegal currency exchange office in Sinuiju,” a source in North Pyongan Province said on Monday. “The authorities found $80 million at the office.”

According to the source, the person running the exchange office was a woman in her 40s. “She also made a lot of money elsewhere, but she mainly was involved in the currency exchange business,” he added.

As part of efforts to improve management of the country’s currency amid economic difficulties, North Korea has been issuing “money vouchers” and taking measures such as banning the use of foreign currency. Illegal currency traders, however, have been an obstacle to implementing these policies.

At the time, the authorities said that the reason for the arrest was that the money vouchers were exchanged for an amount lower than their actual value and that the money changers had made unfair profits by using the vouchers to buy imported goods, gasoline, and diesel, among other things.

This recent raid also seems to be part of the country’s crackdown to “correct the monetary order.” However, this time, the violations seem to be more related to how foreign currency is used, rather than money vouchers.

“The currency trader [in Sinuiju] established a close relationship with the Ministry of State Security and received high commissions when facilitating transactions between China and North Korea,” the source said. “She was arrested and then punished, but I am not exactly sure what punishment she received.”

However, as North Korea is trying to establish a new “order” for money and foreign currency management, there is a possibility that, in order to set an example, this recent crackdown may involve a higher level of punishment than the punishments set out by the law.

It is possible that North Korea and China may have cooperated in investigations to target those involved in illegal foreign exchange transactions between the two countries.

This article first appeared on Daily NK, which contacts multiple sources inside and outside North Korea to verify information. The Diplomat was not able to verify the claims independently.