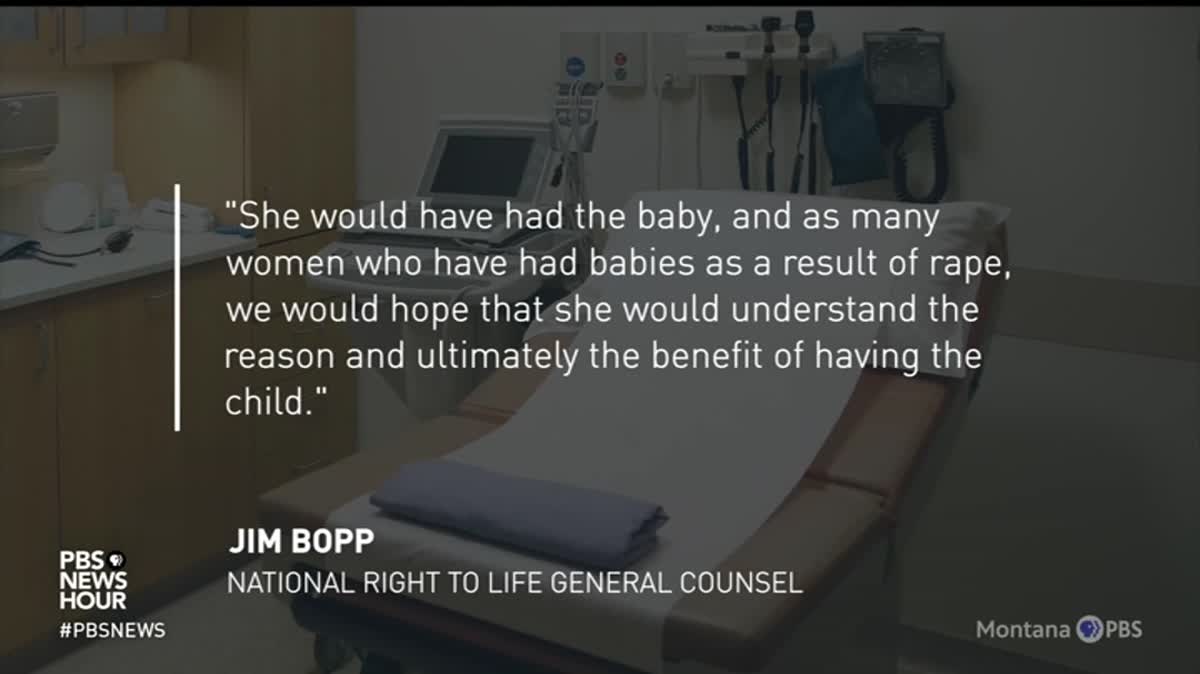 In one of the first major stories resulting from the disastrous U.S. kangaroo Supreme Court overturning 49 years of Roe V Wade, an attorney that authored Ohio’s strict antiabortion laws said the 10-year-old girl who was raped would’ve been forced to carry the fetus to term unless her life was at stake.

Jim Bopp was interviewed by Politico: “She would have had the baby, and as many women who have had babies as a result of rape, we would hope that she would understand the reason and ultimately the benefit of having the child,” Bopp said in a phone interview on Thursday.

There IS no reason or benefit to a 10-year old child. This is just proof that they don’t give a damn about children at all. That 10-year old is a CHILD, not a woman. She is a rape victim. But first, SHE IS A CHILD.

These are the times we face now. A minority of religious zealots are undermining the U.S. Constitution to determine how women live their lives and how abused children must squander theirs.

“Unless her life was at danger, there is no exception for rape,” Bopp said. “The bill does propose exceptions for rape and incest, in my model, because that is a pro-life position, but it’s not our ideal position. We don’t think, as heartwrenching as those circumstances are, we don’t think we should devalue the life of the baby because of the sins of the father.”

This is only the start coming from the Christian nationalists that have overtaken the Supreme Court and countless local municipalities.

Their goals appear to be to create a Constitution Reformation, that ditches the Bill of Rights in favor of one religious doctrine.