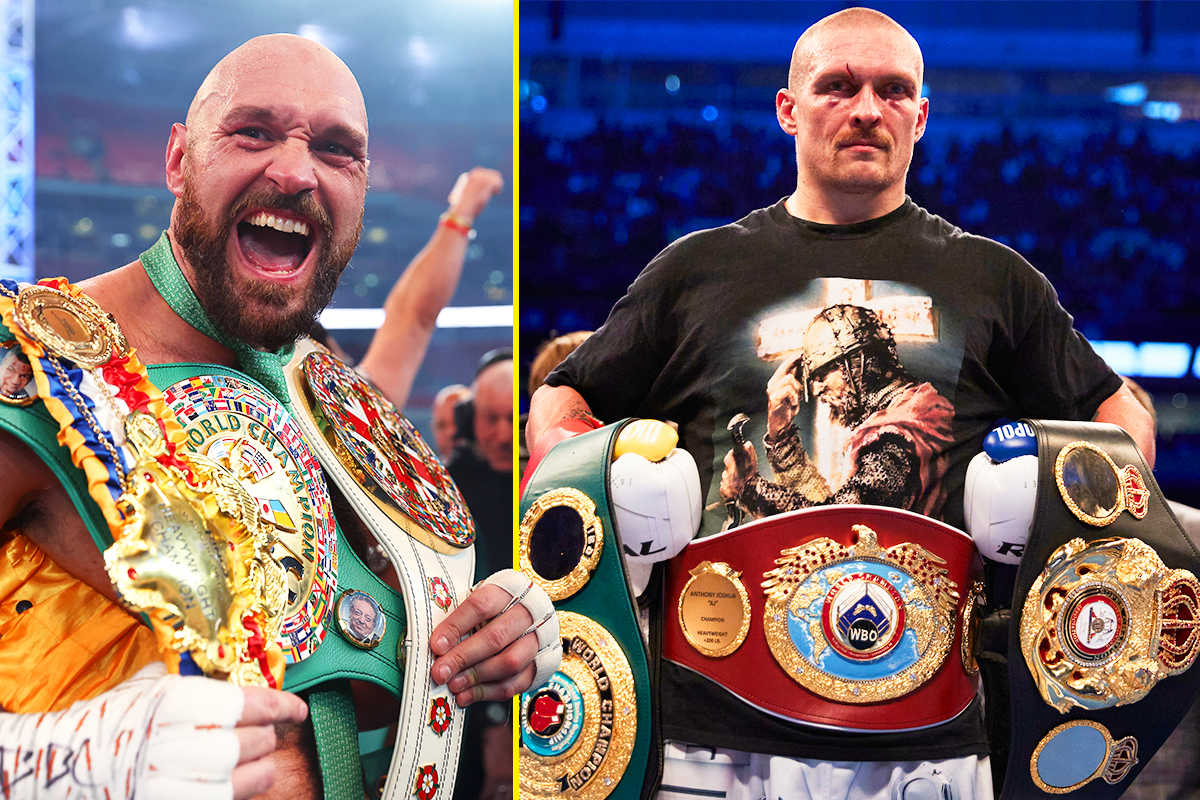 He may have looked in his prime in his two fights with Anthony Joshua, Oleksandr Usyk says he only has three more fights left in the sport.

Usyk is on the top of the world having recently defended his unified heavyweight world titles in a rematch with Joshua.

This came after moving up in weight when becoming the undisputed cruiserweight world champion.

Now ranked as the number one pound-for-pound boxer in the world by the Ring Magazine, Usyk has a world of opportunities ahead of him, but the Ukrainian has revealed that he only wants to have three more fights and there are only two names on his hit-list.

“I can fight in my top form three more times,” Usyk said in an interview of the YouTube channel USYK17. “Yes [I will retire after that].

“Tyson Fury, Canelo Alvarez and a farewell fight at the Olimpiyskiy [Stadium in Kyiv].

“Yes, with Canelo. He wanted to fight with me. But it will be a freak fight, just for the sake of earning money. Why not? I mean, it’s just for money.”

Both of these fights, however, will have to wait a little while at least, as in the case of Fury, it looks like his next fight will be on December 3 against his fellow Brit, Joshua.

As it stands, contracts are yet to be signed but terms have been publicly agreed for the first fight to be a 60/40 split in Fury’s favour, with that changing to 50/50 in a rematch if Joshua wins.

As for Canelo, he had previously said that he wanted to fight Usyk at one pound above heavyweight to become a five weight world champion.

Since then, however, the Mexican was soundly beaten by Dmitry Bivol in an attempt to win the WBA light heavyweight title.

Canelo bounced back recently with a dominant win in his trilogy bout with Gennady Golovkin but until he avenges his defeat to Bivol, an ambitious weight jump to fight Usyk does not seem realistic.

There is also the fact that Usyk himself has called out Deontay Wilder to fight next, so that could add an extra obstacle to potential contests with Fury and Canelo.