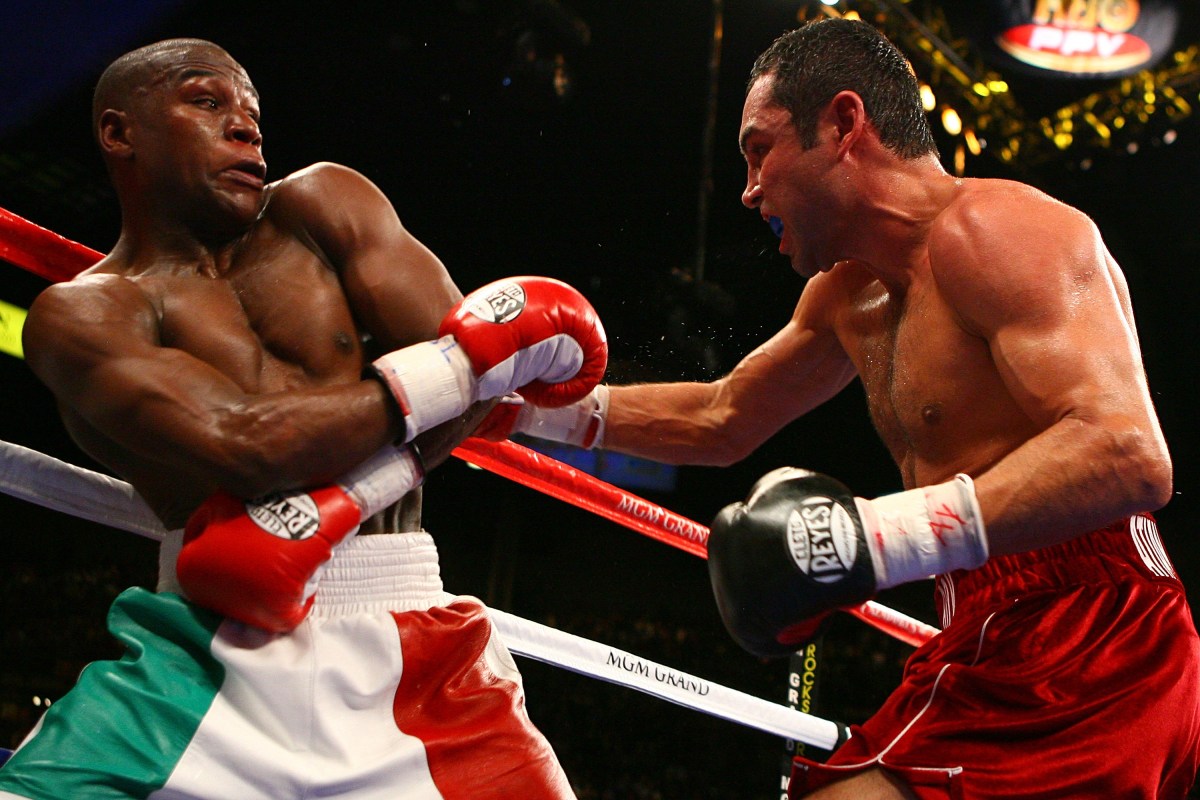 Oscar De La Hoya wants a rematch with Floyd Mayweather next year after being forced to put his comeback on hold.

The 48-year-old legend was due to face Vitor Belfort in September, but pulled out after testing positive for COVID and ending up in hospital due to the virus.

But the American remains keen to get back in the ring for the first time since his defeat to Manny Pacquiao in 2008.

De La Hoya has called out another one of his former foes, Mayweather, who famously beat him via split decision in 2007.

Mayweather, 44, is also retired – but has fought in a number of exhibitions since hanging up his gloves in 2017.

“I was actually in great shape and then COVID hit me, so my morale right now is a little low in terms of me fighting in the ring personally.

“But come January, I’m sure I will get right back into it and start training again and prepare myself mentally first.

“But I do want to get out there again, possibly Cinco De Mayo (May 5).

“Who knows, it could be Floyd Mayweather.

“It’s probably the biggest fight you could make today.”