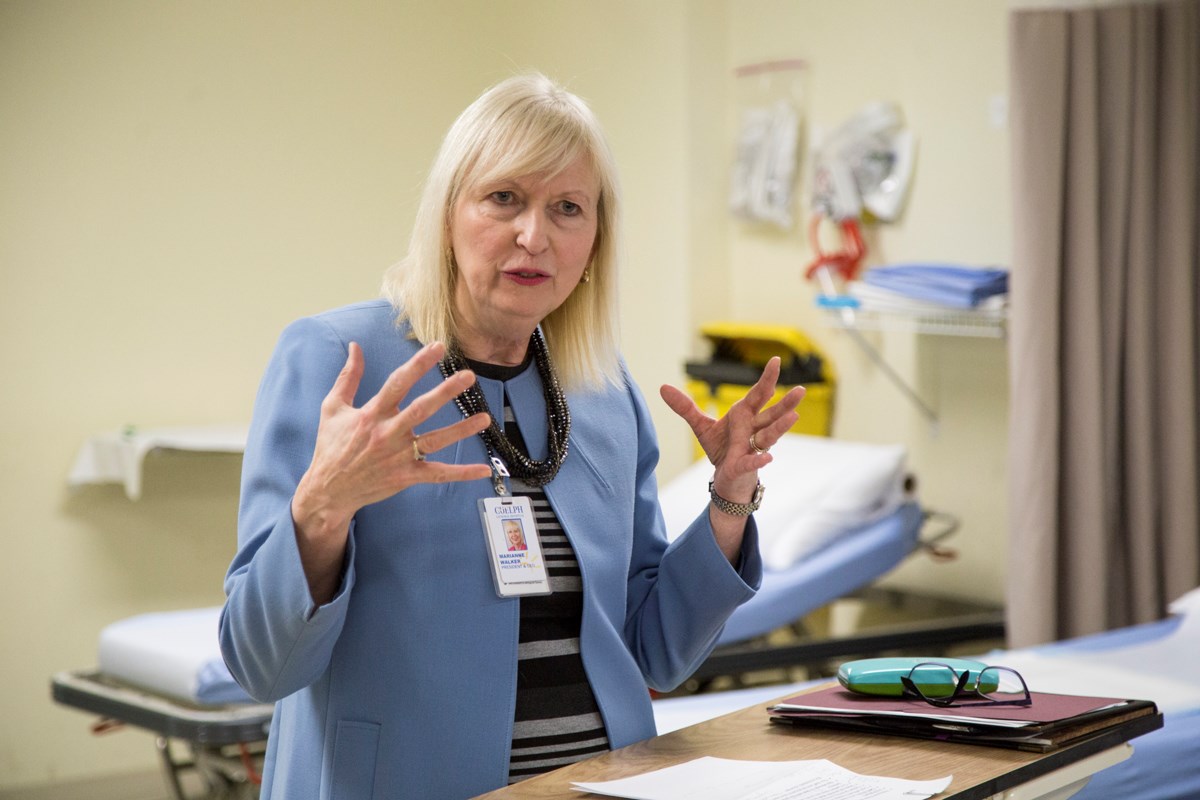 The young nursing student placed in a co-op program at Guelph General Hospital in 1978 never thought she would come back to the hospital years later as its president and CEO.

After announcing her retirement later this year on Friday, Walker reflects on her four decades in health care, the last almost-eight years leading Guelph General Hospital, where not a day felt like work.

“It’s an honour to serve,” was the motto of The Sisters of St. Joseph she took to heart when she began her career as a nurse on the pediatric floor in St. Joseph’s Healthcare Hamilton.

“I have taken that with me throughout my career that it really is a privilege. When I was doing frontline care, when I was a middle manager, when I was a senior manager and the CEO, it really is an honour. Not just actually to serve our patients and families, but also staff,” said Walker.

“I think that’s why I had such joy throughout my career and still do.”

She said health care workers could often take for granted what they do each day.

A particular incident etched in her mind was when she worked as a pediatrics manager.

A mother approached her with a photo of her daughter, asking Walker if she remembered them.

“I said ‘no, but please tell me,’ and she said to me, ‘you saved her life. One day no one could start her IV. She was in distress. You came in, started her IV, and you saved her.’ That one I won’t forget,” said Walker.

“I look at what our team does every day. And it’s not just nursing. It’s the whole team and how they’re saving lives every day.”

Ensuring a continuum of care was central to her work. Whether children or seniors, she understood the importance of involving and engaging family members in decision making for patients.

After working as a registered nurse at St. Joseph’s in Hamilton, she worked as a unit manager at Cambridge Memorial Hospital and then as its CEO. From there, she went back to St. Joe’s as a CEO and president from 2003 and 2014, completed her Ph.D. while working full time.

She did her master’s in health science and administration at the University of Toronto.

“I had so many people encouraging me and mentoring me,” said Walker.

During her master’s placement, her mentor encouraged her to be a CEO. Those few words inspired her to follow the career path.

She said she felt like part of a large family from the moment she began working at Guelph General. Even though she was the president and CEO of the hospital, she was just another member of the family.

But even though her responsibilities grew, she still misses her early days when she was a bedside nurse.

“I tell my team I think I could still do a few things. I wouldn’t know any of the equipment,” said Walker. “It’s very different.

“When I retire, I will keep my registration as a registered nurse.”

One of the greatest joys of her career is mentoring staff, seeing them grow and achieve their goals. She said it was vital for her to get out to clinical areas to remind herself how decisions made at a high level impact staff and patients.

“I’ve never seen anything like it. People are so focused on giving and giving more, even the loose little in the tank at times. During this pandemic, everyone has risen to the top to give their all. It’s remarkable,” said Walker.

Now with the hospital almost ready with its strategic plan and everything in place, she is passing the baton to someone else this fall so she can focus on other aspects of her life, like spending more time with her family, which includes her husband Fred Walker, their two sons Brandon and Ryan and their respective partners.

It’s going to be very much bittersweet, and I’m looking forward to my next chapter. I am going to miss the people I work with. I’m going to miss seeing patients, their families, our donors.

“I’m leaving at a time where I still love my job,” she said about the tough decision.