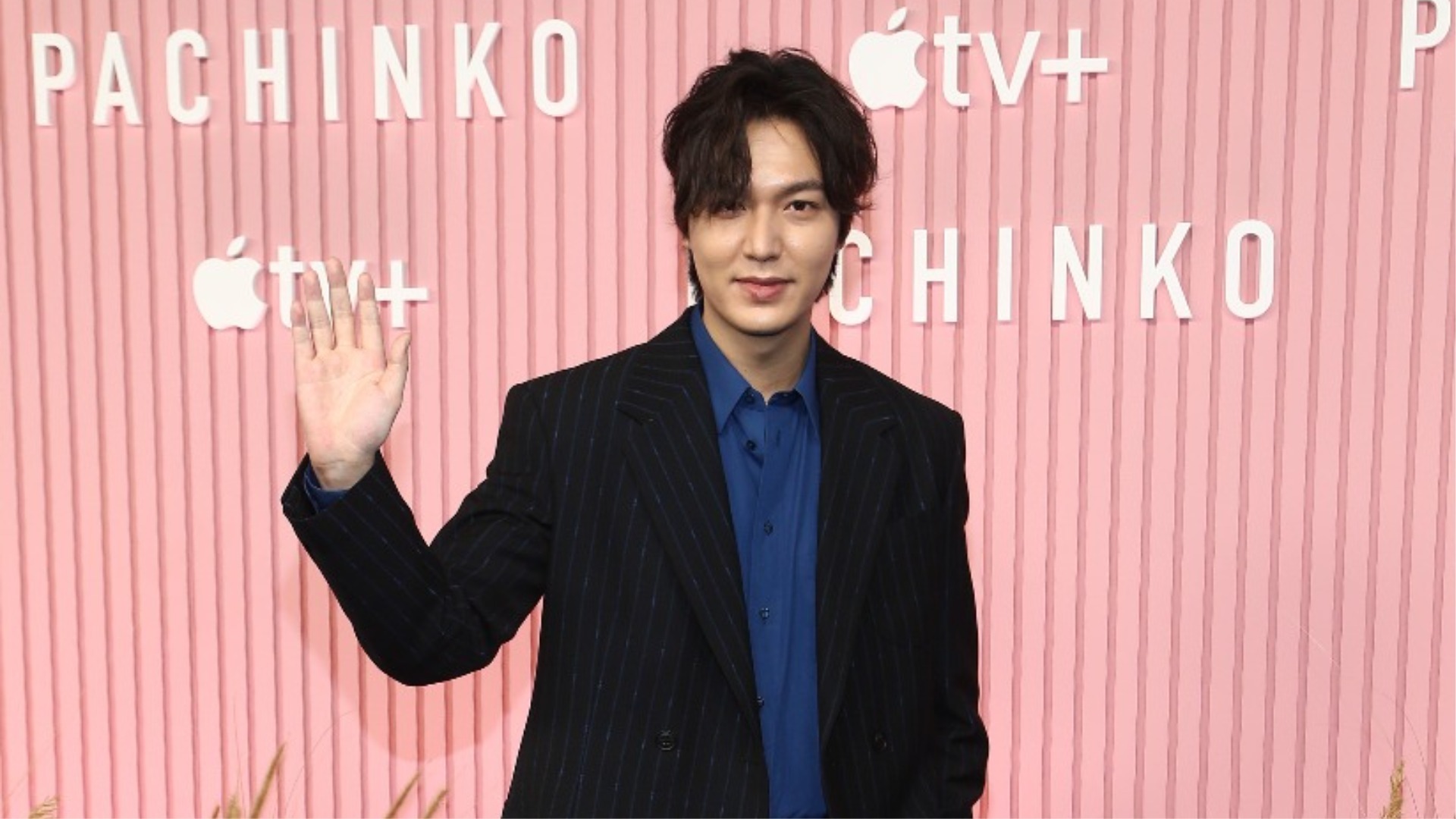 The famous Korean TV series Pachinko, which is based on a best selling novel by the same name authored by Min Jin Lee, has been making headlines already, even before releasing on the OTT platform Apple TV+. Academy Museum of Motion Pictures, Los Angeles hosted the premiere of the show on 16 March attended by many famous guests, including the cast members.

The premiere of Pachinko

At the premiere, Lee Minho looked dapper as he chose to don a classic black pinstripe suit with a matching pair of well-fitted pants and teamed it with a dark blue shirt. He spoke about what drew him to the character of Hansu, why he wanted to be a part of the show, how different is his work in Pachinko as compared to his previous roles and the famous dance in the opening sequence of the series.

Lee Minho on what drew him to #Pachinko: “The story was powerful. I loved it. I could really relate to the strength & resilience of the people who had to live through those desperate & difficult times. My character Hansu has his own way of survival which is quite heartbreaking.” pic.twitter.com/CTJ6Sas9vI

Lee Minho told Variety, “The story was powerful. I loved it. I could really relate to the strength and resilience of the people who had to live through those desperate and difficult times. My character Hansu has his own way of survival which is quite heartbreaking.”

How is Lee Minho’s role in #Pachinko different from his previous work? “Hansu is a much darker character. I think everyone has some kind of good & evil inside them. Hansu is a character that goes from good to kind of bad or evil…it’s challenging, but it was different & good.” pic.twitter.com/bgkUgdBIIF

Lee Minho also spoke about his character Hansu and mentioned that it is a dark character. The actor truly believes that there is good and evil within everyone and that is why he was able to relate to his character. He said, “Hansu is a character that goes from good to kind of bad or evil…it’s challenging, but it was different and good.”

Lee Minho on #Pachinko‘s opening sequence: “I wouldn’t really call it a dance. It was kind of like movement. My fans know that I’m a bad dancer!” pic.twitter.com/gosnBF2FOn

Talking about the famous dance sequence, the actor said, “I wouldn’t really call it a dance. It was kind of like movement. My fans know that I’m a bad dancer!” Giving a little more detail about Lee Minho’s refusal to dance and some behind the scene information about the shoot, the executive producer of the show Soo Hugh said, “No matter what songs we played, no matter how we tried to get him up…you know!”

#Pachinko executive producer Soo Hugh jokes about Lee Minho’s refusal to dance: “No matter what songs we played, no matter how we tried to get him up…you know!” pic.twitter.com/MFJG4fkQQV

The actor also talked about Korean and Korean-American stories getting their due importance in Hollywood. He told Entertainment Tonight, “We now live in a global community without any silos so we can easily share our stories amongst each other and that’s why the once-neglected people are under the light.”

#Pachinko‘s Lee Min-ho is so proud that more Korean American stories are being spotlighted and given a platform to share with a larger audience. pic.twitter.com/J2ihSgV7Ls

Minha Kim on sharing a role with Yuh-Jung Youn in #Pachinko: “I was so honored having the opportunity to play the same role as her and to connect with her.” pic.twitter.com/uS4xWcLj0J

Minha Kim, who portrays the role of teenager Sunja in Pachinko, the show that features multiple-generations, spoke about sharing her character with one of Korean cinema’s revered icons Yuh-Jung Youn. She said, “I was so honoured having the opportunity to play the same role as her and to connect with her.”

At the event, Minha Kim was a vision in white. She wore a crisp white shirt with baggy sleeves and teamed it with a tulle skirt with intricate floral print.

Yuh-Jung Youn, Jin Ha and other celebrities on the red carpet

The legendary actor Yuh-Jung Youn went for a classic all-black full-length dress and paired it with an elegant string of pearls. Black Swan actor Natalie Portman also graced the occasion looking fierce in a bright red bodycon dress and she completed the monotone look with an oversized blazer and matching heels. However, it was Jin Ha’s attire that stole the show. The actor stood out from the rest of his cast in his traditional pink and blue ensemble.

Jung Eun-chae also opted for an all-black look and wore a tulle black skirt which she teamed with a well-fitted buttoned-down blazer top. Just like most of the cast, Soji Arai was also seen in an all-black ensemble which consisted of a black suit with matching pants and a crisp shirt.

What is Pachinko about?

Pachinko is a popular betting game in Japan and the TV series portrays a family that gets a chance to change their lives through the game. The series is based on a book by the same name and it chronicles the life of Sunja. It is a story based on the era when Japan invaded Korea.

Sunja is a young girl who helps her mother run a boarding house and leads a rather uneventful life. Things change when she meets Koh Hansu (Lee Minho) who stands out from the rest of the crowd. The two fall in love but cannot be together as Hansu is already married. Not wanting to be the mistress of Hansu, a pregnant Sunja marries a minister named Isaak Baek (Steve Sang-hyun) and tries to move away but the two cannot get out of each other’s life.

Pachinko will start streaming on Apple TV+ from March 25.