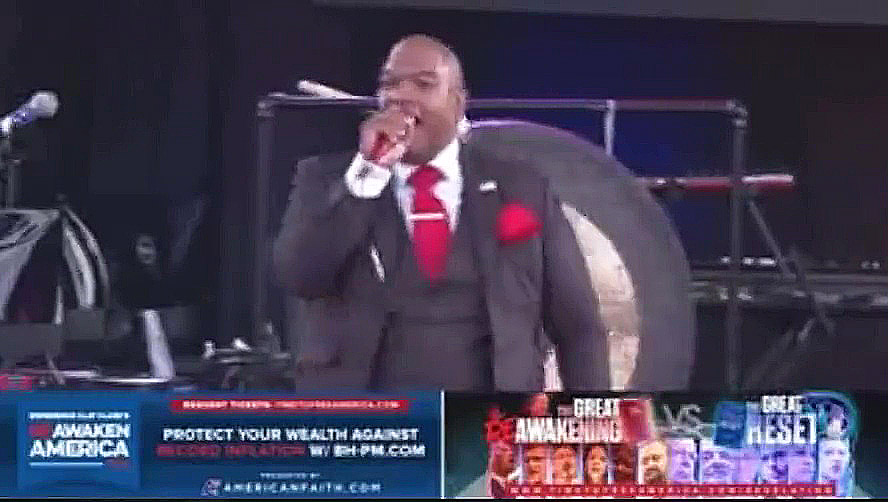 Speaking at Eric Trump and disgraced Michael Flynn’s ReAwaken America tour in Idaho last week, South Carolina Pastor Burns, a Trump surrogate that was caught lying about his resume by CNN, went on an insane rant about demons and devils from hell.

Speaking at the QAnon/Evangelical event Pastor Burns, who lost his political bid to win the Republican nomination in South Carolina earlier this year thanked Flynn for making an appearance.

In his screaming sermon (rant) Burns later made his thoughts known about the majority of this great nation.

Pastor Mark Burns, at Eric Trump and Michael Flynn’s event in Idaho: “I’m coming here to declare war on every demonic, demon-possessed Democrat that comes from the gates of Hell!” pic.twitter.com/URUcHo11V8

“I’m coming here to declare war on every demonic, demon-possessed Democrat that comes from the gates of Hell!”

This is what the Evangelical movement is all about. Any person that leans left is a demon from hell. Anyone that supports Trump’s racist and horrific narcissism is an angel in service of the Lord.

To this political observer, they want chaos, violence and war if need be to fulfill their religious takeover of the United States of America.

Evangelicals originally made up the majority of the Tea Party movement in 2009, after Barack Obama was elected. When Traitor Trump showed up in 2015, they became more radicalized and formed the MAGA cult.