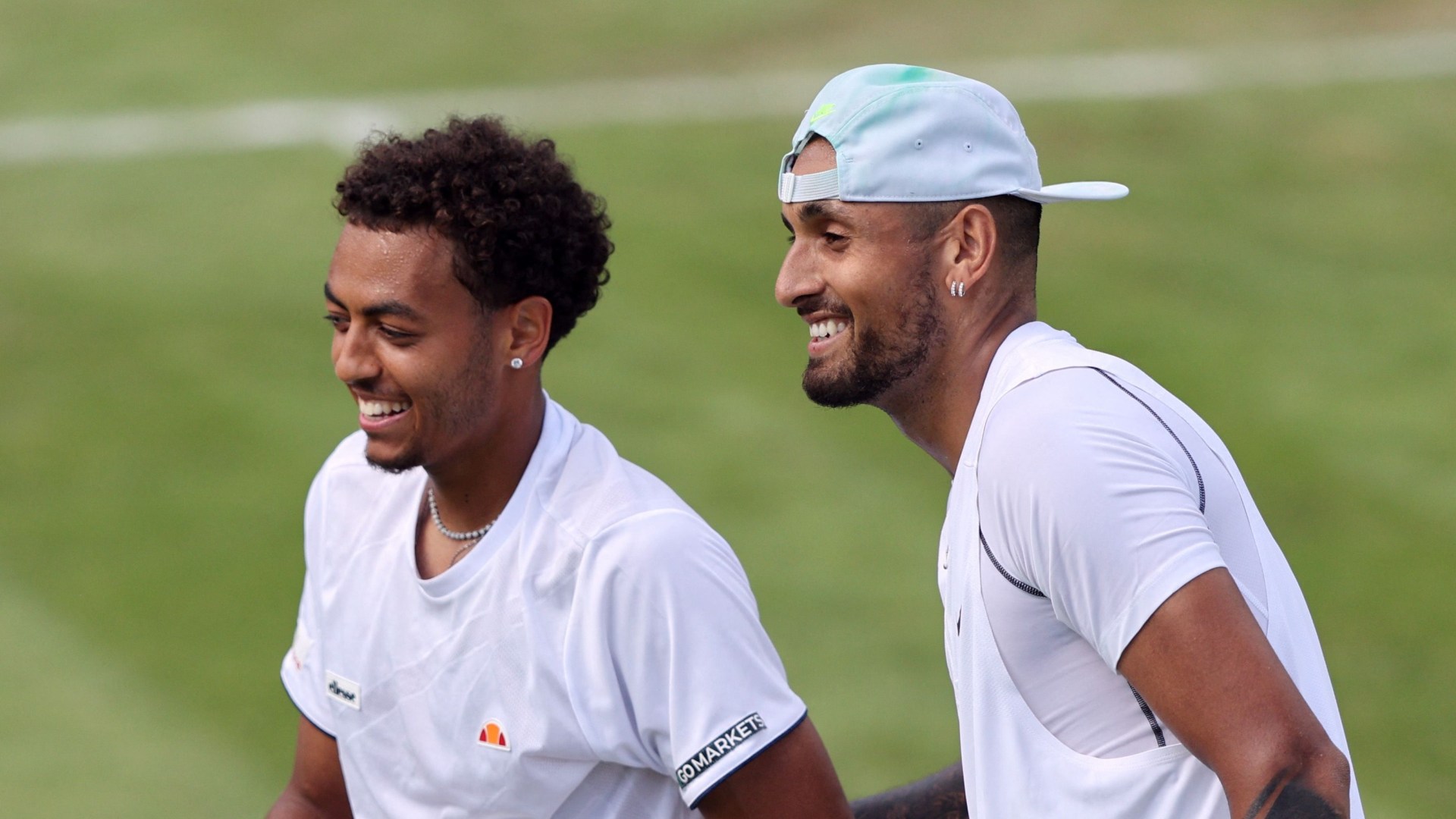 Jubb was involved in a five-set thriller with Kyrgios but could not pull off a shock as he suffered a 3-6 6-1 7-5 6-7 (3) 7-5 loss – although headlines were dominated by the behaviour of his opponent, rather than the quality tennis on display.

The British number eight threatened to produce a surprise result when he reeled off the opening set in 23 minutes, while his eccentric opponent hinted at implosion when he blasted a tennis ball out of Court Three.

Kyrgios had to dig deep to win in five sets after three hours and five minutes, but there were plenty of flash points that threatened to boil over.

Within 12 minutes, he had called a line judge a ‘snitch’ and later demanded a spectator be removed.

The Australian took issue with the behaviour of the crowd, but his own actions drew plenty of criticism.

He admitted to spitting in the direction of a spectator following the conclusion of the match, later saying it was deliberate and he owed no apology to the fan in question.

When asked if he heard the abuse from the crowd, Jubb told talkSPORT Breakfast: “Little parts, yeah. For the most part I was trying to stay in my own lane and block all that stuff out.

“It’s back and forth. It’s the crowd going at him and him sometimes firing them up crowd and it just escalates.

“I don’t like to see that stuff. I want him to be happy with his career and playing.

“I don’t like to see him not enjoying his time and getting into these battles with the crowd and things like that.

“I wish him all the best. He’s such a good player and he’s probably heard it all before with his potential.

“I hope his relationship with the tennis world gets better, more smiles and bit less controversy.

“He’s a big influencer to many people and has a big impact on many people. I wish him the best and I’m sure he’s going to do many more big things in tennis.”

There was plenty of respect from Kyrgios towards Jubb with the pair sharing kind words after the conclusion of the match.

Jubb, 22, was in his second appearance at Wimbledon, but his performance went far beyond his ranking suggested.

He added: “First of all, seeing familiar faces in the crowd was really good. In stages, I was able to show what I’m capable of.

“I think I could have done some things better, I don’t think I played to my full potential, but that’s credit to him, he’s such a tough player and doesn’t allow you to play.

“He goes through his service games so quickly, so there’s more pressure trying to hold serve.

“Overall I competed well and kept my head out there, which I’m proud of and like to pride myself on.

“It’s case of backing myself more.”

Jubb is someone who has backed himself a lot over his short career and battled against the odds to become a professional tennis player.

He was raised on a council estate in Hull by his grandmother after losing both his parents before the age of four.

He went on to play tennis at the University of South Carolina and won the prestigious NCAA championships.

Jubb continued: “In my younger years, I probably struggled a bit accepting the start I had and not having two parents around me.

“My grandma is an amazing woman and has done an unbelievable job. I had a great childhood, my friends and family around me are tremendous people and guided me throughout my years.

“They brought me up really well, I always remind myself there are a lot of kids out there who had worse starts to life and not even had other people around them to help them.

“I’m very grateful to what I have had.”