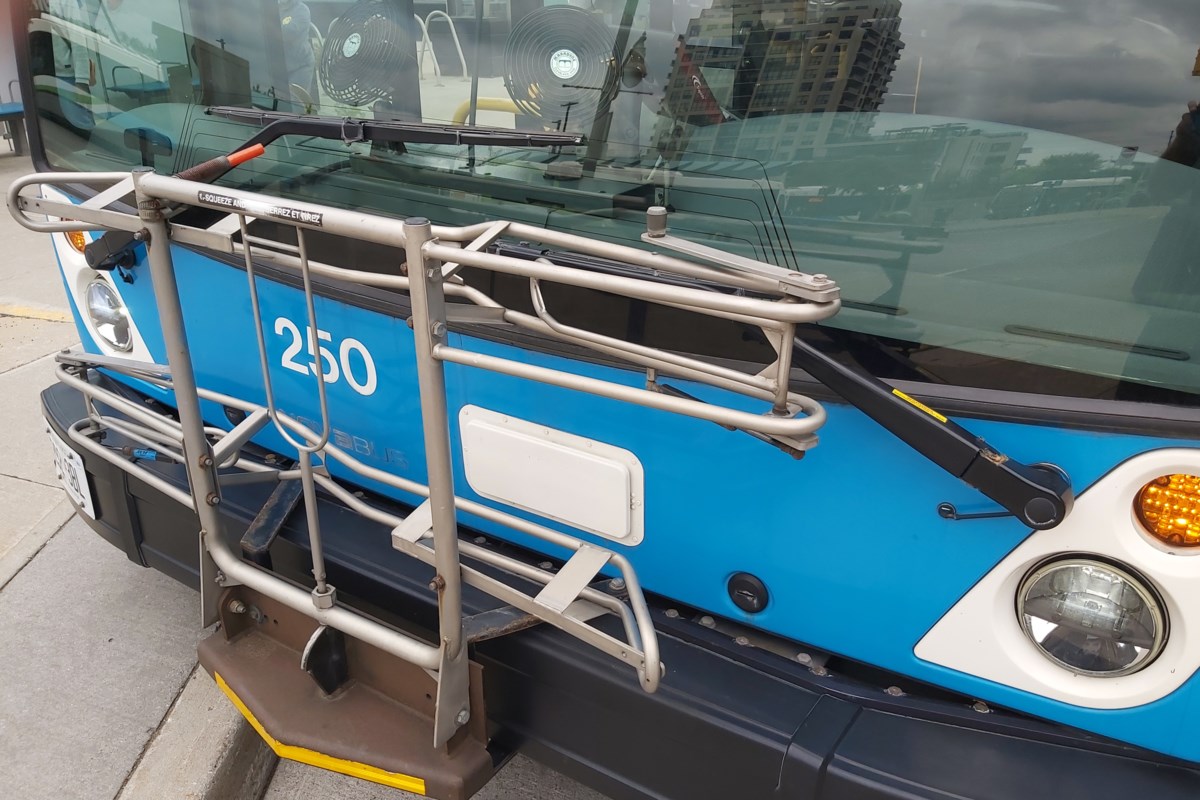 This past holiday Monday, I decided to try Guelph Transit’s on-demand holiday service, and I was not disappointed.

You see, to be disappointed, there must be some expectation from the beginning that the thing you’re invested in is going to be a success. As a bitter and jaded transit user, any idea that Guelph Transit can work for those riding it has long since calcified inside me, and by that metric, on-demand service was not disappointing.

The problem isn’t the software. You call up the app on your phone and tell it where you are and where you want to go, and the app will tell you when the bus can come by and get you. This is step one, and step one was a resounding success. I wanted to go to Stone Road Mall, there was an available bus in the not-too-distant future, so it was easy to get out and get (ahem) on my way.

So I went out to the bus stop and it seemed like I was not the only one looking to spend a holiday Monday out and about on transit. Unlike me though, this family of four had not hailed a bus. They didn’t even know that they had to book a bus on an app for this specific day.

There was a language barrier too because the parents did not speak English as their first language, so I did try to explain the situation with help from their daughter who smartly made the comparison between on-demand transit and Uber. When my bus did arrive, they got on too since we were all going to the same place, but I’m not sure if they were ever able to hail the bus to get home.

First, there was a bus that arrived before “my” bus, and it seemed like the driver was stopping at every stop where someone was waiting for a ride to remind them that transit was on-demand that day. I thought it was weird, but apparently this is something that drivers were doing because the driver of my bus to the mall did the same thing.

The second note is that the bus to the mall pulled up on the other side of the road. No problem for me being an able-bodied person, but it would probably be a pretty big deal for someone with mobility issues.

As for the ride to the mall, a trend was emerging. We pulled up across from Willow West Mall and four people were waiting for the bus there, apparently unaware that the service was operating only on-demand for the holiday. They also clearly had a language barrier.

This was not a unique phenomenon because by the time we reached the mall about a dozen people had gotten on this bus and I was the only one that had booked its use via the app. Some people got on to go to the mall, but others got on with a promise from the driver that she would drop them off somewhere they could connect to the #99 Mainline, the only bus route offering “conventional service” that day.

After it was all said and done, I got to Stone Road Mall 35 minutes after being picked up from my local stop, which is the exact same amount of time it would have taken had conventional service been running on all routes that day. Even the supposed selling point of on-demand, getting a more direct bus to your destination, failed pitifully.

Now I will say that the bus ride home was a markedly smoother experience. The bus arrived on time, on the right side of the road, and even dropped me off earlier than estimated by the app. It was also a more direct ride, and everyone else on the bus had booked in advanced and were swiftly and smoothly checked in by the driver. This is how it’s supposed to work.

I would also note that the bus stops were markedly empty on the way home. Perhaps the message had been received about booking a bus in advance by that point, or maybe people had given up and, ironically, requested an Uber instead. In any event, I took two trips using transit on-demand, and there was a 50 per cent success rate.

I draw attention to this for a number of reasons, and not the least of which is that among the most reliable users of Guelph Transit are new Canadians and people with limited economic means, two groups of people now hung out to dry on the dozen or so days of the year where transit is only running on-demand.

Clearly, there’s still a lot of outreach for the City to do if people are still expecting the bus to roll by on it’s regularly scheduled rounds on the third holiday since on-demand was first launched. There’s also clearly an outreach issue when a transit operator pulls up to your stop, asks if everyone there has booked their ride, and then tells the one guy who did to instruct the others on how he did it.

Once again, Guelph, Canada’s most environmentally sensitive city, has kneecapped its transit system to make it something unnecessarily difficult to use, if not impossible, depending on the barriers you have to overcome. It’s not easy being green, but it’s not easy using Guelph Transit on a holiday either.