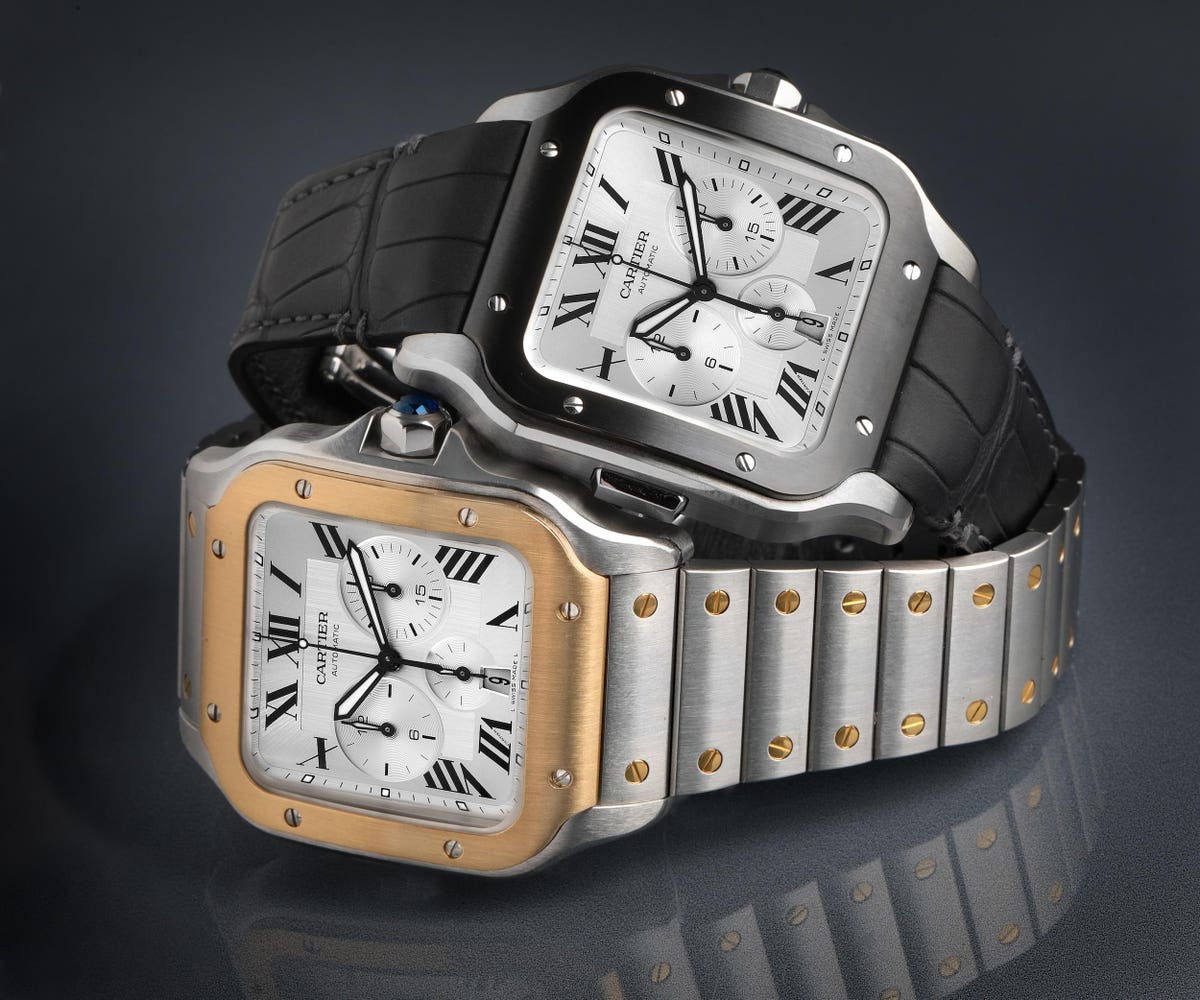 For centuries, nobility and the upper classes have avidly collected exquisite clocks and complicated timepieces. Today, however, thanks to a dynamic pre-owned prestige watch market, high-end horology is a more democratic hobby, and for some people, it’s an obsession. With the help of credit cards and installment payments, online sales of pre-owned, prestige watches are the new normal at this point in horological history. What’s more, financial analysts Kepler Cheuvreux and the global business strategy firm Boston Consulting Group peg the worldwide pre-owned watch market’s value at approximately $20 billion. They estimate that about 35% of pre-owned watch sales presently occur online, while 55% happen offline, and 10% take place at auction.

To better understand why so many people are buying such a high volume of pre-owned watches online rather than in brick and mortar settings, this writer quizzed Eugene Tutunikov, CEO of SwissWatchExpo.com, the Atlanta-based pre-owned prestige watch e-tailer. While the family-owned firm also has an Atlanta showroom, it typically maintains an inventory of 3,000 timepieces and updates new arrivals to the site on an hourly basis. From November 23 through November 29th, 2021, SwissWatchExpo.com is offering $150.00 off on all purchases with the coupon code BLACKFRIDAY150. “Although Black Friday officially falls on November 26 this year,” Tutunikov said, “We’re morphing it into a week-long event in order to spread good watch vibes this holiday season.” Having already sold to over 30,000 clients worldwide, Tutunikov projects that, “This holiday season, we expect to help over 2,400 customers find great watches.”

Various factors are driving the growth of the pre-owned watch market, according to Tutunikov. To begin with, he noted, “Increased global wealth, driven by stocks and cryptocurrencies, along with ever more new online watch collector and information sites, are all educating younger people who are starting to buy and sell pre-owned luxury watches online.” He added that Swiss-watch collecting musicians like Jay-Z (who name checks Hublot and Richard Mille in his lyrics) and filmmakers like Spike Lee, who collects Rolexes and wears them on the red carpet, plus prominent social media accounts, are all powering sales of pre-owned Swiss watches. Tutunokov also observed that, “In 2020, leading Swiss-made luxury watch brands like Audemars Piguet, Patek Philippe, Rolex, Richard Mille and Omega all maintained the limited production runs that have traditionally driven demand for their elegant; expertly engineered and expensive timepieces.” The demand for luxury watches outstrips retail supply and has thus fostered long waiting lists. Given that pre-owned prestige watches cost less than brand new models, “Watch lovers who are tired of waiting are increasingly turning to the pre-owned market to satisfy their needs,” Tutunikov said.

In an age where billions of us carry smartphones with built-in clocks, why does anyone feel the need to buy a pre-owned wrist watch, especially one that costs as much as say, the Vacheron Constantin Overseas Steel and Rose Gold chronograph with grey dial, #49150? This timepiece retails on SwissWatchExpo.com for $23,990.00 and comes with manufacturer’s papers and box, and gleams with an 18-karat rose gold bezel, screwed-down crown and pushers. With a 30-minute sub-dial at the three o’clock aperture; a small seconds sub-dial at the six o’clock aperture and a 12-hour sub-dial at the nine o’clock aperture, it exudes smart chic. Tutunikov ventured this theory as to why costly watches such as this are so widely coveted: “Prestige watches embody the history of engineering and complicated watchmaking heritage, and they’re made of precision-tuned parts plus noble metals like gold or strong, good-looking and lightweight metals like titanium. These kinds of watches impress with stylish and powerful presence. Because they’re built to last more than one lifetime, they symbolize endurance, precision and artistry.” (As it happens, Tutunikov wears a Rolex Sky-Dweller, which displays the time in two time zones simultaneously and has an annual calendar.)

In all fairness, it must be noted that online, there are pre-owned watch-selling platforms where some customers don’t always know who they’re buying from. Moreover, some sellers never disclose that the pre-owned timepieces they’re selling contain parts which were never part of the original models— or that the watch is working improperly. Such ‘Frankenwatches’ are forbidden at SwissWatchExpo.com. As Tutunikov explained, “Our watchmakers meticulously inspect every single watch to ensure that parts are specific to that particular model. For instance,” he related, “we would never convert a Rolex stainless steel model to a steel and gold model, or vice versa.” Another example concerns crystals. “We would never place a synthetic sapphire crystal on a vintage model which rightfully requires an acrylic one. While we would never put a vintage movement in a modern case to make a Frankenwatch,” he continued, “we would also never add accessories such as a diamond dial, diamond bezel, or diamond bracelet on a watch that never belonged to the original model.”

According to Tutunikov, “Holiday shoppers started coming to us in October. Some customers have mentioned to us that they are paranoid about the lack of holiday merchandise, while others are concerned that prices will jump for the goods remaining.” Nevertheless, “We seem to be talking to more women customers this holiday season than last. A lot of our women customers tend to buy watches by Cartier,” he continued. “They know that the house is a great jeweler and watchmaker that produces timeless, elegant pieces at various price points.” SwissWatchExpo.com also has numerous Rolex customers, Tutunikov said. “They tend to select either the traditional women’s size models, or men’s size sport watches like the Daytona Cosmograph. When they are buying for themselves, some women customers choose unusual dial colors and diamond configurations that they may be less likely to receive as a gift.”

When women are buying for men, however, Tutunikov reports that popular models include the Omega Seamaster, which is a classic dive watch, or the Omega Speedmaster. “Some women are familiar with Omega Seamasters through the James Bond films, as the actors who portray Bond wear Seamasters onscreen,” Tutunikov noted. In fact, SwisswatchExpo.com recently sold an Omega Seamaster Diver 300M Co-Axial Master Chronometer 42 mm watch with titanium case and bracelet, which is identical to the one that Daniel Craig wears in the recently released, 25th official Bond film, No Time to Die. “The Speedmaster is a chronograph that comes in many variations,” Tutunikov related, “including the classic Moonwatch that has been made for over 50 years, and it also comes in contemporary special editions.” Rolex watches, such as the Submariner, Explorer, Daytona, and Datejust are also in demand, Tutunikov said, because “Rolex is a widely recognizable and highly coveted brand. Many of our women customers say that Rolex is the brand that their boyfriend or husband ‘has always wanted.’” There is also a global community of Rolex lovers who regularly seek out old, discontinued models, Tutunikov noted, because of their intriguing designs, relative rarity and vintage appeal.

Along with Vacheron Constantin, other important watch brands carried at SwissWatchExpo.com that may be of interest to collectors this holiday season include Breguet, founded in 1775 by Abraham-Louis Breguet. Credited with patenting or inventing many major horological achievements, Breguet developed self-winding perpétuelle watches, introduced gongs for repeating watches, along with the first shock-protection for balance pivots. Louis XVI and Queen Marie-Antoinette both purchased from Breguet because his watches contained the latest horological advances. In addition to producing the Breguet balance-spring, Breguet’s first carriage clock was sold to Napoleon Bonaparte. While the master also invented the sympathique clock and its dependent watch, the tact watch, Breguet patented the tourbillon in 1801. While both Napoleon and Wellington wore Breguets during the fateful battle of Waterloo, today the house is known for technically superior watches housed in elegant designs and ultra-refined cases.

Recent sales figures for online pre-owned watches highlight the enormous growth potential in a market which, according to McKinsey research, is sustaining 8 to 10 percent annual growth. “SwissWatchExpo.com grew by 41% last year,” Tutunikov told this writer, “and I project we will grow by 50 percent in 2021, based on sales thus far.” While he is targeting 40 per cent growth for 2022, Tutunikov predicted, “My expectation is that we will outpace the market for the next few years as we continue building the business and our brand while further investing in our talented team.” How the pre-owned prestige watch market will grow in the next few years remains an open question, but one thing’s for certain: high horology is here to stay as a hobby for men and women who value how a well-engineered watch keeps track of Time while looking great on the wrist.